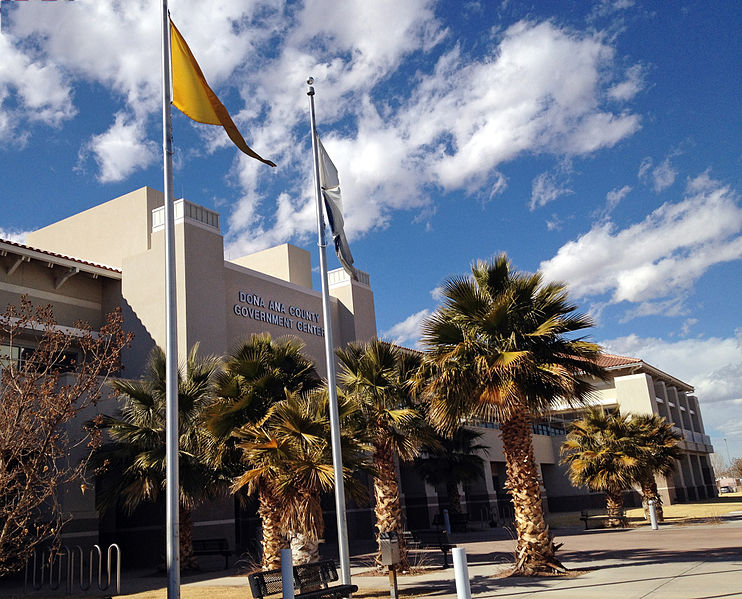 A Doña Ana County Commissioner mired in controversy over the past several weeks announced his resignation on Thursday.

In a letter to Doña Ana County Commission chairman Benjamin Rawson, Vasquez said he suffers from post traumatic stress disorder and wants to focus on his health, family and marriage. His marriage in particular, Vasquez said, suffered from what he said was a false allegation from the Democratic Party of New Mexico Vice-Chairwoman Neomi Martinez-Parra.

“I am amazed and disappointed how people like Neomi Martinez-Parra can make completely unsubstantiated claims,” Vasquez wrote. “She gave no evidence and has refused to even mention any specific incident.”

To Vasquez though, the calls for his resignation were a knee-jerk reaction.

“My party, in it’s zealousness, has shown they do not have compassion for individuals with PTSD, and they don’t care about the truth,” Vasquez said.

Ellenberg said the party did not act hastily, adding that he was actually “overly concerned with due process,” after he learned about Martinez-Parra’s sexual harassment allegations.

“As I said in my letter last week, I was inappropriately slow in asking him to resign,” Ellenberg told NM Political Report.

Ellenberg also implied that Vasquez was disingenuous in his claim that he has “done nothing to merit the allegation from Neomi Martinez-Parra.”

State Rep. Angelica Rubio, D-Las Cruces, was one of the state officials who called for Vasquez to resign last week. She said it’s important to remember elections and calls for resignation are both parts of the same process.

“The same democracies that elected him are the same ones that encouraged his resignation,” Rubio said.

Rubio added that she’s not surprised that Vasquez would take final shots at the party in his resignation letter.

“Knowing the former commissioner and just his personality in how he’s handled these situations, I’m not surprised he would dig his heels in,” Rubio said

Now, Gov. Susana Martinez will be tasked with choosing Vasquez’s replacement. According to the New Mexico Constitution, the commission seat will be up for election this November. Whoever wins that race will serve the remaining three years of the term.

The governor’s office did not respond to an inquiry regarding Martinez’s decision making process. In the recent past, in order to fill vacant county or state elected positions, Martinez announced an application process for those interested.