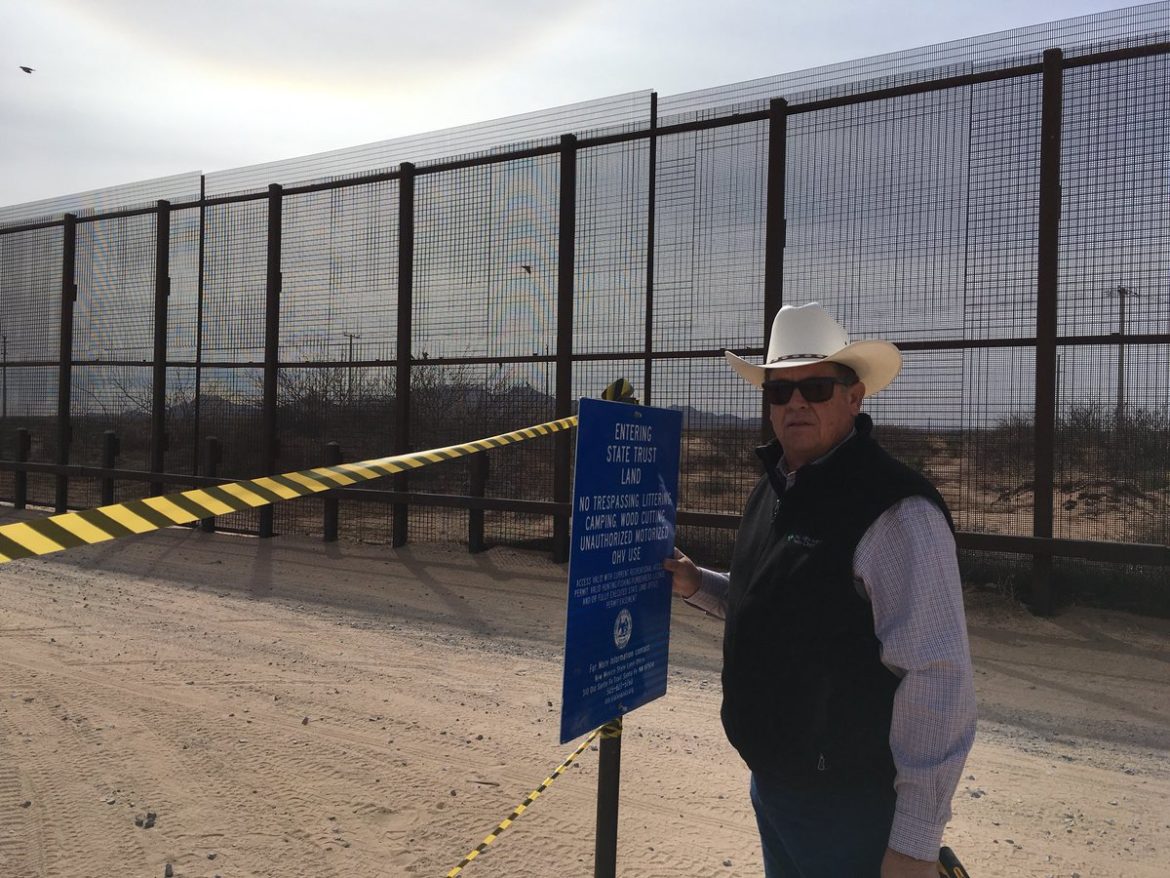 New Mexico’s State Land Commissioner said he will block the United States government from accessing some state lands along the border unless they can come to an agreement on access to the area.

The newly-minted Libertarian, who is running for U.S. Senate, posted signs Tuesday along a mile of state trust land along the border with Mexico.

In a press release, he called the construction of fences and roads on the land a “federal land grab.”

He told the Associated Press his office would install a fence to block access to the property if his office can’t come to an agreement with the federal government.

Dunn said an investigation by his office found the federal government constructed a road and a fence on a stretch of land without acquiring the necessary right-of-way.

Dunn wrote to the federal government about state lands along the border, and proposed a land swap, earlier this year.

“My repeated requests for compensation are ignored, therefore I’m shutting down the federal government just as I would shut down any business trespassing on State Trust Lands,” Dunn said in a statement. “Border security is important, but so are our kids and they have a right to collect the money earned from the lands they own.”

The U.S. Border Patrol did not directly respond to Dunn’s move or statements, but an official did issue a statement.

“U.S. Customs and Border Protection is diligently evaluating the concerns outlined by the New Mexico Land Commissioner’s Office and will contact them directly to address their concerns.  CBP values its relationship with the New Mexico state trust lands,” the official said. “An important part of CBP’s strategy to successfully secure the nation’s borders includes developing and leveraging partnerships and dialogue with state and local stakeholders to ensure that the unique operational needs of each region are effectively met.”

The Republican candidate for U.S. Senate, Mick Rich, was quick to attack Dunn for it, calling it a “stunt.”

“Aubrey Dunn should be ashamed of himself,” Rich said. “He’s endangering New Mexico’s border region residents just to get his name in the paper. What a typical career politician.”

Dunn ran for the 2nd Congressional District seat in 2008 as a Republican but lost in the primary, and lost a state senate race in 2012. His role as land commissioner is his first elected position.