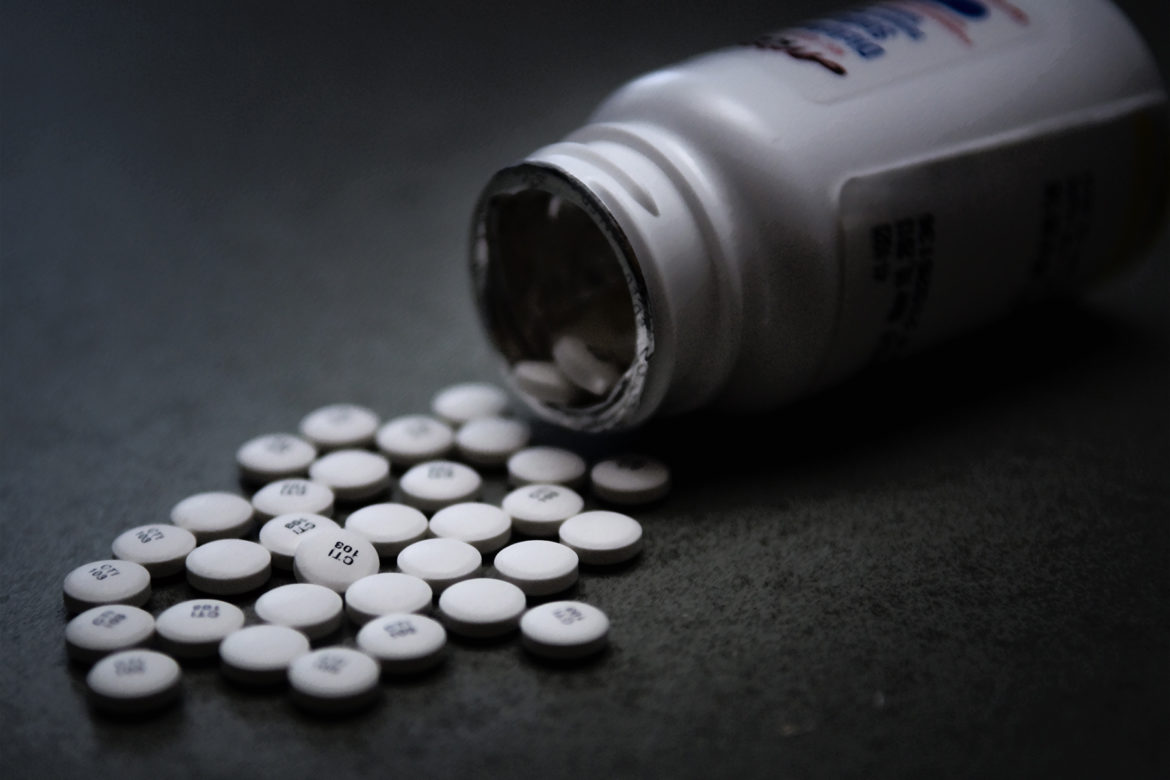 Prescription pain pills are seen dumped out on a table at Grissom Air Reserve Base, Ind.

The nation’s opioid epidemic has been called today’s version of the 1980s AIDS crisis.

In a speech Monday, President Donald Trump pushed for a tougher federal response, emphasizing a tough-on-crime approach for drug dealers and more funding for treatment. And Congress is upping the ante, via a series of hearings — including one scheduled to last Wednesday through Thursday — to study legislation that might tackle the unyielding scourge, which has cost an estimated $1 trillion in premature deaths, health care costs and lost wages since 2001.

Dr. Leana Wen, an emergency physician by training and the health commissioner for hard-hit Baltimore, said Capitol Hill has to help communities at risk of becoming overwhelmed.

“We haven’t seen the peak of the epidemic. We are seeing the numbers climb year after year,” she said.

Provisional data from the Centers for Disease Control and Prevention suggest that almost 45,000 Americans died from opioid overdoses in the 12-month period ending July 2017, up from about 38,000 in the previous cycle. (Those data are likely to change, since many death certificates have not yet been reported to the CDC.)

“It’s not going to get any better unless we take dramatic action,” Wen said.

And the time for most meaningful change could be dwindling. Advocates say what they need most is money, which would most likely come through the government spending bill that’s due March 23. But they aren’t holding their breath.

Show Me The Money

The federal budget deal, which was signed into law in early February, promised $6 billion over two years for initiatives to fight opioid abuse. Congress is still figuring out how to divvy up those funds. The blueprint is expected to be included in the spending bill this week.

Last month, a bipartisan group of senators introduced a bill that would add another $1 billion in funding to support expanded treatment and also limit clinicians to prescribing no more than three days’ worth of opioids at a time.

That legislation is likely to have wide support in the Senate, but its path through the House is less certain.

This cash infusion is still not going to be enough, predicted Daniel Raymond, policy director for the Harm Reduction Coalition, a national organization that works on overdose prevention.

“It’s not clear whether there’s a real appetite to go as far as we need to see Congress go,” he said. “To have a fighting chance, we need a long-term commitment of at least $10 billion per year.” Academic experts said that assessment sounded on target.

The figure is more than three times what’s allocated in the budget and 10 times what even the new Senate bill would provide, and far beyond the spending levels put forth by any previous packages to fight the opioid epidemic.

The difficulty in getting funding — and a key reason why the bipartisan Senate bill might stall in the House — in part goes to the heart of Republicans’ philosophy about budgeting.

The GOP, which controls both chambers of Congress, has “always been very focused on pay-fors,” said a Republican aide to the House Energy and Commerce Committee, explaining that new funding is generally expected to be accompanied by cuts in current expenditures so that overall government spending doesn’t rise. And that could limit how much money lawmakers are ultimately willing to commit to fight opioid abuse.

Some observers worry this notion is pound-foolish.

“We have an enormous set of costs ahead of us if we don’t invest now,” said Dr. Traci Green, an associate professor of emergency medicine and community health science at Boston University, who has extensively researched the epidemic.

Meanwhile, the House could take up its version of a separate Senate-passed proposal designed to, in certain cases, make more prominent any opioid history in a patient’s medical record. The idea is to prevent doctors from prescribing opioids to at-risk patients.

In addition, the House’s Energy and Commerce Committee in late February held a hearing focused on “enforcement” — discussing, for instance, giving the federal Drug Enforcement Administration more power in drug trafficking, and whether to treat fentanyl, a particularly potent synthetic opioid, as a controlled substance. This week’s hearings will tackle a slew of public health-oriented bills, such as making sure overdose patients in the emergency room get appropriate medication and treatment upon discharge, or expanding access to buprenorphine, which is used to treat addiction.

And the House Ways and Means Committee, which has jurisdiction over Medicare — the federal insurance plan for seniors and disabled people — is working to develop strategies that limit access to opioids and make treatment more available.

These are some promising ideas, Raymond said, but it’s still “playing catch-up. … The big gap is the money, and the broader vision.”

This flurry of activity comes after Congress in 2016 passed two laws directly dealing with addiction and substance abuse disorders, the Comprehensive Addiction and Recovery Act and the 21st Century Cures Act. CARA promised $181 million — although it didn’t appropriate those dollars — while the Cures Act provided $1 billion over two years.

It’s playing out against the backdrop of steady policy tensions.

The Trump administration, which in October declared the opioid epidemic a public health crisis, has repeatedly pushed a more punitive approach, such as harsher sentences for drug trafficking, including the death penalty and establishing mandatory minimum sentences. That emphasis, experts said, detracts from other parts of the plan that might highlight, say, addiction treatment.

Instead, those experts emphasized treatment and prevention as well as “harm reduction” ideas such as providing more overdose-antidote medication and funding programs like syringe exchanges.

They say focusing on punishment has been ineffective in the past and neglects the heart of the issue.

Certainly, curbing the flow of illegal drugs is important, Wen said. But it’s insufficient by itself. And the size of the problem means lawmakers need to provide quicker, more direct aid — not just proposals that tinker “around the edges.”

“We would never refuse any funding, because we need it desperately,” she said. “But ask us what we need.”