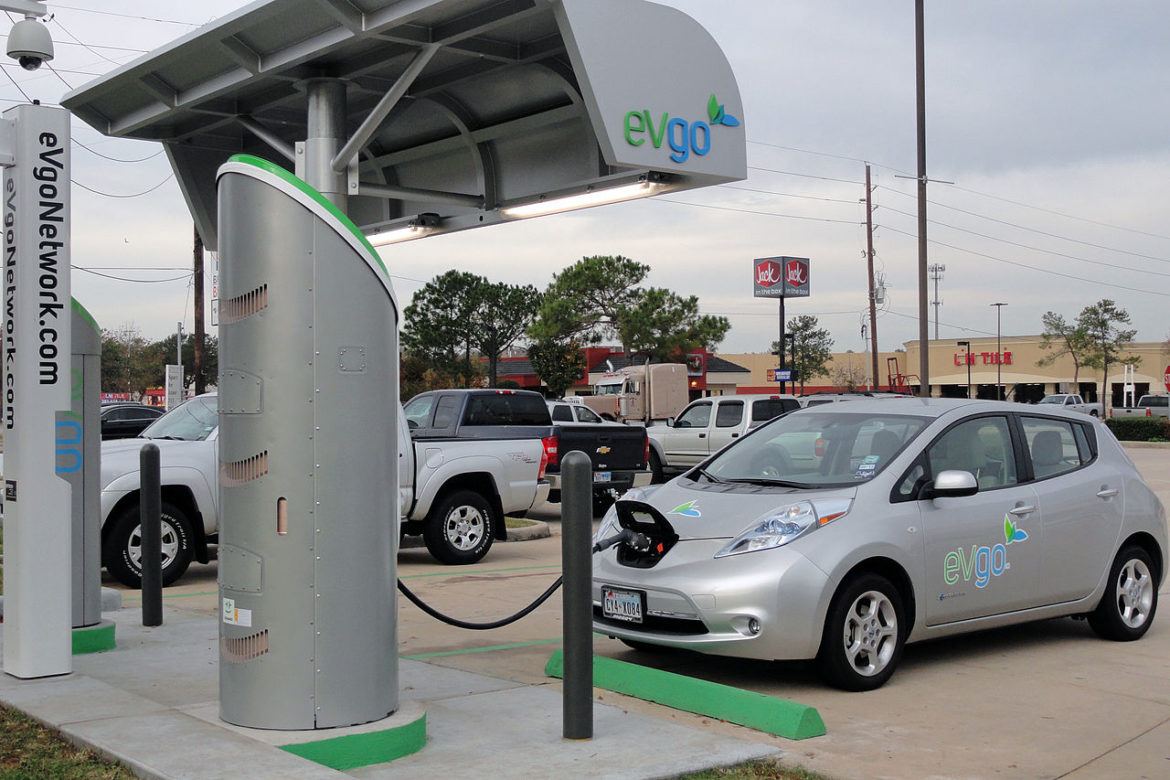 Gerald Espinosa vividly remembers his anxiety-riddled drive up Colorado’s McClure Pass in May 2015, watching the charge on his fully electric Fiat 500e plummet as he inched toward the 8,755-foot summit. He was in the final stretch of what normally would have been a four-hour jaunt from Denver to Paonia, in the western part of the state. With charging stops, it ended up being a two-day trip. His car packed with bikes and clothing, he spent the last few hours charging the battery in his electric vehicle, or EV, in Carbondale. As he climbed, the remaining range on his charge dropped from 70 miles to 40 to 30. “I was just panicking,” Espinosa recalled.

When he reached the top, he had just 16 miles of charge left — and 33 miles to go. Thankfully, it was all downhill to Paonia, and his battery recharged every time he hit the brakes. He arrived with 72 miles left.

This story originally appeared appeared on High Country News and is republished with permission.

The fear Espinosa experienced that day has a name: “range anxiety.” And it has hindered EV adoption in the interior West, where cities and charging stations can be hundreds of miles apart. This is a serious obstacle, since electric cars have the potential to improve air quality, meet clean energy goals and promote tourism.

That’s why Western states are determined to follow the West Coast’s example and build the infrastructure needed to attract more converts. In October, governors from Arizona, Colorado, Idaho, Montana, Nevada, New Mexico, Utah and Wyoming signed an agreement to add high-speed charging stations to every major interstate in the region. Christian Williss, director of transportation fuels and technology at the Colorado Energy Office, said his state aims to make charging “as quick and convenient” as gassing up.

It’s up to each state to figure out its individual infrastructure plans. Colorado released its own plans in January, which include installing signage so that both EV and non-EV drivers become familiar with charging locations, and building out fast-charging corridors. In the initial phase of development, between 30-35 fast-charging stations will be built out, spaced approximately 50 miles apart along the state’s major interstates and highways. “We want to give people the confidence that if they buy an electric vehicle, they can go anywhere they want to,” Williss said.

For charging deserts like Wyoming and Montana — which lack fast public stations — the agreement represents their first major push to create electric corridors. Tesla does have “superchargers” in both states, but they’re proprietary; only Tesla drivers can use them. And without other public stations handy, even Tesla owners can suffer range anxiety on the mountain states’ wide-open highways.

Patrick and Nora Ivers of Laramie, Wyoming, experienced this firsthand when they ventured to Casper last fall in their Tesla S, which can travel up to 350 miles on a single charge. The 151-mile drive to Casper ate up 52 percent of their charge, leaving the Ivers to juice the battery back up at what’s called a “destination station,” a port that gives EV drivers between two and five percent of extra charge per hour. Several hours later, the battery had reached 62 percent; they made it home with just 11 percent to spare. Nora called it a “real nail-biting trip.”

In Montana, where EV adoption has been slower, infrastructure is seen as necessary for tourists. Chris Calwell, an EV driver from Durango, Colorado, said taking his Tesla on road trips sometimes dictated where he could and could not go, and forced him to take long layovers to recharge. By adding charging stations, Montana hopes to encourage more drivers like him to visit. “A lot of our tourism does come from those neighboring states,” says Laura Anderson, who heads Montana’s Energy Office. “And so in Montana, the push (is) to become compatible with the region and keep tourism within the state.”

In some places, though, rural communities are already filling the gaps in the charging landscape. They’ve figured out that getting EV drivers to stop to recharge can be good for the local economy, luring travelers into shops and restaurants while they wait. “If you look at the list of places that have EV charging stations, it is not all the super-liberal enclaves of Montana,” says Skye Borden, state director for Environment Montana, an advocacy group. “It is just a lot of communities that decided it was a good business decision.” Lima, Montana, with a population of just over 200, has eight Tesla stations, for instance. Situated between Glacier National Park and Salt Lake City, it’s a convenient waypoint for travelers.

Calwell thinks that in a few years, all this hubbub about charging stations and electric car adoption will be a distant memory. “As we get to see bigger and bigger batteries, and more and more charging stations, people will kind of laugh about the early days,” he speculates. “We’ll reach a point in the future when younger people will be asking, ‘So, what was a gas station like?’”