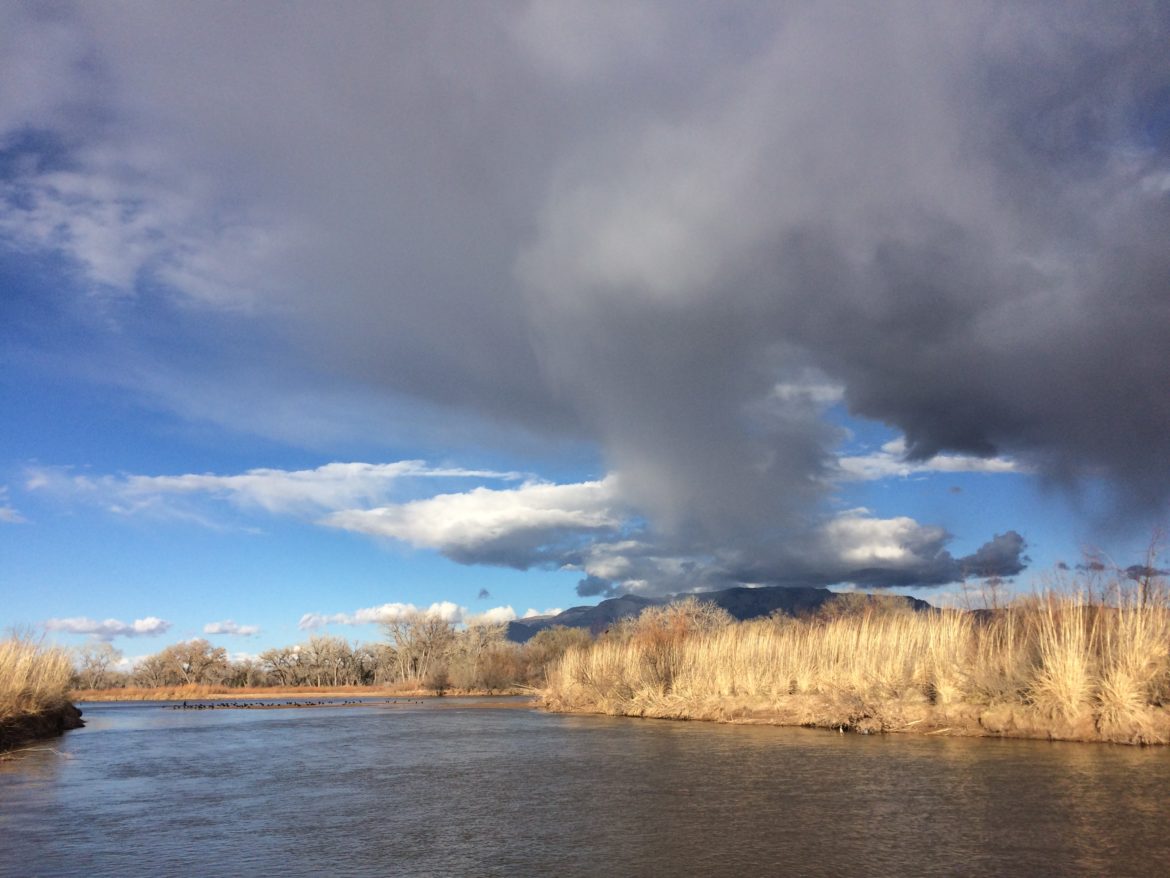 If you want to be ahead of the curve, sign up to receive our New Mexico Environment Review email on Thursday mornings.

-John Fleck is no longer with the Albuquerque Journal, but he just can’t let go of the news. On Wednesday, he published a short piece on his blog about the “breakdown” in the partnership between Kirtland Air Force Base and the New Mexico Environment Department and the Albuquerque-Bernalillo County Water Utility Authority. The Air Force is responsible for the leakage of more than 24 million gallons of jet fuel into local groundwater supplies.

According to a recent memo from the water authority to the New Mexico Environment Department, which Fleck posted online, the base’s new strategic plans are “disconnected from the stated goal of protecting drinking water and the aquifer and undermine Water Authority’s ability to ensure the safety and quality of drinking water.”

Furthermore, the memo notes that the updated strategy “implies that the site is moving from an active remediation strategy to a passive remediation strategy….” The authority opposes that “as it extends the damages to water resources and places liabilities on the water users and utilities, while allowing the responsible party to take minimal efforts towards corrective action.”

-The U.S. Air Force and the New Mexico Environment Department (NMED) will host an open house on Saturday, March 24 from 10 a.m. to 2 p.m. at the Groundwater Treatment System facility. According to NMED, people wanting to attend Saturday’s open house can access the facility from the Kirtland Air Force Base Ridgecrest Gate. And, the strategic plan is available here, and the agencies are accepting public comment on it through April 6.

-The National Academies Press released the review of the Draft Fourth National Climate Assessment. As we reported in the fall, when the report was released, this fourth volume of the National Climate Assessment is the culmination of work by 13 federal agencies mandated by Congress to assess climate science and climate change impacts every four years. Global annual temperatures have increased by 1.8 degrees Fahrenheit over the past 115 years, according to the report, and the current period is “now the warmest in the history of modern civilization.”

Specific recommendations in the review include linking impacts with response examples, communicating the report’s findings and key messages more clearly, explaining how scientists deal with uncertainty and risk more explicitly and highlighting new developments in climate science, impacts and actions. You can read the pre-publication copy of the review here.

-The City of Alamogordo is still dealing with flooding impacts to Bonito Lake following the 2012 Little Bear Fire. The lake had been one of the city’s main water sources until debris and ash washed into it following the fire.

-Maya Kapoor with High Country News has a feature about the U.S.-Mexico Borderlands that’s well worth a read. Though she focuses on Arizona and Sonora, the story’s themes apply to New Mexico, as well:

Some things, like football, require picking a side. But the Borderlands residents I spoke with repeated the same underlying message: We’re all on the same team. If this region survives, it will be together. That interdependence stretches into the Borderlands’ natural systems. Southern Arizona is one of the country’s most biodiverse regions, and, as boundaries harden, researchers struggle to predict what will happen to the animals that inhabit it.

Anchukaitis, who also has appointments in geosciences and in the UA Laboratory of Tree-Ring Research, is interested in how past and current civilizations dealt with drought and climate variability. This new research is an outgrowth of previous research he, Hessl and their colleagues conducted to figure out how past climate influenced the Mongol civilization.

Anchukaitis and his colleagues used their tree-ring record of past climate in Mongolia to reconstruct what the annual Palmer Drought Severity Index, or PDSI, would have been going back in time 2,060 years. The PDSI combines both temperature and precipitation to get a measure of soil moisture, one measure of how water-stressed a plant would be.

You can read the peer-reviewed paper, “Past and Future Drought in Mongolia” online here.