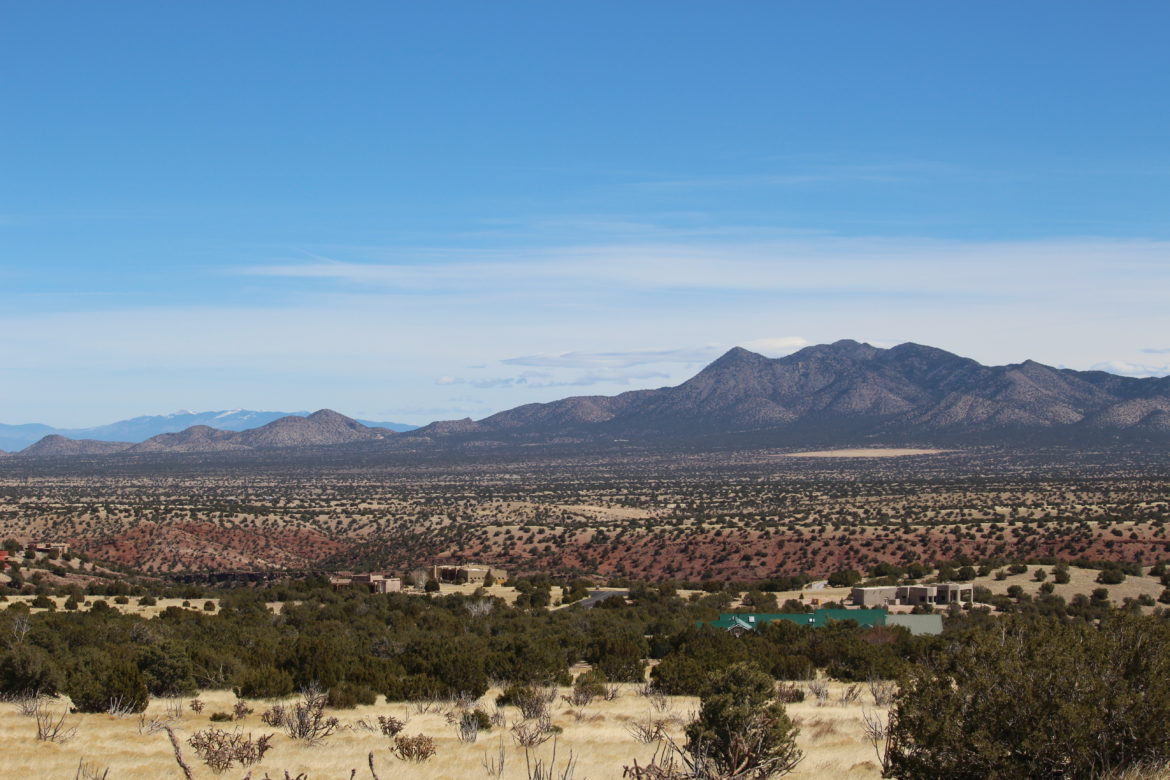 The tony neighborhoods tucked into the juniper-dotted grasslands on the east side of the Sandia Mountains represent yet another battleground in New Mexico’s water wars, one in which the state’s top water official has abandoned one side for the other.

Last week, testimony ended in a trial over whether a private company can pump more water—114 million gallons more each year—from the Sandia Basin.

Nancy Benson and her husband live in San Pedro Creek Estates, where they built their retirement home in 2000 after living in Albuquerque. She is shocked the state would consider granting the application after rejecting it previously. “This area is fully appropriated, there is nothing extra,” she said. “The scale of this is just mind-bending.”

Like other East Mountain residents who are protesting the application, she has firsthand knowledge of drying domestic wells. “We assumed our builder knew what he was doing, so when we built the home we drilled [our well] to a little over 150 feet,” Benson said. “In 2011, that well went dry.” They drilled a second well to 300 feet, she said, which cost them about $10,000.

Well drillers have a “burgeoning business” in the East Mountains, Benson said.

During the trial, she had a few minutes to address District Court Judge Shannon Bacon. “The essence of my point was that she can’t protect us from climate change—nobody can—but we urged her to deny the Aquifer Science appeal to pump 312,000 gallons of water each day for thousands of new homes from this extremely fragile aquifer that just barely meets the needs of the existing homes,” Benson said. “Many people who testified had already lost their wells to drought.”

In Bernalillo County, hydrogeologist Philip Rust and his colleagues have found through the county’s water level monitoring project that, on average, water levels in the East Mountain area are dropping 1.8 feet per year. And many domestic wells are drying within the Sandia Basin, a 400-mile area that stretches from Placitas to Tijeras and Sandia Crest to Edgewood.

It’s happening elsewhere, too. A peer-reviewed study published earlier this year of more than 2 million groundwater wells in 17 states, including New Mexico. The researchers found that one-in-30 wells no longer produce water, and they noticed two “hot spots” for drying in New Mexico. One of those is the Estancia Basin just south of Moriarity.

Conditions aren’t likely to improve in the short- or long-term: Compared with last year’s relatively wet conditions, most of New Mexico is currently experiencing moderate to extreme drought, and as the region continues warming, there will be even more pressure on both rivers and aquifers.

The water case dates back nearly a decade.

In 2009, Aquifer Science LLC applied to the Office of the State Engineer for a permit to drill four wells in the Sandia Water Basin. Campbell Corporation and the Nevada-based water development company Vidler Water Company formed that company.

Campbell has long ties with New Mexico: In the 1930s, what was then called Campbell Farming Corporation stated buying land in New Mexico, eventually acquiring more than a half-million acres, including 325,000 it used for cattle ranching. By the late 1980s, the company turned toward development and real estate. Its handful of communities in the state include San Pedro Creek, San Pedro Overlook and Santa Fe Farms and Ranches.

These lands encompass the San Pedro Land Grant, which the Mexican government gave to families in the early nineteenth century. According to the San Pedro Neighborhood Community Plan, the area was rural ranchland until the 1960s, when ranchers hit by the 1950s drought started selling off their land and lots were platted into 10 to 40 acre parcels.

Two years later, the company reduced its request to 1,010 acre feet per year. Then, in 2013, it knocked down its plans once more—to a master plan area of 8,000 acres and a water diversion of 717 acre feet per year. The development would include four villages with a golf course, a hotel and nearly 4,000 homes.

In 2014, the Office of the State Engineer denied the company’s application.

In that report, which was accepted and adopted by then-State Engineer Scott Verhines, the state noted it had previously denied a number of groundwater applications in that area during the late 1980s through 2004.

Those earlier permits were rejected because the Office of the State Engineer found they would harm existing water rights in the area, and “be detrimental to the public welfare of the state.” According to that 2014 document, those previous decisions, along with recent groundwater studies of the area, led Verhines and his staff to conclude there is no unappropriated groundwater available in the Sandia Basin.

Aquifer Science appealed the state’s decision in District Court and has since dropped its request down to 350 acre feet per year, or about 114 million gallons per year. And though the defendant in the case is former State Engineer Scott Verhines, the current State Engineer, Tom Blaine, now supports the company’s application.

NM Political Report requested that the Office of the State Engineer explain its position on the appeal and permit application and clarify a recent quote in the March 4, 2018 edition of The Santa Fe New Mexican:

A spokeswoman for Blaine, Melissa Dosher-Smith, declined to comment on the specific case but said in cases like this, it all comes down to balance.

“State engineers have balanced the needs for over a century with demands for water for development and the scarcity of New Mexico’s water resources,” she wrote in an email. “Our water code directs the state engineer both to protect existing water rights and to allow unappropriated water to be placed for beneficial use.”

Dosher’s email response to NM Political Report was no clearer: “In regards to your question, this is a pending legal matter which we are responding to in court,” she wrote.

The New Mexico Environmental Law Center, which represents local community members opposed to the water application, declined to comment on the case. But like Benson, Kathy Cooper is also a protestant who lives in San Pedro Creek Estates. Their well was drilled in 2003 to a depth of 360 feet, and she and her husband have been measuring it since 2014. Over the past four years, she said, it has dropped 9.6 feet.

Unfortunately, it’s a familiar scenario for Cooper and her husband. Before moving to San Pedro Creek, they lived in a Cedar Crest neighborhood where homes shared wells. The homeowners association measured the wells regularly, she said, and noticed all four dropping substantial amounts every year.

“Our biggest concern is that if our well dries up, the property value of our home and our land is zero,” said Cooper. “We just don’t feel it’s fair that a big company can come in here and mine the water and send it somewhere else, when it should be for the benefit of the people of New Mexico.”

Based in Carson City, Nevada, Vidler Water Company develops water projects throughout the southwestern United States. In some instances, the company will buy ranches or agricultural lands, maintaining those operations or purchasing water rights and then converting them for municipal, industrial or commercial uses, said Vidler’s vice president of water resource development, Greg Bushner.

The company will also apply for new groundwater appropriations, like with its proposal in the East Mountains. “Think of us as a wholesaler,” he said. “We’re not a utility, but we can provide water to a utility, so a community can grow in however they are looking forward to growing.”

Bushner said the company studied exploratory wells on Campbell’s property, and is confident water is available. The Sandia Basin is highly fractured and variable, and their wells will be located where the aquifer is nearly “untapped,” Bushner said.

The company also studied the replenishment of groundwater through snow and rain, and its recharge analysis validates water is available: “We would not undertake a project unless we thought the water was available and also sustainable,” he said.

Without water rights, Campbell can’t develop its new project, he said. And Vidler has no plans to export water out of the area.

Under New Mexico state law, when a person or company applies for an application to drill for groundwater, they must show where and how the water will be used and prove that it will be put to “beneficial use.”

Bushner pointed out that someone can’t say they’ll use the water one way, and then use it for a different purpose or transfer it after the application has been approved. “That’s not allowed by the State Engineer, and that’s not our intent,” he said. “We’ve always had the intent to provide the water resources for the Campbell Ranch Master Plan.”