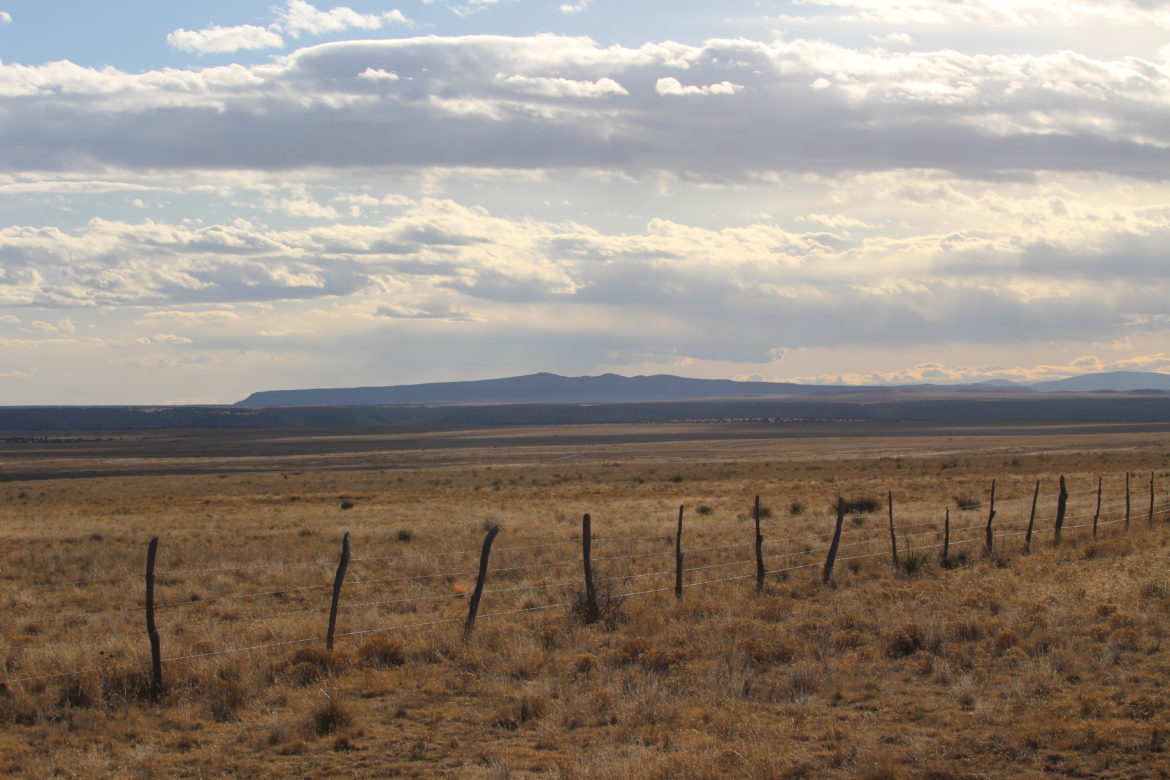 NMPR on the road: Next week, we'll have a story from Harding County.

We usually send out the New Mexico Environment Review on Thursday mornings. If you prefer reading the news in your email, sign up to receive that message.

The Santa Fe New Mexican’s Rebecca Moss keeps up her great coverage of Los Alamos National Laboratory, this week with a story about how the lab took a week to find hazardous waste it had lost.

The Silver City Daily Press’s Benjamin Fisher reported that the state had some questions for the New Mexico  Central Arizona Project Entity:

Before approving a nearly $200,000 higher cost ceiling for yet more engineering, the New Mexico Interstate Stream Commission questioned if the group charged with developing a diversion of water from the Gila and San Francisco rivers could meet upcoming federal deadlines for them to do so at a meeting in Albuquerque on Tuesday.

The Durango Herald reported that Colorado farmers may receive 50 percent of their normal allocations of irrigation water. According to the story:

The major problem for irrigators will not be this year, but next year if Southwest Colorado gets two low snowpack years in succession, [Steve Harris of Harris Water Engineering] said. He cited patterns in 2001 and 2002, the year of the Missionary Ridge Fire, and 2012 and 2013 as examples of back-to-back weak winters, with farmers able to muddle through subpar years in 2001 and 2012 only to be clobbered in 2002 and 2013 when irrigation rations were cut substantially.

“When the real hit may come is next year,” he said.

The Los Angeles Times took a look at the Permian Basin and what the oil boom may mean for New Mexico’s water. From the story:

Southeastern New Mexico has long been a modest producer of oil, but the advent of fracking technology a decade ago turned it into hot property for drillers. Only Texas and North Dakota now extract more oil, and New Mexico is gaining.

Production grew 30% last year to 565,000 barrels a day, almost all of it from the state’s portion of the Permian Basin surrounding Carlsbad. Billions of barrels more remain to be tapped in shale deposits 2 miles deep.

Producing massive quantities of one resource requires extreme care for another: water. The risk that fracking can contaminate water supplies and cause other harm has been well documented, from Wyoming to Pennsylvania. But experts say that nowhere is that risk greater than in southeast New Mexico.

The New Yorker has a feature on U.S. Environmental Protection Agency Administrator Scott Pruitt, and how the EPA “became the fossil-fuel industry’s best friend.” It’s a sobering read:

Pruitt, who is forty-nine, looked cheerful, as he generally does at public appearances. (He declined my requests for an interview.) Unlike many people who have joined the chaotic Trump Administration, he seems unconflicted about his new role, his ideological and career goals fitting together as neatly as Lego blocks. The former attorney general of Oklahoma, Pruitt ascended politically by fighting one regulation after another. In his first year at the E.P.A., he has proposed repealing or delaying more than thirty significant environmental rules. In February, when the White House announced its intention to reduce the E.P.A.’s budget by twenty-five per cent—one of the largest cuts for any federal agency—Pruitt made no objections. His schedule is dominated by meetings and speaking engagements with representatives of the industries he regulates. He has met only a handful of times with environmental groups.