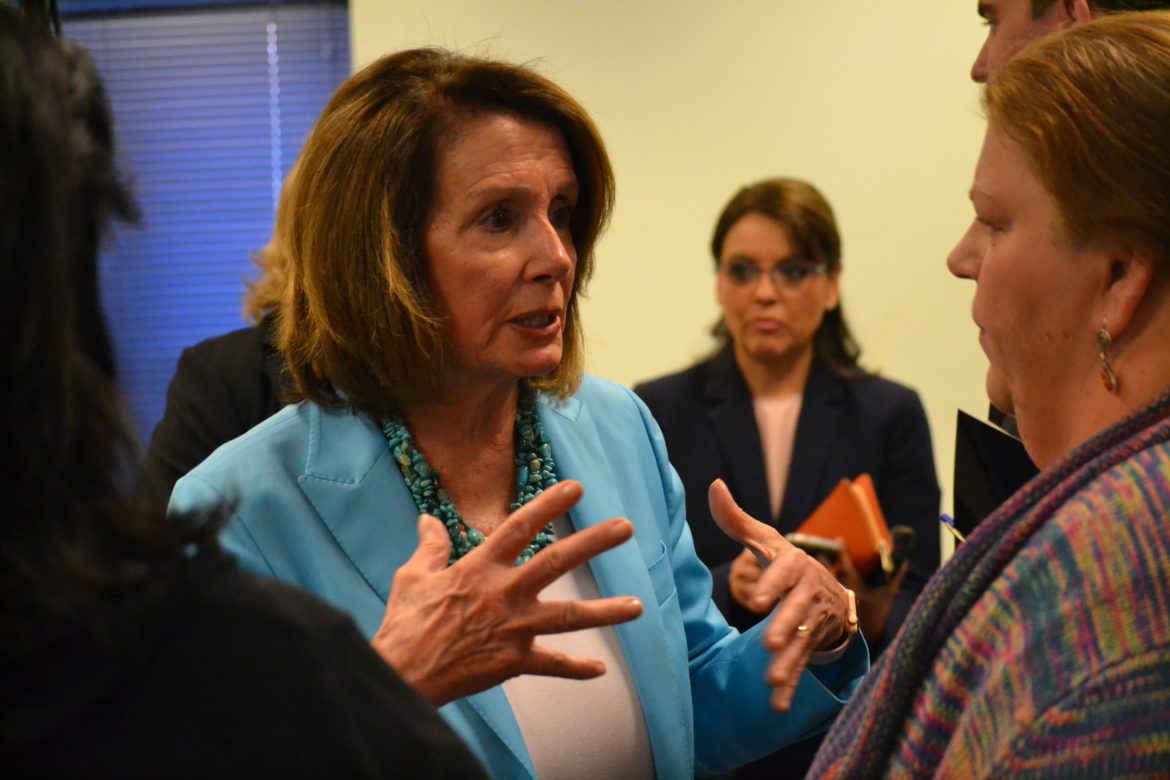 House Minority Leader Nancy Pelosi spoke about what she sees wrong with President Donald Trump’s tax policy and encouraged New Mexicans to voice their concerns about the recent bill at a public roundtable discussion of federal tax policy Friday.

Both the policy itself and  the process in which Congress approved it faced major criticisms over the hour-long discussion.

“None of that was accomplished in the dark of night, in the speed of light,” Pelosi said.

New Mexico is one of the 100 stops on Pelosi’s tour to discuss the impacts of the new tax law with local officials.

She and Luján encouraged attendees to educate themselves on tax policy and start conversations with relatives and even politicians who are willing to listen.

“Quoting Abraham Lincoln,” Pelosi said. “‘Public sentiment is everything. With it you can make almost anything, without it, almost nothing.’”

Montoya criticized the tax policy for limiting municipal refinancing options. She said there will be $9.1 million in municipal bonds that are ineligible for refinancing if interest rates lower.

Calling it a “scam,” Luján said the tax plan will do the opposite of bolstering jobs in the U.S.

All of the panelists said the new tax law benefits wealthy taxpayers more than those with lower incomes. Bowyer highlighted at least one portion that he said would not only give an advantage to those with more money, but also hurt public schools. Part of the new tax law allows savings accounts, previously used for college tuition, to be used for K-12 private schools. The 529 savings plan is a state managed “tax-advantaged savings plan.” Withdrawals from the plan are generally exempt from federal taxes. Bowyer said the expansion of those savings plans will be bad for public schools in the long run.

“It plants a time bomb for public education,” Bowyer said.

Pelosi was recently chastised by Trump when she called bonuses and pay raises that came out of his tax plan “crumbs.”