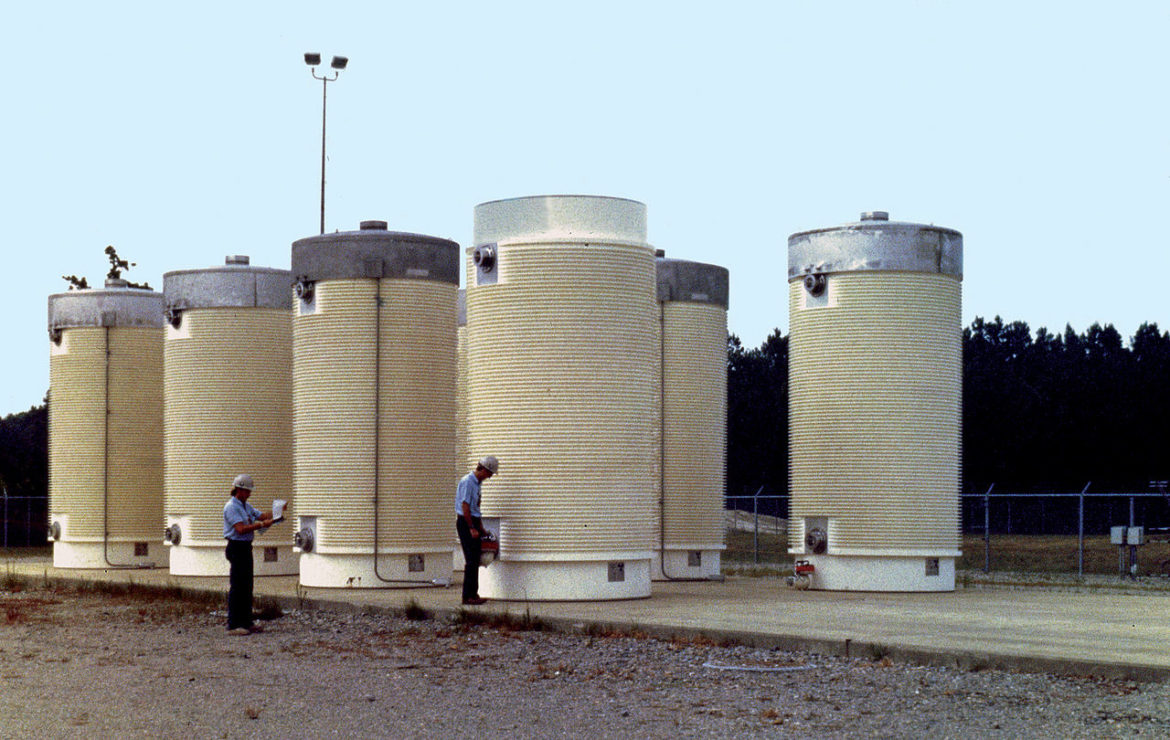 Nuclear waste is stored in casks.

N.M. – Groups opposed to construction of a storage facility for spent nuclear fuel from the nation’s commercial reactors are on a tour this week to make sure people know what’s being proposed for southern New Mexico.

The Nuclear Regulatory Commission is considering a proposal from Holtec International to build and transport the waste, now stored in casks at various nuclear power plants around the country, to southern New Mexico.

Don Hancock, director of the Southwest Research and Information Center’s nuclear-waste program, said New Mexico shouldn’t be the repository for 60 years’ worth of nuclear waste generated on the East Coast.

“The proposal is to bring all that currently exists,” he said, “so, if this were to happen, the place where all this waste would be is in New Mexico, as opposed to now, when it’s in more than 30 other states and none in New Mexico.”

The Holtec facility could store up to 100,000 tons of nuclear reactor waste for as long as 120 years, or until a permanent repository is built. The NRC’s 60-day public comment period on the site licensing application is open until May 29. Public meetings will be held April 30 in Roswell, May 1 in Hobbs and May 3 in Carlsbad.

A proposal for the facility was put forward three years ago but then dropped. Now that it has resurfaced, Hancock said he is concerned that New Mexico residents aren’t fully aware of what is being proposed.

“They have not tried to inform the public about this because they know, quite correctly, that people would say, ‘We don’t want highly radioactive waste coming into New Mexico. If we did, we would build nuclear power plants in New Mexico, so we would have our own.’ But we’ve never done that,” he said.

Because of its weight, Hancock said, the nuclear-reactor waste likely would be transported by rail.

Rose Gardner, founder of the Alliance for Environmental Strategies, lives in Eunice and worries about the environmental and health effects the waste could have on her community.

“It’s going to be traveling from cities around the nation to one location,” she said, “to sit in a subterranean storage facility, just off the highway between Hobbs and Carlsbad.”

Opponents of the facility are on a state tour this week with a mock radioactive-waste canister, 16 feet long and eight feet high, to show residents what would be shipped through communities and eventually stored there.