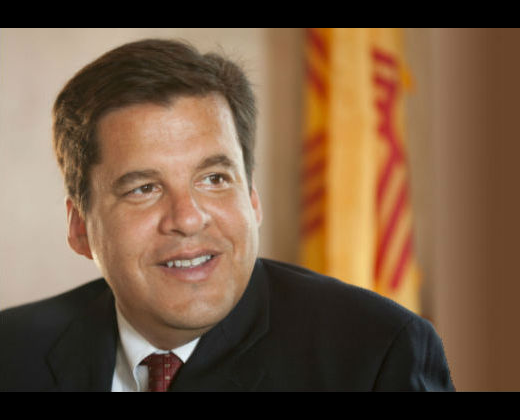 This week, we’re running a series of interviews with New Mexico’s four gubernatorial candidates, each of whom answered questions about issues related to water, energy and climate change. Today, we feature state Senator Joseph Cervantes, a Democrat, who has served as a legislator for Doña Ana County since 2001.

NMPR: We’re coming off a bad winter and we’ve got drought returning to the state. What critical water issues are you keeping an eye on right now?

Joseph Cervantes: Clearly, the resolution of the Aamodt settlement and the Texas v. New Mexico litigation are critical to the state. The state is spending millions of dollars in what are endless lawsuits to resolve issues that need to be resolved by leadership, rather than decades of litigation.

NMPR: Presuming that Texas v. New Mexico & Colorado is still on-going next year, what steps will your administration take on that lawsuit?

Joseph Cervantes: The first thing I’m going to do is appoint a State Engineer who’s committed to making meaningful progress on our water needs in the state, and to assure those water needs are met for centuries to come.

Right now, water issues in the state are managed, not solved. And the problems just get passed on from one administration to the next. It’s time for someone new, with the courage to come in and actually solve water problems, rather than just keep kicking the can down the road.

NMPR: In addition to having a new State Engineer, are there ways for the governor to be a part of this process [on the Texas v. New Mexico & Colorado Supreme Court case]?

Joseph Cervantes: Absolutely. I will be the only candidate for governor who can show New Mexicans the experience and background in the complexities of water in New Mexico. None of the other candidates have any background on issues relevant to water, natural resources, climate or energy.

Having a governor who understands the issues thoroughly and who can show a record of accomplishment on those issues means that you have a governor who can truly lead, rather than just having to rely upon others whispering in his or her ear.

NMPR: Switching gears a little bit, revenue from oil and gas is an important part of New Mexico’s economy. But the industry also has environmental, public health and climate impacts. How will your administration balance these different aspects?

Joseph Cervantes: My colleagues in the Legislature asked me to strike that balance as the chairman of the Senate Conservation Committee. My colleagues have asked me to be the point person for striking the proper balance between oil and gas production and resources in our state with our desire to transition to renewable energy and to an energy-independent future that protects our climate and our environment. That’s the role I play right now in the senate.

Joseph Cervantes: I’ll make New Mexico a leader among the states in both the production of energy and at the same time, research for the best practices in terms of protecting our environment from [the impacts of climate change].

New Mexico can be a leader with our research institutions and our universities and colleges, a leader in showing that we can both be a producer and a leader in energy production at the same time, a leader in protecting the environment, our open spaces and our culture and historical sites around the state.

New Mexico has the potential for becoming a unique leader in showing how to both produce energy of all kinds and at the same time, respecting and persevering our beautiful environment.

NMPR: Morale among a lot of people working at state agencies is pretty low. State agencies focused on natural resources, like the New Mexico Environment Department, the Office of the State Engineer, the Interstate Stream Commission, have lost expert employees in the last seven and a half years, seen budget cuts, stopped speaking with the press—even the public information officer—and backed off conservation programs and regulations over the past seven years. What direction will these agencies take under your leadership? And what would you say to those state employees who care about the environment?

Joseph Cervantes: As governor, I would restore their confidence and commitment to the mission of their work. I would do that by the example I set by my own commitment to our environment, to natural resources and to energy issues that have been effectively ignored for a decade or more.

It’s impossible to lead people if you don’t have an understanding of the issues. And right now, New Mexico has been electing leaders who don’t understand the complexity of those issues. We need a governor who can sit down with the employees and the staff and the people you’re referring to—our experts—and have a working understanding of the importance of these issues and how to make progress with them.

The current administration hasn’t ever made the effort to try and understand issues as complex as water, for example.

As governor, I [would] walk into office on the first day with over a decade of experience passing laws related to conservation, water, climate and energy. I think that will restore the dedication of the many people in our state who are equally committed to those issues. But they’ve got to have a leader they want to rally behind. And right now, they don’t have that.

NMPR: What didn’t I ask you about, or what environment or natural resource issues in New Mexico aren’t getting enough attention right now?

Joseph Cervantes: We talk a great deal about renewable energy. I think it’s important for us to recognize the economics of that. Right now, the prices for renewable energy continue to fall. And as those prices fall, we need to ensure that the utility providers are making a prompt transition to the least costly sources of energy for the purposes of the consumer. When we bring down energy prices, we’ll bring in jobs, we’ll bring in employees, we will see success in our job opportunities and job creation and economic development. All of these things are tied together.

That’s the central message I’d want to leave you with. We can’t grow our economy, we can’t create opportunity for our future if we don’t have assurances of ample water resources and clean and relatively inexpensive energy. That’s where New Mexico can be a leader, and that’s how we should be leading in our country.

Right now, it’s not happening. New Mexico’s problem comes down to simply a lack of the right leadership on these issues, which are so complex.

A note from NMPR: All of this week’s candidate Q&A’s were edited for clarity and length, although we did not edit the meaning of candidates’ answers. We did not include, however, tangents or off-topic issues candidates raised during the course of the conversations. It’s also important to note that the candidate’s answers aren’t annotated and we don’t point out any possible inaccuracies or misstatements.