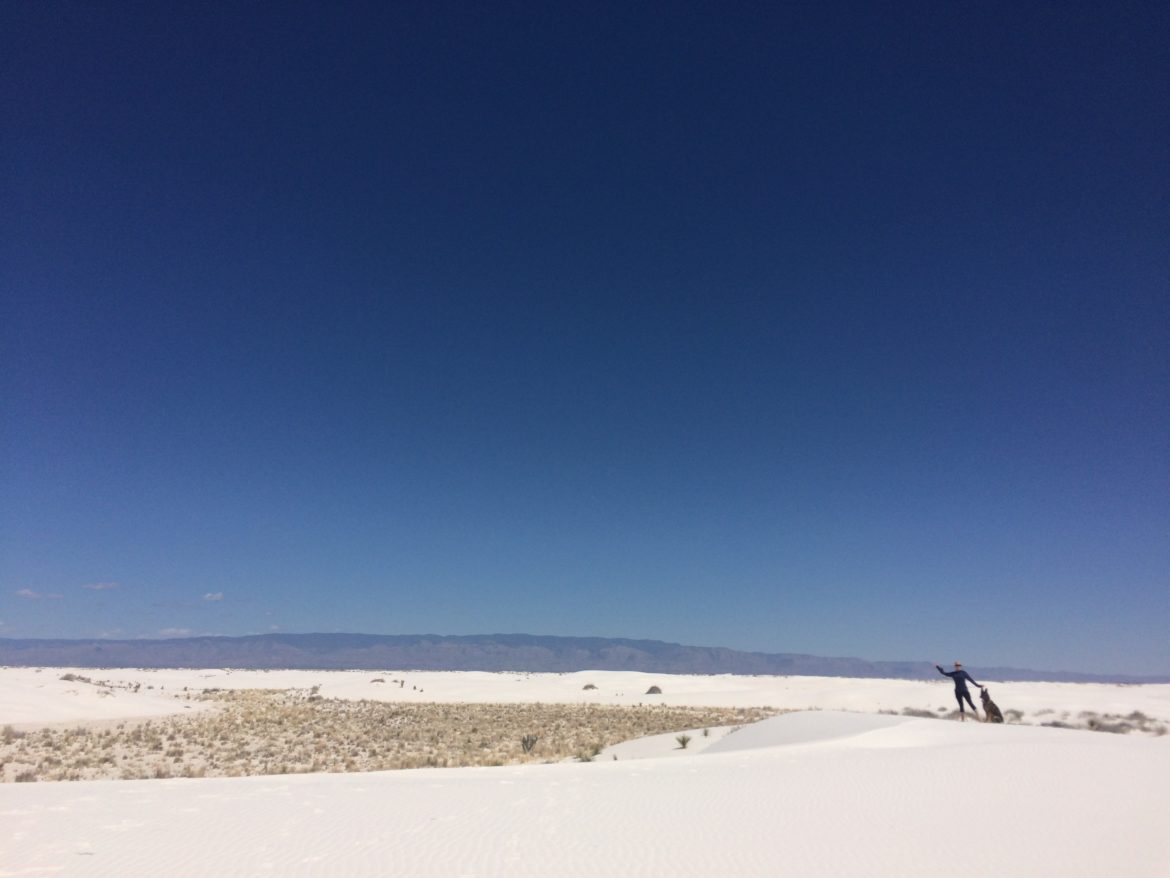 How great is it to live in New Mexico and to have places like White Sands National Monument to bring your visitors?

-Andrew Oxford at the Santa Fe New Mexican reports a federal judge reversed his earlier opinion that the U.S. Bureau of Land Management violated the National Historic Preservation Act (NHPA) when it approved oil leases in northwestern New Mexico. Instead, Judge James Browning threw out the 2015 case brought by community groups and environmentalists opposing the drilling activity. (You can read our recent story about the importance of the NHPA and tribal consultation here.)

Want this news on Thursday morning instead of Friday? Sign up for our free weekly email about New Mexico’s environment issues.

-According to a subscription-only story in InsideEPA, a draft report at the U.S. Environmental Protection Agency urges local government officials to adopt “worst-case” climate adaptation plans. (Back in the day, New Mexico had been studying the effects of climate change on New Mexicans. If you want to refresh your memory, here’s a link to that 2005 report.)

-Also, the New Mexico Environment Department wants to know what you think about its plans to spend $18 million.

That’s how much money the state received in a settlement with Volkswagen after the company admitted it had purposefully disabled emissions devices on some of its diesel vehicles. The state’s Draft Volkswagen Mitigation Plan summarizes its goals for spending that funding on projects that mitigate nitrogen oxide emissions. Read the plan and learn how to add your two cents (before May 14) here.

If you missed our conversations with New Mexico’s four gubernatorial candidates about water, energy and the environment, you can check those out here.

-U.S. Fish and Wildlife Service biologists have a new study in the peer-reviewed journal, Western North American Naturalist, looking at how certain types of fish, including the endangered Rio Grande Silvery Minnow, spawn in the Rio Grande and Pecos River. The eggs and larvae of pelagic-broadcast spawning fish, like the minnows, drift laterally and downstream—and their ability to do so affects the ability of the species to disperse and maintain their populations. Of course, this year, there probably isn’t a whole lot of drifting occuring, which makes this study—and what the biologists have learned about the species—all the more important. It’s online here.

-There are two water conferences coming up. The Next Generation Water Summit is happening in Santa Fe April 29-May 1. And on May 17, the University of New Mexico is hosting its 2018 Water Conference, focused on what the state’s next leaders need to know. Register for that conference here.