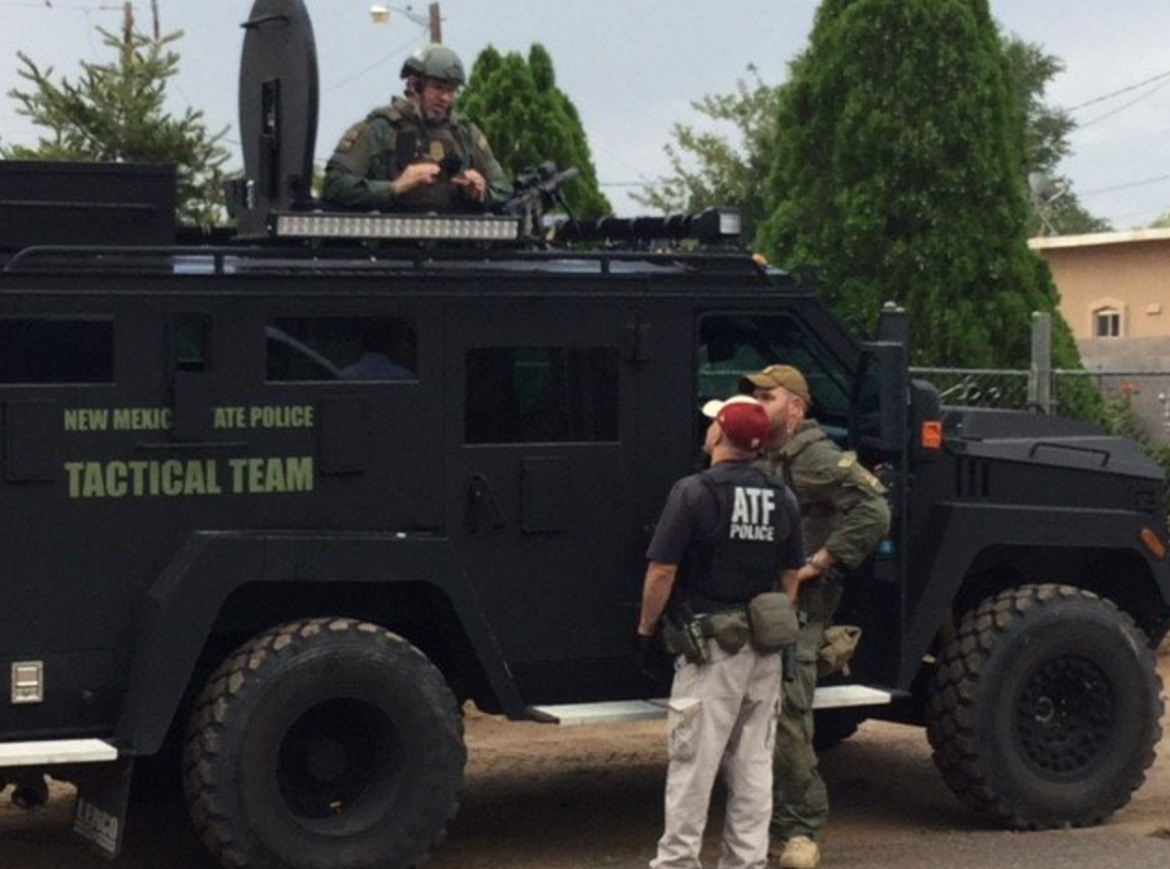 Federal law enforcement’s goal was to “infiltrate” local gun- and drug-dealing organizations supplied by Mexican cartels when they descended on Albuquerque in 2016.

But the four-month sting, whose cost likely topped $1 million in taxpayer money, rounded up mostly low-level drug users and few, if any, hardcore dealers. That didn’t stop the federal Bureau of Alcohol Tobacco Firearms and Explosives (ATF) from pushing the operation as a “template for future operations” nationwide.

And Damon Martinez — U.S. attorney for the District of New Mexico at the time and current candidate for the state’s First Congressional District — was so pleased he “asked and offered to travel to the city selected for the next” operation to “sell the … product” to that city’s top federal prosecutor.

A report released to NMID lays out the stated purpose of ATF’s 2016 operation in Albuquerque.

The stated purpose, budget and Martinez’s enthusiasm are among the revelations found in a heavily redacted “executive summary report” about the 2016 operation — named “Gideon IX” — obtained by New Mexico In Depth after a federal judge ordered its release.

The document answers some questions NMID raised in a multipart series published over the past year that, until now, have gone unanswered because federal officials have repeatedly refused to talk about the operation.

The only official to agree to speak about the operation, Martinez, did not answer most questions put to him during an interview with NMID and New Mexico in Focus last year, including whether he would’ve recommended the operation to other U.S. attorneys.

Another revelation: The five out-of-town confidential informants ATF used to scour an impoverished, heavily minority section of Albuquerque for potential arrest targets likely were put up in subsidized housing provided by the federal Department of Housing and Urban Development (HUD). The name of the entity is blacked out of the executive summary document provided to NMID, but clerk’s notes from a court hearing on April 9show discussion about the informants living in HUD housing.

HUD typically provides “decent and safe rental housing for eligible low-income families, the elderly and persons with disabilities,” according to the department’s website.

Martinez did not return telephone messages seeking comment for this story. The U.S. Attorney’s Office, which is prosecuting the cases that arose from the sting, declined to comment. And Jerry Brown, a spokesman for HUD based in Washington, D.C., declined to comment “because we don’t want to endanger anything or anyone.”

Taken as a whole, the summary report paints a rosy picture of the operation and its lofty, public-safety-oriented goals.

But NMID’s review of hundreds of pages of court records and analysis of the operationturned up few if any links to established drug- and gun-trafficking organizations among the 103 people arrested — let alone ties to a “Mexican DTO,” a phrase used in the summary report that is commonly associated with the cartels.

The vast majority of those arrested, including a highly disproportionate share of black people in a city with a small black population, were charged with either selling or arranging the sales of relatively small amounts of methamphetamine, heroin or cocaine by federal standards and, in some cases, illegally possessing guns.

Further, soaring violent crime rates in the city — cited in the summary report as the reason for ATF’s focus on Albuquerque — have remained high since the operation concluded in August 2016.

In a section of the report titled “Investigative Successes,” the authors touted the solving of two homicides, finding a storage location for stolen merchandise and arresting a suspect in several home invasions thanks to the ATF’s presence and help from federal agents.

The document listed previous criminal records of those arrested as a success, too. But contrary to federal officials’ claim that they’d arrested Albuquerque’s “worst of the worst” criminals, just 11 of the 103 defendants were previously convicted of felonies in federal court, according to the report.

The report also offered a seemingly unrelated development as an investigative success: A deputy U.S. Marshal told agents his department had shot six people in the first five months of 2016, but “had not been involved in any shootings” after ATF began arresting people “and felt that was due to ATF’s deployment.”

Public defenders representing some of those suspects and NMID analysis have called into question the gang’s significance in Albuquerque’s drug trade and whether it even exists.

Twenty-eight of the 103 people arrested in the operation were black — that’s 27 percent in a city with a 3 percent black population. Fourteen of them have been labeled “Memphis Mob” members or associates by ATF agents.

The highly disproportionate number of black people swept up in the operation has led to allegations of racial profiling.

The summary report makes no mention of those allegations, which continue to play out in court. It was through one such case, involving accusations of racial profiling by two defendants, that NMID obtained the executive summary report. Then-U.S. District Chief Judge Christina Armijo in February ordered the release of the document, at NMID’s request, as part of “selective enforcement” litigation filed by Lonnie Jackson and Diamond Coleman.

A report about the 2016 ATF sting provides some information about its budget, but other figures were redacted.

The cost of the controversial operation remains somewhat vague. The executive summary puts the original budget just north of $750,000, but an approved increase pushed it to $879,603.

But that amount doesn’t include per diem and lodging requests for the large team of agents who came to Albuquerque. (Previous court testimony has put the number of agents at more than 30, but the exact figure is redacted from the summary report.) The total budget also doesn’t include taxpayer money spent on informants. (NMID reported last year that informants were paid annual salaries as high as $80,000 and earned up to $1,400 a week plus “bonuses” during the Albuquerque operation.)

Also blacked out in the executive summary is how much other federal agencies spent on the operation, including the Drug Enforcement Administration, and how much cash went for narcotics and firearms purchases.

Officials even blacked out the total amounts of various narcotics and firearms they allegedly seized in the operation — even though they’ve touted those figures in news conferences, media interviews and news releases.

Most of the redactions came at the request of James Tierney, a longtime federal prosecutor who served as acting U.S. attorney for New Mexico for more than a year and is supervising many of the ATF sting cases.

Allowing the public to see that HUD had housed the informants, Tierney argued in court April 9, would “allow access to rental information of informants,” thus potentially endangering them.

Releasing the various costs of the operation, meanwhile, would “produce negative publicity that the government will be unable to respond to and may influence potential jurors” Tierney said.

Johnson inherited the cases against Jackson and Coleman when Armijo assumed senior judge status in February.