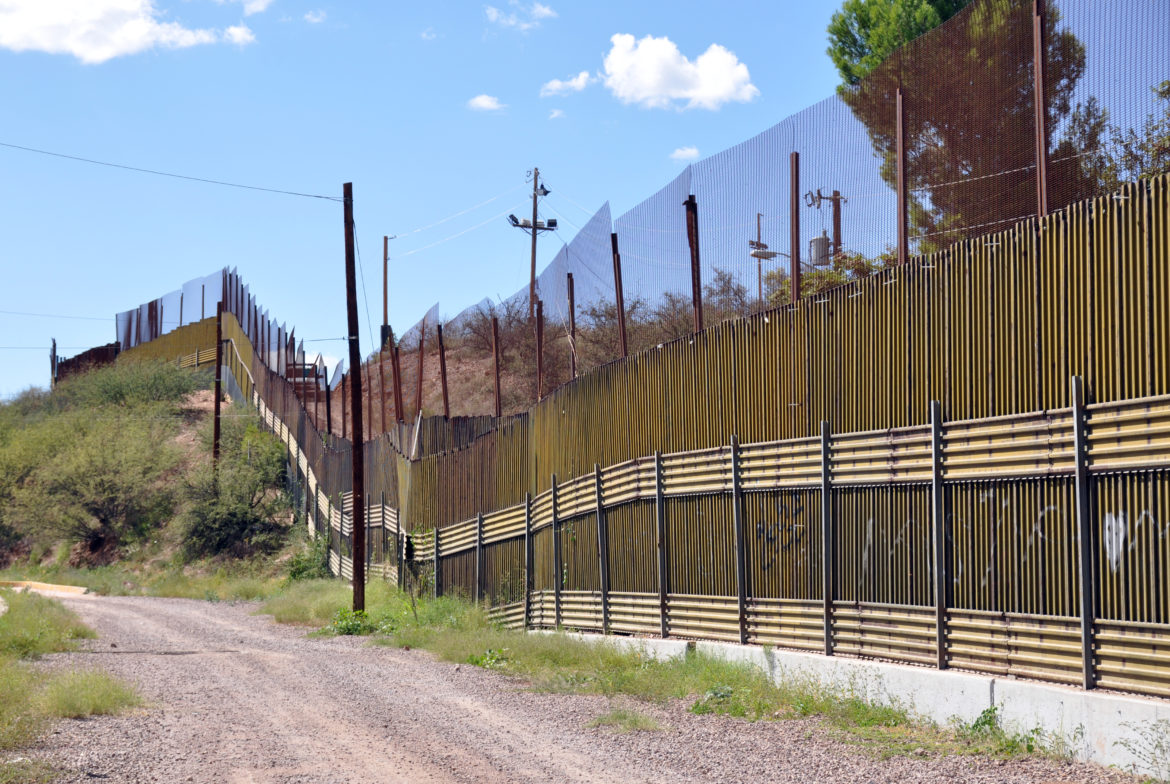 The Mexican side of the wall in the city of Heroica Nogales that divides the Mexico from United States. Flickr/cc

California is often the first state in the West to test new solutions to social and environmental problems. These days, the state is at the fore of a much more ambitious challenge, as it finds its progressive ideals — and its increasingly diverse citizenry — in frequent opposition to the policies of President Donald Trump. Every month, in the Letter from California, we chronicle efforts in the state to grapple with its role in the changing, modern West.

In 2010, back when I covered the border region for public radio, I visited a shelter for migrants, a modest building located a mile away, just south of the fence separating San Diego and Tijuana. There, recent deportees could find a bed for a few nights after Customs and Border Protection agents released them in Mexico. That’s where I met 34-year-old Verónica Vargas, a mother of two from Los Angeles, who’d been deported after a domestic violence incident. At the local jail, police checked both her and her husband’s immigration status and soon after, processed both for deportation. The couple’s youngest child, 7, remained under the care of their oldest, 18, back in their Los Angeles apartment.

“There’s nothing I can do about it now,” Vargas told me, in a dispirited, barely audible voice. “We are here and our children are there, and they really need us.” Vargas, who told me she’d been living in the U.S. for more than 20 years without a criminal record, added that Tijuana was not even her home. All she could think about now, she said, was finding a way back into the States to be with her daughters. The possibility of arrest, fines or another deportation was no deterrent; she wanted to be with her children. “I’ll try to cross back into the U.S. tomorrow, and as many times as I’ll need to.”

The stretch of land between Tijuana and San Diego was then — and is now — the most surveilled part of the 2,000-mile-long U.S.-Mexico border. Yet smuggling goes on anyway: People and drugs find new ways into the U.S., while guns cross in the opposite direction. Crossing illegally is increasingly dangerous and costly for everyone involved, but no amount of reinforcement can possibly stop this flow. Nor will political theater — including the kind that is paving the way for National Guard troops to be stationed at the border.

Last month, Defense Secretary James N. Mattis approved deploying up to 4,000 National Guard troops to “seal up our Southern Border,” as President Donald Trump announced on Twitter. Troops from California, Arizona, New Mexico and Texas would support U.S. Customs and Border Protection — without being permitted to arrest migrants or interact with them directly — through Sept. 30, 2018, which is when, in theory, Trump will have managed to come up with the funds to finally build his border wall.

But here’s the thing: There is no such thing as a “crisis” at the border. What we are witnessing is a rise in the number of people seeking asylum in the U.S., and doing so without receiving due process. That includes the caravan of more than 1,100 Honduran migrants, most of them families with children, whose well-publicized trek to the U.S. prompted Trump’s call for the National Guard. These migrants did not come to scale any walls; they came to ask for U.S. asylum at the border, as several dozen of them reportedly already have.

Illegal crossings are currently at a 46-year low — down 71 percent in May 2017 from 2014’s peak, when Customs and Border Protection records show that it detained almost 69,000 people. So the extra troops are most likely unnecessary. But, as previous deployments demonstrate, they will be very expensive. In 2006, President George W. Bush stationed the National Guard at the border for two years at a cost of $1.2 billion. After the mission, Army National Guard Commander Maj. David M. Church said the Department of Homeland Security, which oversees CBP, had not communicated effectively with the Guard and gave him little time for preparation. Then, in 2010, President Barack Obama ordered a similar deployment to “help reduce drug and human trafficking.” That cost an estimated $110 million, and, according to the Government Accountability Office, the results did not justify the price tag.

There’s no telling how much Trump’s National Guard deployment will cost, or even what it will be able to accomplish. California Gov. Jerry Brown, D, joined the other border states’ governors in pledging to send 400 troops, but he made sure to curb their role. “This will not be a mission to build a new wall,” he wrote in a public letter to Homeland Security Secretary Kirstjen Nielsen and Mattis. “It will not be a mission to round up women and children or detain people escaping violence and seeking a better life. And the California National Guard will not be enforcing federal immigration laws.” Unlike the other border states, California’s National Guard troops won’t be allowed to use equipment to report suspicious activity to the Border Patrol, operate radios or provide “mission support.”

Back in January 2017, Trump signed an executive order that promised to make good on his campaign promise to build a wall, “monitored and supported by adequate personnel so as to prevent illegal immigration, drug and human trafficking, and acts of terrorism.” This was followed by more mandates targeting refugees and immigrants from Muslim-majority countries, undocumented immigrants without criminal records, and sanctuary policies, especially California’s.

More than a year since that executive order, the $18 billion needed for Trump’s wall has yet to materialize. Meanwhile, we’re left with an increasingly isolated nation, one that is simmering with fear and anger, and ready to expel immigrants — mothers, children, asylum-seekers, Muslims — under the false narrative of chaos at the border.