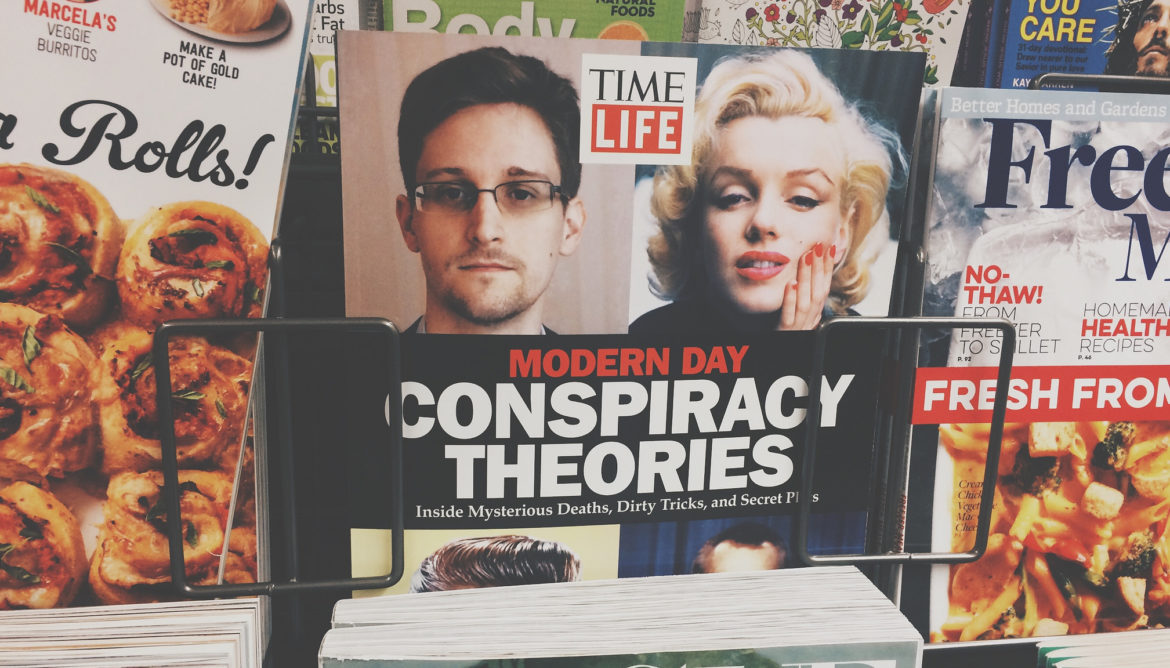 Last month, Albuquerque-based anti-abortion missionaries Bud and Tara Shaver and the University of New Mexico branch of Students for Life co-sponsored a screening of a documentary promoted as a way to “start a healthy conversation” about abortion. Someone chalked sidewalks outside the university campus venue with phrases like “Support unbiased research” and “Abortion does not cause breast cancer.” Tara told me she’d invited several pro-choice groups and was disappointed none of their members attended. What she didn’t mention was that the documentary itself had already been decried by medical experts as misleading, unfair and emotionally manipulative—a form of conspiracy thinking rendered in film.

Two weeks after the screening, Tara told me she’d read an article I wrote in February about a Massachusetts project that in the 1990s helped bridge extreme rifts between local abortion activists. Tara thought another showing of the documentary could promote civil discourse about a severely polarizing issue.

It’s promising that Tara and her husband have expressed openness to bridging such divides. Yet before, during and after promotions of the documentary, the Shavers—along with Operation Rescue’s Vice President Cheryl Sullenger and others—used social media to propagate InfoWars and the so-called “QAnon” conspiracy theory. Their attachment to QAnon indicates a concerning shift in focus and organizing, contradicting their stated goals of non-violence and inclusive outreach.

QAnon erupted back in October on 4chan and then spread to 8chan, both controversial websites that allow anonymous postings. Its content ranges from mundane discussions of topics like popular culture and fitness, to predominantly right-wing political views, to overtly abusive and predatory posts. Believers of QAnon think there’s an unnamed figure with the most permissive, high-level Q security clearance working closely with President Donald Trump who has taken to a digital bulletin board to anonymously leak cryptic messages, “breadcrumbs,” so others can know the truth of what’s happening in the White House.

The anonymous “Q” has been a blessing of sorts for people like Jerome Corsi. The D.C. bureau chief for InfoWars is known for spreading conspiracy theories based on half-truths, lies and wild speculation. His QAnon narrative updates old tropes and villains, ones that Infowars and specifically Corsi have peddled for years. Corsi’s “decodes” of Q’s “breadcrumbs” are aided by an atomized crew of random people, mostly white men using their internet and webcams to applaud Q and Trump for carrying out what they say are brilliantly planned takedowns of international sex trafficking and pedophilia cartels tied to leftwing operatives. Their 24/7 stream of consciousness is an eerily boring parade of friendly banter interwoven with bigoted paranoia and nationalism.

When I asked Tara if she and Bud had any concerns that promoting QAnon would diminish their credibility, she shrugged it off.

“People are always trying to make affiliations between what we do, what our tactics are,” adding that she’s not tapped into media outlets like InfoWars as intently as her husband. But they’re both committed to questioning everything they read and hear, she said, and they refuse to settle for what others, including fellow conservatives, expect them to believe. “We really want to be at peace with everyone.”

The Shavers’ own provocations in New Mexico have alienated them from many mainstream conservatives, including self-proclaimed “pro-life” Republicans Gov. Susana Martinez and former Albuquerque Mayor R.J. Berry. The Shavers have also earned allies. Republican U.S. Rep. Steve Pearce included their praise in his office’s December press release about his work with the House Select Investigative Panel on Infant Lives. The panel formed to investigate Planned Parenthood following covert recordings made by a group with ties to Operation Rescue, where the Shavers were interns before they relocated to New Mexico eight years ago. In March, they endorsed Pearce’s run for governor.

When I asked Bud to help me understand the QAnon phenomenon and how it relates to his and Tara’s activism, he suggested I start with “The Unseen Hand” by A. Ralph Epperson.

Epperson fixates on communist and socialist ideologies, portraying them as modern-day work of the 18th-century Bavarian Illuminati interwoven with Freemasons and international (dogwhistle: Jewish-controlled) banking cartels. Epperson contends these hidden forces directed major U.S. historical events, from the colonial revolution against British rule to the Cuban missile crisis and President John F. Kennedy’s assassination. To Epperson, most politicians and every left-leaning activist aren’t to be trusted; they might all be compromised. The Catholic Church, too, has been infiltrated by this secretive power grab, along with public schools, the scientific theory of evolution and popular culture.

The book shares a lot with the white supremacist-enabling “Protocols of the Elders of Zion” and Pat Robertson’s anti-Semitic “New World Order,” along with other paragons of paranoia like “None Dare Call It Conspiracy” (credited by InfoWars as “the book that crystallized the awakening of Alex Jones”). And they’re all updated versions of narratives that originated with pro-monarchy, pro-authoritarian reactions to the Age of Enlightenment and the French Revolution.

Modern forms of 18th-century conspiracy theories have been disseminated for years by conservative groups like the John Birch Society. As the Cold War came to an end, old theories adapted to present new groups—including Muslims and other waves of immigrants—as existential threats, opponents in an ongoing struggle between Good and Evil.

According to Chip Berlet, an investigative journalist who studies right-wing extremism in the United States, the stories concocted by conspiracy theorists can be both gripping and hazardous. Berlet wrote in a 2009 report for Political Research Associates that “people who believe conspiracist allegations sometimes act on those irrational beliefs, and this has concrete consequences in the real world. Angry allegations can quickly turn into aggression and violence targeting scapegoated groups.” Berlet’s research also found that racial supremacist and fascist organizers often use conspiracy theories that aren’t overtly bigoted in order to appear non-threatening to new recruits.

The Albuquerque Journal once referred to the Shavers as “June and Ward Cleaver with a soapbox and a megaphone.” It’s an analogy the couple has embraced. They see themselves as ordinary, peace-loving Christians intent on helping others. Yet they take being thought of as religious extremists in stride. To them, it’s confirmation that they’re holding powerful forces accountable, peacefully disrupting a malevolent status quo.

Their vocal intent to meaningfully engage other community members with different views poses its own profoundly worthy challenge. It also seems clear that while the Shavers are interested in my previous writing about the Public Conversations Project, they haven’t reconciled with the source material.

Take, for example, the documentary Tara said could spur healthy community dialogue, despite controversy surrounding it. In contrast, the project handbook used to help Massachusetts activists on opposing sides of the abortion debate dial down their inflammatory rhetoric and organizing tactics outlines clear conversational parameters. Those parameters include collaborative planning, pre-arranged communication agreements, meetings designed with supportive structures for speaking and asking questions—all forming a basis for civil disagreement and cultivation of common knowledge.

Peaceful terms of agreement are all the more daunting if people involved continuously indicate their goal is to convert those who disagree, or if they believe they’re engaged in a militant struggle between absolute forces of Good vs. Evil.

The Shavers’ attachment to a conspiracy theory spread by social media and outlets like Infowars illustrates a very human tendency. It’s possible for people of all backgrounds to fall for paranoid, vitriolic, slanted or factually groundless propaganda. I once pushed back against a left-leaning friend who thinks 9/11 was an “inside job.” And someone I’ve been close to for years, now a born-again evangelical Christian, was convinced by the life-threatening 2016 “Pizzagate” conspiracy theory now repackaged by QAnon. I begged them to apply well-founded skepticism to everything they read and hear, to avoid spreading unfounded speculations. That they’re willing to listen to me is some reassurance in our hazardously overheated climate that we can still foster healthy connections between open-minded people.

Margaret Wright is a contributor to NM Political Report.

Correction: This story originally said QAnon began on 8chan, but clarified that it began on 4chan and spread to 8chan.