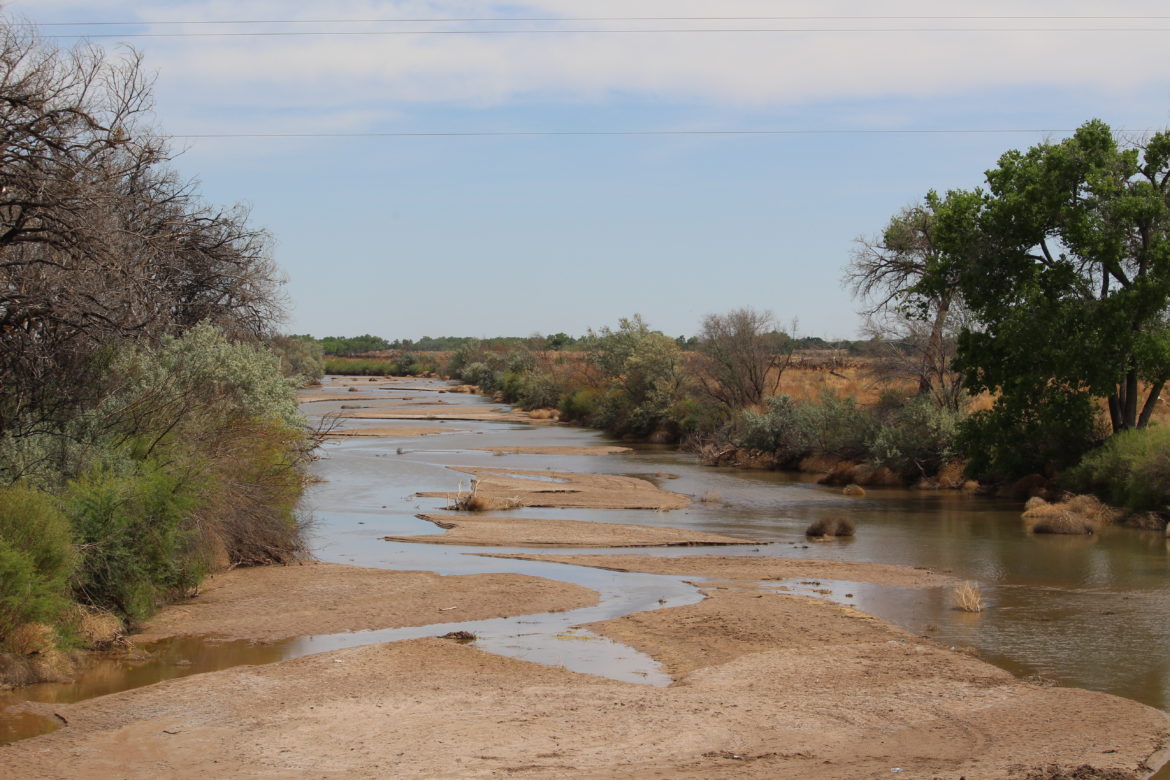 The Rio Grande at Escondida

Elizabeth Miller writes in the Santa Fe Reporter about getting out to gaze at the dark skies. Benjamin Fisher tracks a U.S. Forest Service prescribed burn in the Gila National Forest. He also continues his dogged coverage of the Gila River diversion in the Silver City Daily Press. Adrian Hedden with the Carlsbad Current Argus has a story about restoration efforts on the Black River.

In other news around the region, El Paso Electric lost $7 million in its first quarter of 2018 and a natural gas company is expanding facilities in Eddy and Lea counties.

As part of their investigative work with ProPublica, reporters at the Santa Fe New Mexican want to hear from people who have worked at Los Alamos National Laboratory or other national labs around the country. You can fill out a short questionnaire about your work experiences and health concerns at:

The April 2018 issue of the Journal of Contemporary Water Research and Education is focused entirely on tribal water issues, and it’s worth checking out in its entirety.

There are two articles related to the Navajo Nation: one on precipitation variability from 2002-2015 and another on snowpack variability from 1985-2014 and implications for water management.

In her introduction to the volume, the University of Arizona’s Karletta Chief writes of how tribal perspectives in water resources and education are often overlooked. That’s often the case here in New Mexico, despite the fact that there are 23 tribes in the state and many, especially the pueblos along the Rio Grande, have significant roles to play in water rights and management.

Chief also notes that there are few Native Americans in the sciences, and even fewer in the field of hydrology. The volume marks one step toward highlighting the work of Native scholars and tribal colleges and universities. “There is still a lot of work needed to fill the literature gap of tribal voices in the hydrologic sciences,” she writes; “with more respectful partnerships with tribes and tribal researchers leading these efforts, this gap will begin to fill.”

Lastly, I’ve asked people to share their photos of New Mexico’s rivers right now on Twitter. People have been sending along photos of the Rio Grande, as well as of the Cimarron and Pecos rivers and some mountain springs and washes. Add the hashtags #nmwater #nmrivers to your photos, and CC @LauraPaskus or @NMreport so we can retweet them to our followers, too.