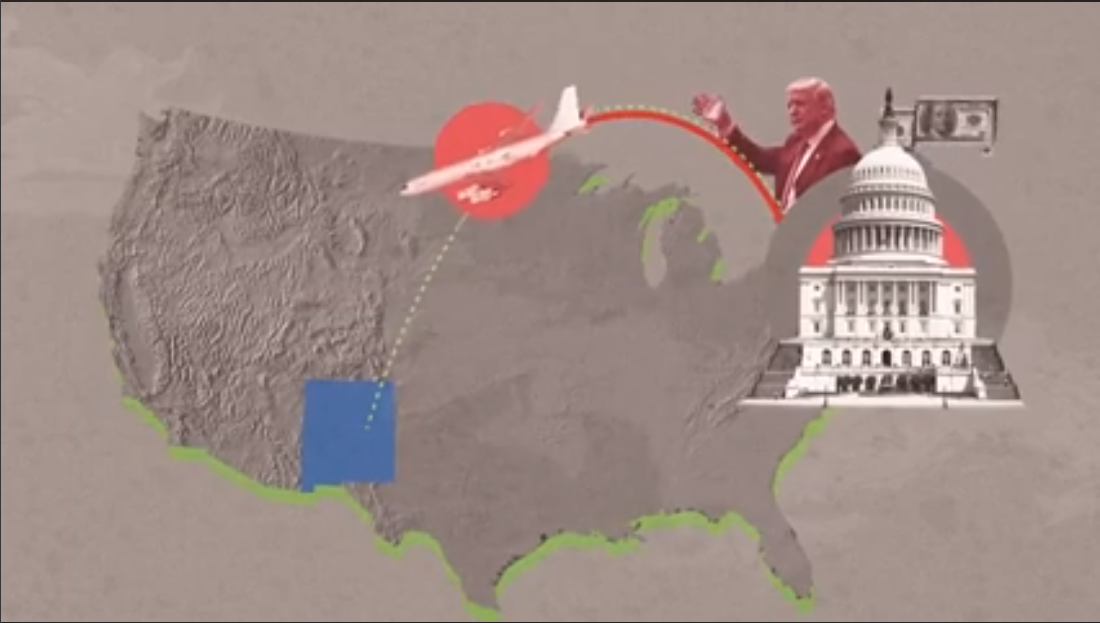 Screenshot from ad by Joseph Cervantes.

Joe Cervantes took off the gloves in the gubernatorial race and is airing an ad attacking apparent Democratic frontrunner Michelle Lujan Grisham.

The ads target Lujan Grisham for some of her votes while in Congress and contracts a company she ran received from the state. The ad also refers to her as “Grisham” instead of her full last name, Lujan Grisham.

Victor Reyes, a spokesman for Lujan Grisham’s campaign, called the ad “ridiculous and full of falsehoods.”

The votes were regarding rolling back parts of the Affordable Care Act. She voted along with 75 other Democrats and most Republicans to end a panel designed to find Medicare savings. The board had not yet gone into effect. The other vote regarded lowering the amount needed for people to claim a tax deduction on medical expenses.

The Cervantes ad also said Lujan Grisham “made a bundle off governing contracts” since going to Washington D.C.

These are likely in regards to a company Lujan Grisham founded with State Rep. Deborah Armstrong, another Democrat from Albuquerque. The company, Delta Consulting, predated the time either were in elected office, and received a contract to manage the state’s health insurance pool.

“Congresswoman Lujan Grisham ran a patient advocacy company designed to help people get affordable care. Her small business didn’t make a “bundle” on state or federal contracts,” Reyes said. “This business saves peoples lives by helping vulnerable patients get health care after being denied coverage by insurance companies. These were people with cancer, hemophilia, AIDS and kidney disease who otherwise would have been left without care.”

The ad is airing on TV stations statewide according to FCC filings.

Previous ads in the gubernatorial campaign have been positive, biographical ads that introduce the candidates to the electorate.

Early voting is already open throughout the state in the offices of county clerks, and early voting locations will expand on Saturday. Election day is June 5.

Cervantes has a large amount of campaign cash for the final stretch, largely from self-financing his campaign. Cervantes has loaned his campaign more than $2 million, including $500,000 in the last campaign finance period, which ended May 7.