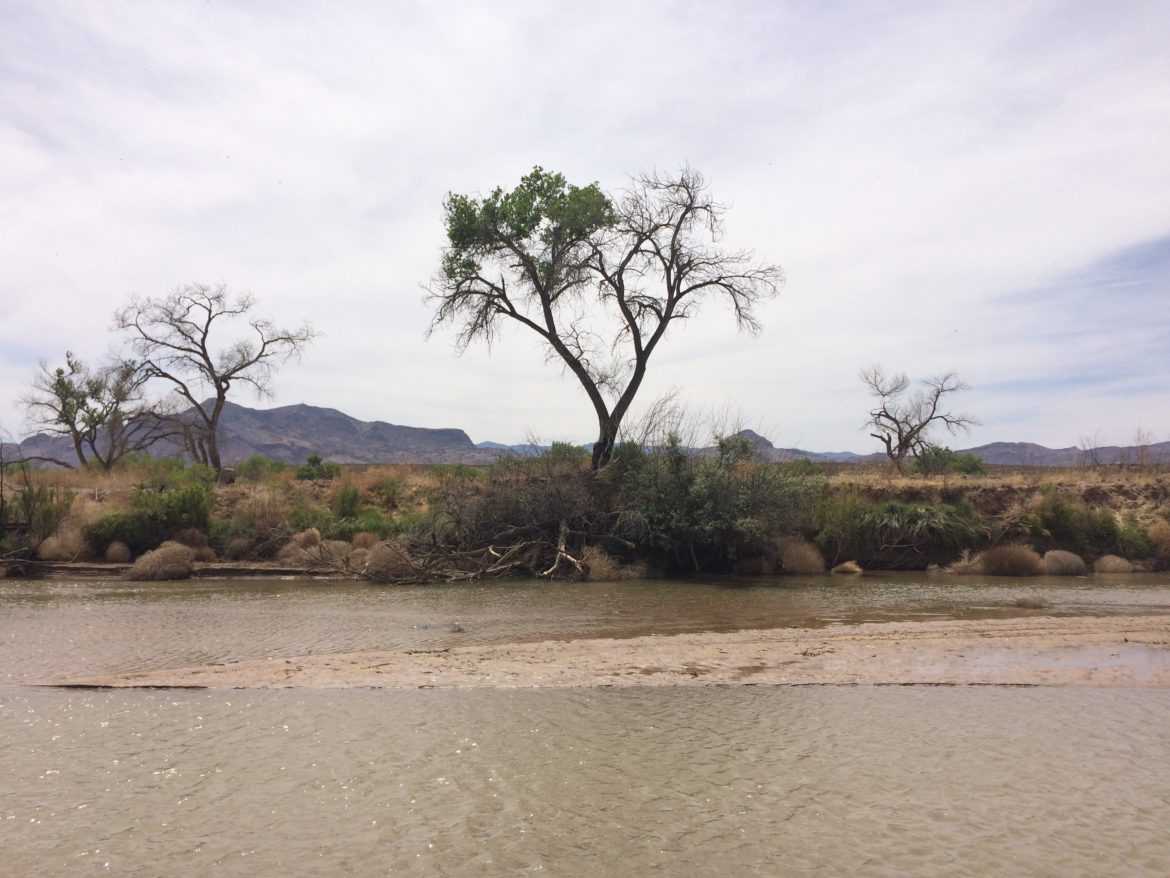 New Mexico’s next governor should be ready to confront the state’s critical water issues on his or her first day in office.

That’s according to Mike Connor, deputy secretary of the U.S. Department of the Interior during the Obama administration, who spoke at a water conference at the University of New Mexico on Thursday.

The agenda looked ahead—past the six remaining months of Gov. Susana Martinez’s administration—to what the next governor needs to understand about New Mexico’s water challenges, from drought and water transfers to interstream agreements, including on the Colorado River, whose waters seven U.S. states and Mexico share.

Connor noted that on the Rio Grande, Elephant Butte Reservoir is 18 percent full, and said it could drop to less than five percent by the end of this year’s irrigation season.

“The governor needs to have some policy initiatives ready to go as quickly as possible because there are going to be water issues that need to be addressed from the get-go,” he said.

As one of the organizers of the conference, he acknowledged the conference lacked representation from tribal governments and environmental groups. “That’s a valid criticism, and it’s something the next administration should think about,” said Oglesby. “Along those lines, at the Utton Center we like to harp on preventive diplomacy.” Whether people view a warm, dry year like this one as a crisis or an opportunity, he said, “it’s up to us, and it depends on the relationships we form in this room together.”

Oglesby also noted that Texas v. New Mexico and Colorado, the U.S. Supreme Court lawsuit over water from the Rio Grande, is “about to start getting much more interesting.”

In 2013, Texas sued the upstream states of New Mexico and Colorado, alleging that by allowing southern New Mexico farmers to pump groundwater connected to the Rio Grande, the state failed to send its legal share of water downstream. Earlier this year, the high court also allowed the U.S. government to intervene after it argued that New Mexico is harming its ability to deliver water under the Rio Grande Compact, as well as under its international treaty with Mexico.

Read our interviews with NM’s gubernatorial candidates about water, climate change and energy

“In terms of talking about crisis versus opportunity, I’d encourage us to think about this as an opportunity,” Oglesby said.

“We’re all terrified of unlocking that beast, of potential losses we could bear here in New Mexico,” he said of Texas v. New Mexico and Colorado. But “frank discussions” about shifts in the Rio Grande Compact could provide important opportunities for New Mexico, he said, particularly about where water is stored.

Revamping the agreement to store water in upstream reservoirs could mean leaving more water in the system, rather than losing it to evaporation at Elephant Butte and Caballo reservoirs. But, he said, “it takes courage to have real discussions in this litigious situation.”

Working with tribes should be a ‘high priority’

A New Mexico native, Connor offered a handful of specific suggestions to the incoming governor.

“Outside of New Mexico, New Mexico’s water issues are not the center of anyone’s attention,” he said, adding that “New Mexico needs to take the lead to care about itself, then drive the process.”

The state needs to focus its water priorities and step up participation in federal partnerships and programs that address drought, he said. At a minimum, the state water plan needs to be updated—and implemented as a strategy.

There is also “opportunity and need in engaging New Mexico’s tribes,” he said.

During the administration of President Barack Obama, the federal government settled a number of important and long-standing water disputes with tribes, including in New Mexico. Beginning in 2020, $120 million will be available annually for a decade to implement Indian water rights settlements, Connor said. Calling Indian water rights settlements a “win-win,” he pointed out they bring much-needed infrastructure to communities in the state. In some cases, they also include environmental restoration, he said, and they build goodwill among tribes and neighboring communities.

“Beyond settlements, there is also the need and opportunity to engage with tribes in water resources management and strategies,” he said. The bottom line, he said, is working with tribes should be a “high priority” for the next governor.

Citing the economic impact of the outdoor recreation industry, Connor also pointed out that New Mexico’s “future relies as much on the protection of its resources as on the use of its resources.”

And he added that sustainability and resiliency must supersede the drive for legal victory.

“There are still plenty of places for legal posturing,” he joked to the water attorneys in the audience. But writing and negotiating agreements is more productive than taking depositions and litigating, he said. He honed in on Texas v. New Mexico and Colorado, in particular.

Whether New Mexico’s position on the Supreme Court case is right or wrong, he said, “current operations in the Lower Rio Grande are simply not sustainable.”

Read all our coverage of Texas v. New Mexico and Colorado

Nor does drought need to drive scarcity, he said. Instead, it should drive innovation.

“Whether New Mexico wins, or certainly if Texas wins, innovation is going to be necessary to deal with the overdraft situation in the Lower Rio Grande, so we ought to just get on with it at this point in time,” Connor said, adding the same is true with respect to endangered species issues in the Middle Rio Grande.

Managing water in New Mexico has been, and continues to be, about conflict, he said. That’s been true whether the state was focused on developing its waters or trying to restore and protect them. The question today, he said, is how to achieve sustainability given the challenges.