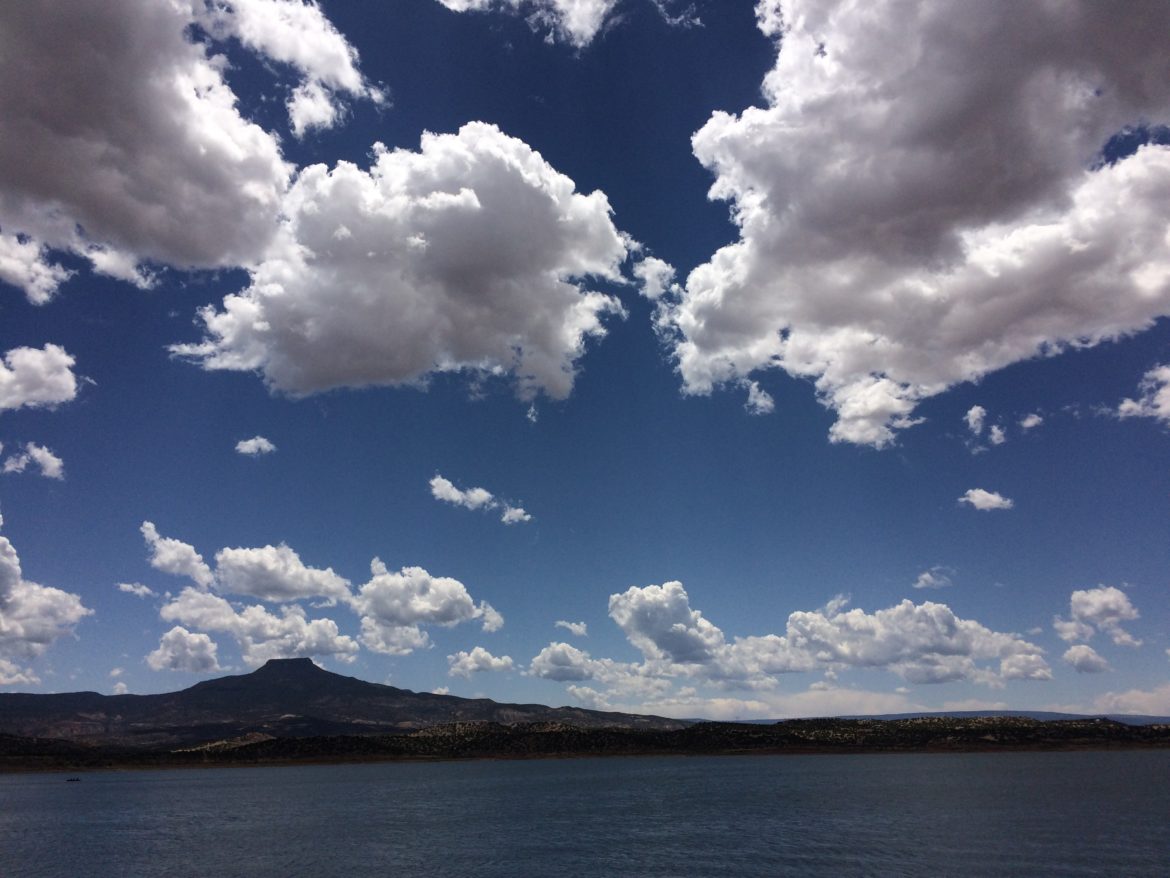 Find a spot to enjoy New Mexico this weekend

It’s been a busy week, and we have plenty of news to share from around the state and region.

-New Mexico Attorney General Hector Balderas has filed the state’s counterclaims in Texas v. New Mexico & Colorado, the U.S. Supreme Court lawsuit over the waters of the Rio Grande. We’ve posted those pleadings on our site, if you want to read them for yourself.

-New Mexico’s former Environment Department secretary didn’t get the job, but the man who came up with the “lock her up” chant is the new head of the U.S. Environmental Protection Agency’s Pacific Southwest office. According to the story in The Hill, Michael Stoker isn’t interested in moving to San Francisco, so he’ll oversee the region from Los Angeles instead.

-We’ll have some in-depth coverage of the issue coming up soon, but if you want to keep up with the recent meetings and hearings about Holtec’s application to the Nuclear Regulatory Commission to store nuclear waste in southeastern New Mexico, the Santa Fe New Mexican covered Thursday’s meeting in Albuquerque and a hearing last week before legislators in Santa Fe.

-Some outlets wrote about the candidates running for various offices around the state and where they stand on issues like energy and public lands: Republican Monty Newman, running for the House of Representatives in New Mexico’s second congressional district, spoke with the Deming Headlight. And, Searchlight New Mexico tried to get a handle on State Land Office Commissioner candidates (but heard back from only two).

-Oil prices are up right now, from the Carlsbad Current-Argus. And by the way, the United States remains the world’s top producer of petroleum and natural gas hydrocarbons. That’s according to the U.S. Energy Information Administration. The U.S. is closely followed by Russia and Saudi Arabia.

-There are two stories this week I read and thought, “What if…?” concerning our cities here in New Mexico. The first is Bob Berwyn’s story in Earther about Berlin, Germany’s “living lab” project which helps people cut their carbon emissions.

The second story, “Willful Waters,” is about the Los Angeles River and how people’s relationships with it has changed over time. With New Mexico’s rivers at record lows, and the Rio Grande drying altogether, I think it’s the perfect time for cities like Albuquerque, Las Cruces, Carlsbad and Santa Fe to think about their relationships with their rivers, too. The piece, by Vittoria Di Palma and Alexander Robinson, begins:

For much of its history, Los Angeles was a river city. Yet a mere 30 years ago, most Angelenos knew little about their local river, dismissing its concrete-encased trickle as a joke when they didn’t ignore it altogether.

-And perhaps my favorite local story of the week, “Fish Friends: Students say goodbye to their buddies,” in the Silver City Daily Press.

-If you’re heading out to the forest this Memorial Day weekend, remember to douse your fire completely. Last year, I tagged along with fire crews in the Jemez Ranger District of the Santa Fe National Forest, and was shocked to see how many people abandoned campfires. Check out that story from last year, which includes important tips from experts on how to safely build and completely extinguish your campfire.