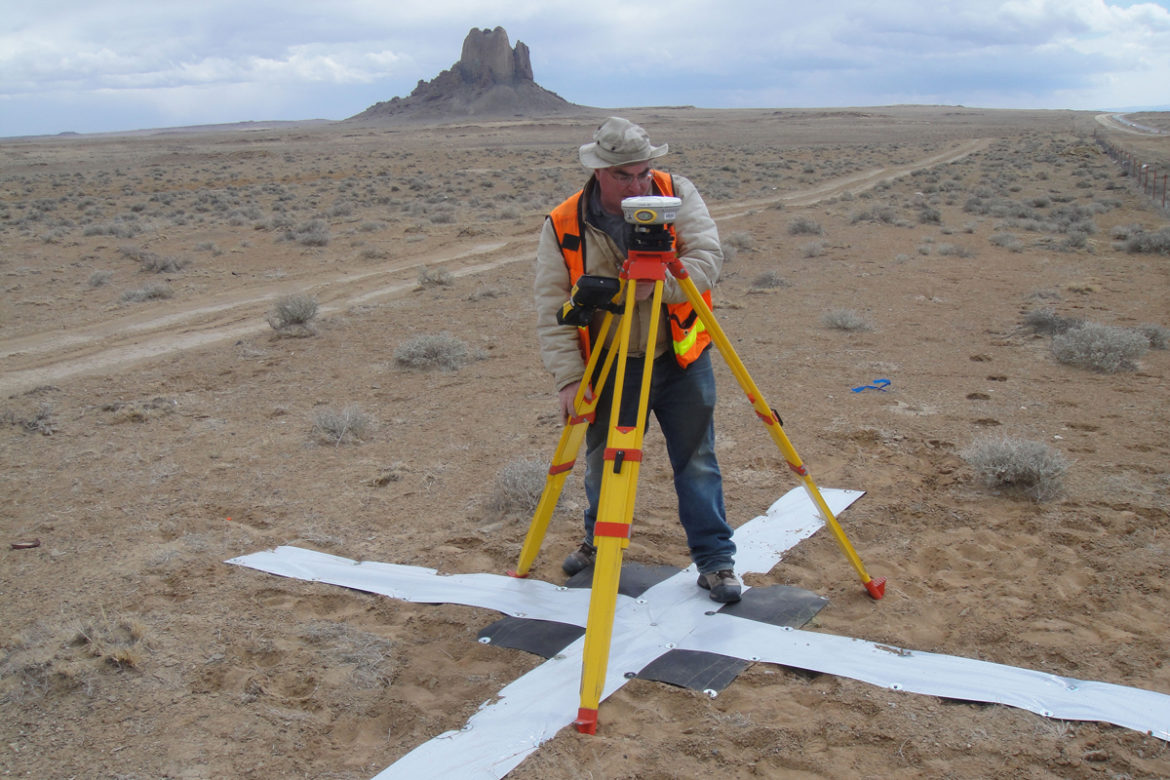 Survey work begins for the Navajo-Gallup Water Supply Project on the Navajo Nation.

Tens of thousands of people on the Navajo Nation lack running water in their homes. But that could change in the coming years, as the Navajo-Gallup Water Supply Project goes into effect. It’s expected to deliver water to the reservation and nearby areas by 2024, as part of a Navajo Nation water rights settlement with New Mexico, confirmed by Congress in 2009.

Many tribal nations are currently asserting those rights as a way to ensure economic vitality, affirm sovereignty and provide basic services that some communities lack. In many places, however, Native water rights have yet to be quantified, making them difficult to enforce. Settlement is usually the preferred remedy; it’s cheaper, faster and less adversarial than a lawsuit, and can include funding for things like pipelines or treatment plants. With settlements, “the tribes are able to craft solutions that work for them and that can be more flexible than anything that could be achieved through litigation,” says Kate Hoover, a principal attorney for the Navajo Nation Department of Justice water rights unit.

Once negotiations are complete, Congress has to confirm the settlements. Here are the three introduced in the Senate this session:

THE TAKEAWAY: This settlement allocates 4,000 acre-feet of Colorado River water per year from the Central Arizona Project to the 2,300-member Hualapai Nation. It also authorizes federal spending for a water pipeline to Peach Springs, the reservation’s main residential community, and Grand Canyon West, an economically important tourist destination featuring a horseshoe-shaped “skywalk” jutting out over the canyon.

Subsequent legal decisions confirmed that so-called “reserved water” could also be used for livestock, drinking water and even commercial purposes. That’s crucial for this settlement, because the Hualapai Nation plans to use a portion of their water to expand Grand Canyon West — and their economy. “We have done everything possible to provide jobs and income to our people in order to lift them out of poverty — but the lack of a secure and replenishable water supply on our Reservation is our major obstacle to achieving economic self-sufficiency,” wrote Damon Clarke, chairman of the Hualapai Nation, in testimony to the U.S. Senate Committee on Indian Affairs.

THE TAKEAWAY: This settlement affirms the Navajo Nation’s right to 81,500 acre-feet of water each year — enough to serve about 160,000 households — from the Utah portion of the San Juan River, a Colorado River tributary. In addition, it would establish funds for treating and transporting drinking water.

WHY IT’S IMPORTANT: In many Native water rights settlements, tribes agree to give up a portion of the water to which they’re entitled — often allowing other groups to continue using that water, which might otherwise have been cut off — in return for expensive water projects, typically built by a federal agency.

The Navajo Utah settlement is different: It would transfer money directly to the tribe for water infrastructure. During a U.S. Senate Committee on Indian Affairs hearing in December, Russell Begaye, the president of the Navajo Nation, explained why the tribe, rather than the U.S. government, should lead the work: “It’s important as a sovereign nation that we are able to do that — employ our people, use our laws — in order to build and construct any kind of construction that may take place.”

THE TAKEAWAY: This settlement confirms the right of the Kickapoo Tribe in Kansas to pull 4,705 acre-feet of water per year from the Delaware River Basin in northeastern Kansas. It would be a milestone in resolving long-standing disagreements over how to ensure the tribe has reliable water, even during droughts.

WHY IT’S IMPORTANT: Kansas, like much of the West, is prone to drought. This settlement would help the Kickapoo deal with dry periods by allowing the tribe to store more than 18,000 acre-feet of water in a reservoir that has yet to be built, but that has been contemplated for at least 40 years. A dispute over how to acquire the private land that the reservoir would flood led to a 2006 lawsuit, and, eventually, to settlement negotiations, which concluded in 2016.

Experts say it’s not unusual for settlements to take years or even decades to complete, and that securing congressional approval requires balance. “Ultimately, these settlements are political instruments,” says Steven Moore, a staff attorney at the Native American Rights Fund and an advisor to the Kickapoo Tribe in Kansas. “You really have to work these settlements out so that it’s a win-win for everybody.”

Emily Benson is an assistant editor at High Country News.