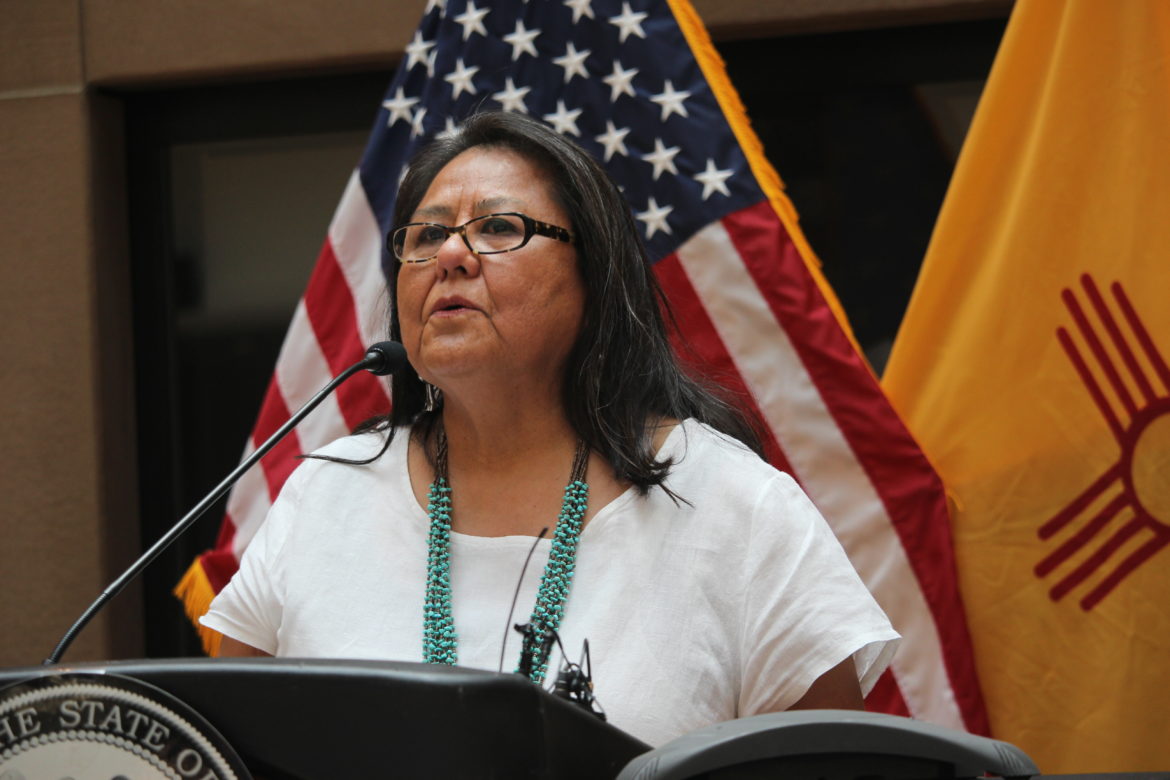 Elected officials will weigh in this week on key energy issues, both in Albuquerque and Washington D.C. What happens in those hearings and committee meetings might not grab headlines, but they affect landscapes, communities and the lives of all New Mexicans, whether they live close to oil and gas wells and coal mines, or hundreds of miles away.

When private companies drill or mine on federal lands, they pay a percentage in royalties. Right now, that’s 12.5 percent for onshore coal, oil and gas, though an Obama-era rule—overturned last year—updated valuation rates to increase royalty collections. About half the money collected goes to the federal government and half to the state where the mining or drilling occurred. New Mexico currently receives more royalties from extraction on federal lands than any other state.

The committee includes federal, state and tribal officials as well as energy companies and makes recommendations to U.S. Department of the Interior Secretary Ryan Zinke. But conservation and taxpayer groups say the committee lacks transparency and allows more input from industry than from states, tribes and the public.

For his part, Keller was New Mexico’s State Auditor and a state senator before his election as mayor. In both those roles, he said, he saw problems with how royalties were accounted for and audited.

“Above all, these are our resources,” Keller said. “What we want to do with them should be our choice.”

But things have gotten worse under Trump.

When asked what influence the public and elected officials can have over the committee and its recommendations, she answered, “we don’t know.”

“There should be a role for the public,” Alexander said. But the committee’s process has been “opaque,” even when it comes to who attends and what is discussed at working group meetings.

Despite the fact that there are more than 50 million acres of Indigenous and Alaska Native lands in the U.S., said Donna House, who is Diné, Indigenous communities are not part of the process.

“Their voice is not a part of this committee, and has not been a part of this administration,” House said at the press conference. “That is a huge inequity.”

Natural gas, oil and coal are extracted from the Four Corners to benefit those living throughout the Southwest, she noted. “When you’re turning on your electricity, be reminded of where it comes from,” House said. “I have seen it cause poverty in my community, and ecological poverty: When we’re looking at the costs of the impacts, we have to look at the environmental justice impacts it has. ”

Meanwhile, New Mexico Gov. Susana Martinez will not be attending Wednesday’s royalty meeting. Instead, she and Ken McQueen, secretary of the state’s Energy, Minerals and Natural Resources Department and a former vice president of WPX Energy, are scheduled to testify before the U.S. House Committee on Natural Resources.

One bill would “clarify” categorical exclusions authorized under the Energy Policy Act of 2005 and “streamline” oil and gas permitting. If it becomes law, it would allow the U.S. Bureau of Land Management (BLM) to approve certain plans without conducting an environmental study. These could include reinstating a former lease, expanding an existing oil and gas well pad site to include new wells, drilling wells at new well pad sites smaller than 20 acres and building up to two miles of new road or three miles of pipeline.

Under the National Environmental Policy Act, federal agencies must undertake certain levels of environmental analysis, depending upon the scale of the project. Categorical exclusions are allowed when impacts are expected to be minimal. Their use was expanded by the Energy Policy Act of 2005, spearheaded by then-Vice President Dick Cheney, which expedited oil and gas drilling on public lands.

The second of Pearce’s bills would remove requirements for oil and gas permits by the BLM on non-federal lands for subsurface minerals that are less than 50 percent owned by the federal government.