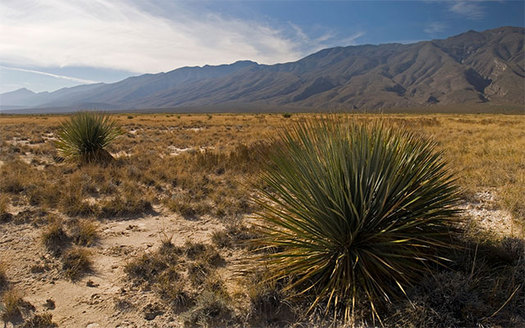 New Mexico is the second-largest state recipient of energy-related mineral royalties, after Wyoming.

N.M. – The Royalty Policy Committee meets in Albuquerque today. While it isn’t a household name, the RPC was rechartered by U.S. Interior Secretary Ryan Zinke after the Trump administration made increased production of domestic oil, gas and coal the centerpiece of its energy policy.

When companies drill or mine on federal lands, they currently pay 12.5 percent in royalties to the federal government and states. Because New Mexico receives the second-largest amount of federal royalty revenues in the nation, said Pam Eaton, senior energy advisor with The Wilderness Society, the state stands to lose significant income if that changes.

“We have a committee that was pulled together by the Trump administration that’s really just focused on making those public lands cheap, easy and fast to drill,” she said, “so that companies can make the biggest buck possible.”

The meeting will be held from 9 a.m. to 5 p.m. at the Sheraton Albuquerque Airport Hotel, but only 30 minutes have been allotted for public comment.

Former Multistate Tax Commission executive director Dan Buck has testified before the RPC and argued that its work isn’t transparent. He said many committee members have ties to the fossil-fuel industry, with limited interest in paying royalties to states.

“There’s the committee and then there are subcommittees, and the subcommittees meet in secret,” he said. “It is not a satisfactory public participation process that conforms to democratic norms.”

Buck said there are many loopholes in how fossil-fuel companies value the minerals they extract. The Obama administration closed some of those loopholes, but the Trump administration overturned those actions. Buck said the RPC now is recommending loosening the rules even further.

“The statute says that the public is supposed to get ‘fair value’ for the minerals,” he said. “The problem is, the procedures that have been historically used give fossil-fuel companies too much leeway in how they determine those values.”

A final RPC meeting is scheduled in Denver for September, before recommendations are submitted to Zinke.