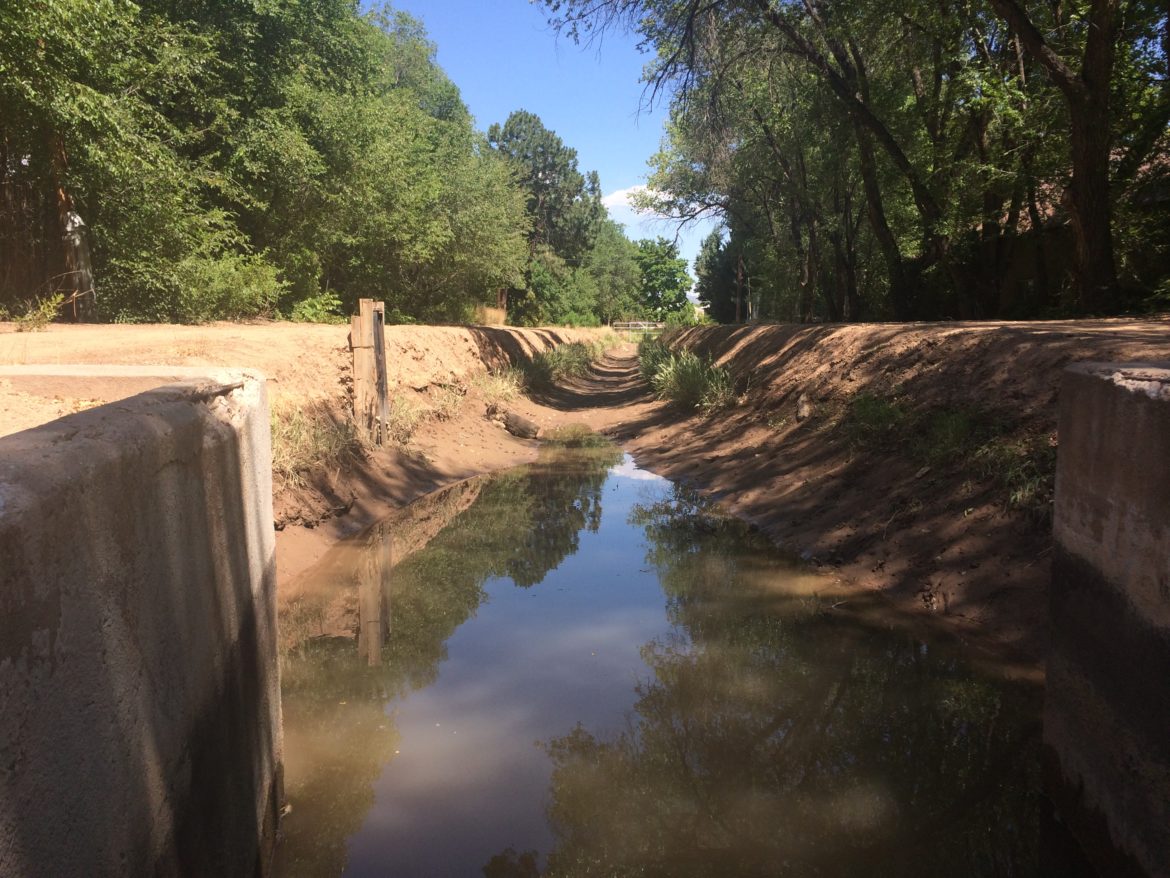 The Middle Rio Grande Conservancy District (MRGCD) is curtailing water deliveries to some users and warning people of fire danger in the bosque.

The Rio Grande has been running far below normal this spring due to drier-than-normal conditions in the mountains this winter. About 20 miles of the river are currently dry south of Albuquerque.

This week, MRGCD told Water Bank participants they can no longer irrigate this spring.

The MRGCD delivers water to about 10,000 irrigators across 70,000 acres between Cochiti dam and Elephant Butte Reservoir. Those irrigators own the water rights and it’s the district’s job to deliver the water through a system of canals and ditches.

The district had also set up a Water Bank so that landowners who sold their pre-1907 water rights could still irrigate their lands when surplus water is available in the system. But when the amount of water stored by the district in upstream reservoirs dipped below a critical threshold last weekend, Water Bank participants were informed deliveries would stop.

Hydrologist David Gensler told MRGCD board members at their regular meeting Monday that the district currently has 92,500 acre feet of water in storage.

“We’re going through our water pretty quickly this spring,” Gensler said, though he noted that they’re ahead of where they thought they’d be due to planning earlier in the year.

“Generally, people are doing all right,” he said, though irrigators might be receiving somewhat less water than they’d like. The best news, he said, is that the forecast for summer monsoons still looks “pretty good.”

MRGCD board member Glen Duggins, an irrigator in Lemitar, followed up Gensler’s comments: “Pray for rain and bale your hay.”

MRGCD Chief Engineer Mike Hamman reported to the board that a coalition—including the district, two federal agencies and the Middle Rio Grande pueblos—agreed to store and move water owned by the pueblos in a way that also ensures the district’s water lasts as long as it can this year. “It’s important that whatever water supply we have, to stretch it out,” Hamman said. He added that this agreement, which he said meets the pueblos’ needs and the irrigation district’s demands, is just for one year.

Hamman also said that while the district doesn’t plan to restrict hiking, horseback riding and biking within the bosque, it is tightening up vehicle access. Vehicles are only allowed on the levee roads, and Hamman noted that four-wheelers and other vehicles are not allowed within the bosque or the dry riverbed.

Open fires, fireworks and smoking are already prohibited within the bosque.

Despite “grim discussions” around snowmelt, runoff and the drying river, Jennifer Faler, Albuquerque area manager of the U.S. Bureau Reclamation, told board members that recent rains and agency operations have produced a bounty of silvery minnow eggs this spring. “I just want to remind people that the population can get very, very small, or very, very big in one year,” she said.

Reclamation has already released 8,748 acre-feet of supplemental water for endangered species so far this year. She said the minnows appear to have “responded favorably” to the operational pulses of water by MRGCD and the Albuquerque-Bernalillo County Water Utility Authority, and U.S. Fish and Wildlife Service biologists have been able to collect more than 100,000 eggs to be raised in hatcheries.

“There is no immediate threat of drying in the Albuquerque reach and all water management entities continue to coordinate closely to make every effort to avoid this for as long as possible,” Carlson said. “We are pleased to see more rain in the forecast for this week.”