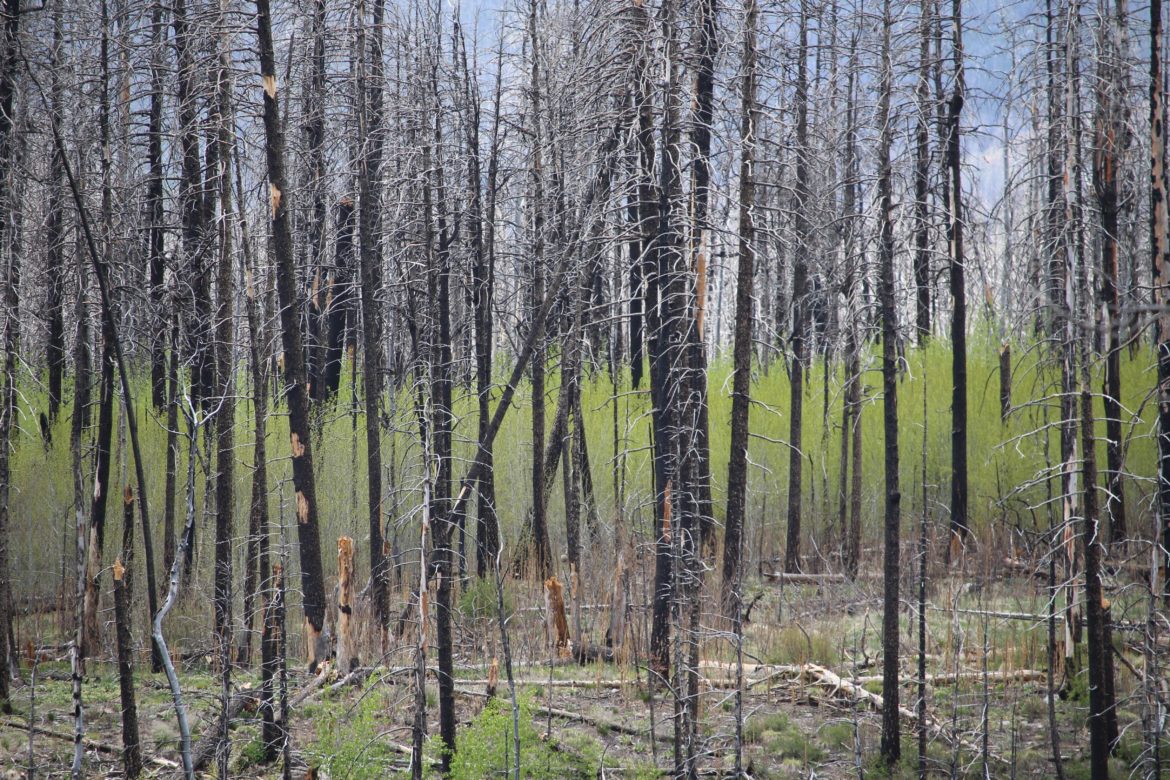 A forest in transition in the Jemez Mountains

In partnership with ProPublica, the Santa Fe New Mexican’s Rebecca Moss has the run-down on the new contract to run Los Alamos National Laboratory. Last week the U.S. Department of Energy and National Nuclear Security Administration announced details of the Triad National Security LLC, which will include the University of California, the Battelle Memorial Institute and Texas A&M University.

Sami Edge with the Santa Fe New Mexican has a cool story about protecting rare plants like the Holy Ghost ipomopsis from wildfires. And it’s not an environment story, but if you read Julie Ann Grimm’s story about Forrest Fenn in the Santa Fe Reporter this week, you’ll be glad you did.

To receive the NM Environment Review on Thursday mornings, sign up for our weekly email here.

This week, we reported that the public comment period for the EIS on the Gila River diversion opened. There will be eight meetings in New Mexico and Arizona next month, and the public comment period closes July 20. And here in the Middle Rio Grande Valley, the local irrigation district had to cut deliveries to Water Bank users, and officials are warning of fire dangers in the bosque.

Meanwhile, a federal court knocked down a lawsuit from WildEarth Guardians, in which the nonprofit tried to compel the U.S. Army Corps of Engineers and the U.S. Bureau of Reclamation to use its authority to improve water operations on the Rio Grande for the sake of the endangered silvery minnow and southwestern willow flycatcher.

Judge Robert Brack prefaces his order with a quote from Elijah, in the Bible (“As the LORD God of Israel liveth, before whom I stand, there shall not be dew nor rain these years, but according to my word…”) and thus begins his order:

New Mexico is languishing in the midst of an unprecedented, prolonged drought. As it stands, the many stakeholders who depend on water in the region have become increasingly embroiled in a perilous zero sum game. There simply is not enough water for everyone, and with painful realities imminent, how to best allocate the limited water is a deeply polarizing question.

If the Court possessed the power of Elijah, it would call down rain to nurture our parched state. But the Court has no such power. All the Court can do is answer the legal question central to this matter: is the United States Army Corps of Engineers (Corps)’s decision not to consult with the United States Fish and Wildlife Service regarding its Middle Rio Grande operations arbitrary or capricious?

There’s a new paper out in the peer reviewed journal, Fire Ecology, from a group of New Mexico and Arizona scientists who study how ponderosa pine forests respond to high-severity fires in the Southwest. Last spring, I went to one of those areas with ecologist Collin Haffey for our story, “The Heart of Darkness.”

When asked this week what he’d like New Mexicans to understand about the paper and their work, he explained that the size of high-severity fires (like Las Conchas, for example) is so large that many of our landscapes are being converted from conifer forests to shrubs and grasslands. “These areas are unlikely to naturally return to forests even in several hundred years,” he explained. “In many places, because of climate warming, we are likely to never see the same forest types return. We need to start thinking about ways we can either speed up reforestation by planting trees or embrace the new ecosystems in a way that benefits both nature and human communities.”

In other news, underground operations have resumed at WIPP and state regulators are considering a $2 billion transmission line project. And in southeastern New Mexico, proponents of an interim nuclear waste storage facility worked to allay people’s worries at a meeting in Carlsbad.