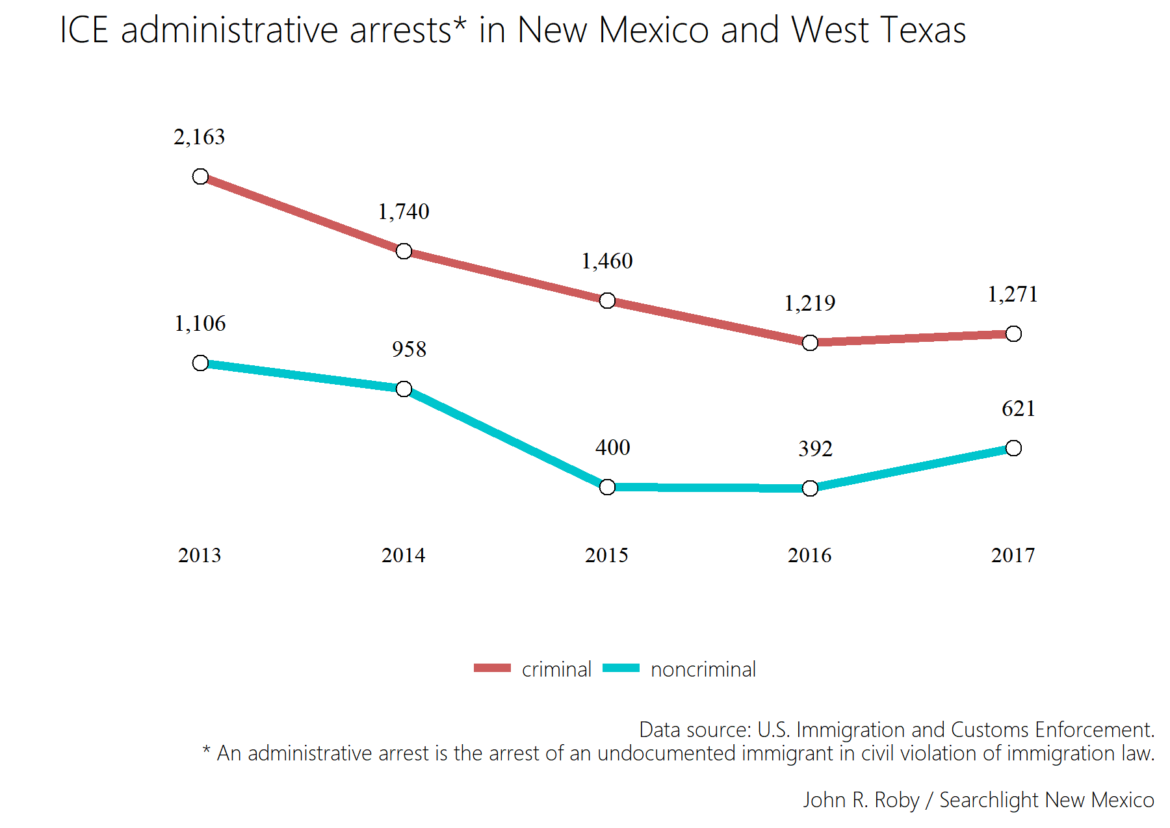 The Trump administration hasn’t just fired up the anti-immigration rhetoric; it has changed the system of enforcement in myriad ways. Specific actions taken within U.S. Citizenship and Immigration Services (USCIS) — which processes visa and legal residency applications — and the government’s enforcement arm, Immigration and Customs Enforcement, or ICE, have drastically changed the landscape for undocumented and mixed-status immigrant families.

Prosecutorial discretion is gone. Under the Obama administration, immigration authorities were instructed to target the “worst of the worst.” ICE focused on arresting unauthorized immigrants who had committed additional crimes. Immigrants who had committed no crime other than crossing the border without permission were not targeted. The Trump administration has ended this practice, and nearly all immigrants living in the United States without permission are at risk of removal.

No more “stays of removal.” According to attorneys around New Mexico, ICE is now routinely denying the reprieve that lets some immigrants applying for legal status remain in the country while USCIS decides the outcome of their application. At the same time, ICE’s decisions on “stays of removal” are not being communicated to attorneys until after the client has been deported, attorneys say. “The procedural stance on that is, ‘Assume that it’s going to be a no,’” said Imelda Maynard, immigration attorney with Catholic Charities of Southern New Mexico.

Visa applicants are fair game for deportation. If USCIS is taking a long time to process a visa application and an immigrant is otherwise living in the country unlawfully, the applicant may be targeted for deportation. Previously, the government had a policy of allowing USCIS to make a decision on an application before taking action, said Olsi Vrapi, an Albuquerque immigration attorney. Now, ICE is removing people with visa applications pending.

New layers of red tape. Applications to USCIS are taking longer, attorneys say. For example, a victim of domestic violence could apply for a special visa and receive a work permit within four months. Now the permits are taking six to eight months, according to Elizabeth Zavala, an attorney with Catholic Charities. “We have had two clients losing their jobs because they didn’t receive their work permits in time.”