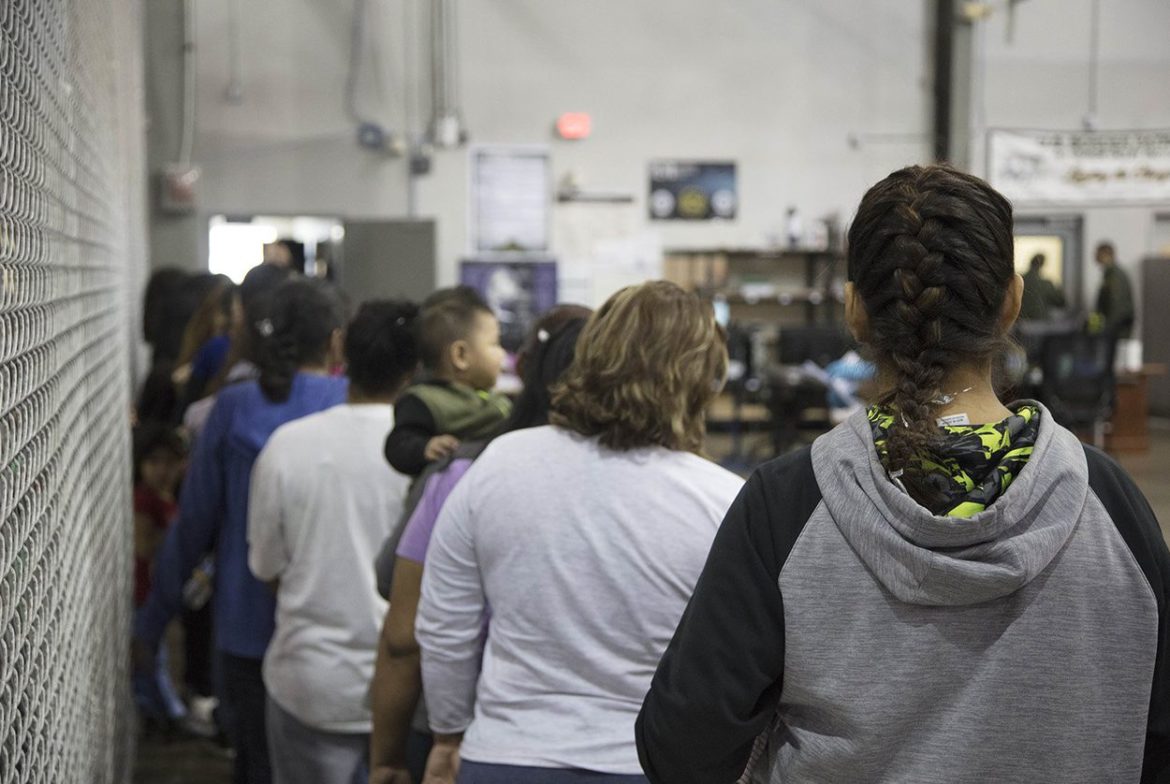 HOUSTON — Central American men separated from their children and held in a detention facility outside Houston are being told they can reunite with their kids at the airport if they agree to sign a voluntary deportation order now, according to one migrant at the facility and two immigration attorneys who have spoken to detainees there.

A Honduran man who spoke to The Texas Tribune Saturday estimated that 20 to 25 men who have been separated from their children are being housed at the IAH Polk County Secure Adult Detention Center, a privately-operated U.S. Immigration and Customs Enforcement facility for men located 75 miles outside Houston. He said the majority of those detainees had received the same offer of reunification in exchange for voluntary deportation.

The 24-year-old detainee, who spoke on the condition of anonymity and requested the Tribune use the pseudonym Carlos because he feared retaliation, told the Tribune that he abandoned his asylum case and agreed to sign voluntary deportation paperwork Friday out of “desperation” to see his 6-year-old daughter, who was separated from him after the pair illegally crossed the border in late May. The man said two federal officials suggested he’d be reunited with his daughter at the airport if he agreed to sign the order, which could lead to him being repatriated to his violence-torn home country in less than two weeks.

“I was told I would not be deported without my daughter,” said Carlos, adding that he’s now hoping to revoke the voluntary deportation order he signed and get legal help to fight his case. “I signed it out of desperation… but the truth is I can’t go back to Honduras; I need help.”

Carlos said he’s only spoken to his daughter once — on June 21 — since the pair were separated three weeks ago in McAllen. He said he paid a smuggler $7,000 for the 10-day journey from Honduras because he feared being caught up in the violence waged by organized crime syndicates and gangs in the country. They turned themselves in to Border Patrol officers shortly after illegally crossing into the United States on a raft that pushed off from the banks of the Rio Grande on the Mexico side near Reynosa, Carlos said.

He said he wanted a better life for his only daughter and hoped U.S. officials would grant them asylum. He was told he did not pass the first hurdle — proving he had “credible fear” of persecution or torture in Honduras — but volunteer attorneys have instructed him to revoke the paperwork he signed and appeal his credible fear ruling before an immigration judge.

Carl Rusnok, an ICE spokesman, said Saturday evening that the agency “cannot research vague allegations,” but would do so if given specific details about the migrants who made the claims.

“It is unprofessional and unfair for a media outlet to publish such allegations without providing names, dates and locations so that these allegations can be properly researched,” Rusnok said. The Tribune declined to give Rusnok the detainees’ identifying information.

A Homeland Security and Health and Human Services fact sheet released Saturday said parents ordered removed from the U.S. can “request that his or her minor child accompany them,” but that “many parents have elected to be removed without their children.”

More than 2,500 migrant children have been separated from their parents since early May, after the federal government cracked down on border-crossers and began pressuring federal prosecutors on the southwest border to pursue charges against anyone alleged to have entered or tried to enter the country without authorization.

Homeland Security said Saturday that 522 unaccompanied minors have been reunified with family members since the zero tolerance policy began, and that they have a reunification plan for those who remain in federal custody.

But both Chandler and Cynthia Milian, a private attorney working with Tahirih, questioned whether the offers that the immigrants have reported receiving could be honored by the government, given the sprawling and slow-moving nature of the nation’s immigration bureaucracy.

While migrant adults are prosecuted by the Justice Department and then detained by Immigration and Customs Enforcement, their children are placed in shelters funded and overseen by the Department of Health and Human Services. Chandler said it could take between one to two months to secure the release of an unaccompanied migrant child.

Many immigrant parents have been placed in removal proceedings and some have already been deported without their children.

Milian, who has spoken to Carlos, said his situation is a “parent’s worst nightmare” and that it was highly unlikely he would be met at the airport by his daughter. “I doubt they would put his child on a plane to get her to where he would get deported out from, especially if she’s in Arizona,” where Carlos was told she is being held. “I just don’t see that happening.”

Carlos said he worries about the conditions in the facility where his daughter is being held, whether she’s receiving proper care for her asthma, and how she will find her way to an aunt in Los Angeles if he is deported back to Honduras without her.

When they spoke on Thursday, Carlos said his daughter was “very sad … and wanted me to get her out of there.”

Carlos is one of the thousands of migrants impacted by the zero tolerance directive announced by Attorney General Jeff Sessions in April, which requires federal prosecutors along the U.S.-Mexico border to prosecute nearly all allegations of unauthorized border crossings. The policy inundated already-backlogged federal courts; several courtrooms, including one in McAllen where Carlos was charged in May, have held mass hearings where dozens of migrants plead guilty to illegal entry charges at once — a scene critics have likened to assembly-line justice.

After the new crackdown sparked bipartisan outrage, President Donald Trump signed a hastily-written executive order Wednesday that keeps most families together through the pendency of their cases. But there are divisions within the Trump administration about whether it’s possible to continue pursuing every case of illegal entry.

Despite assurances that there are reunification plans in place, confusion and chaos reign on the ground about how families separated at the height of the zero tolerance policy will be put back together.

An MSNBC correspondent tweeted Sunday morning that a Homeland Security official said “separated parents were quickly given the option to sign paperwork leading to deportation. Many chose to do so.”

Carlos said his daughter was taken away from him on the day he went to the McAllen courthouse to plead guilty to illegal entry. He said officials at the detention facility he knew as “la hielera,” or the “ice box,” told him she would be taken to an aunt in California — “pure lies,” he said.

“She’s a prisoner,” he told the Tribune through a plexiglass partition in the facility’s visitation room. “She can’t talk, she cries because she’s locked up.”

“The kids aren’t to blame for what’s going on,” he added. “We only came because we can’t live in our country. We are looking for somewhere to live where our children can have a better future. In our country we can’t do it.”

Carlos’ mother, reached by phone in Honduras, said she hasn’t been able to speak to her son or granddaughter since they were detained. She’s been told her granddaughter was ill with an upper respiratory ailment. “We’ve been worrying and suffering over this,” she said.

The aunt of 6-year-old Alison Jimena Valencia Madrid, another Central American girl separated from her parent and currently being held in an Arizona facility, said she can imagine the distress both Carlos and his daughter are feeling.

Madrid garnered national attention when she was heard on audio, surreptitiously recorded in a Customs and Border Protection facility and provided to ProPublica, persistently asking authorities to call her aunt – whose phone number she’d memorized. “Are you going to call my aunt so that when I’m done eating she can pick me up?” Madrid can be heard saying, as other Central American children weep and sob “Mami” and “Papá” in the background.

“It’s inhumane for them to be separated,” said the aunt, who lives in Houston and spoke to the Tribune on the condition of anonymity. “And that’s a pain she will always have. That little creature will grow up with that forever. It’s a psychological and emotional wound for both of them, because people don’t come here to lose their children.”

This article originally appeared in The Texas Tribune at https://www.texastribune.org/2018/06/24/kids-exchange-deportation-migrants-claim-they-were-promised-they-could/.