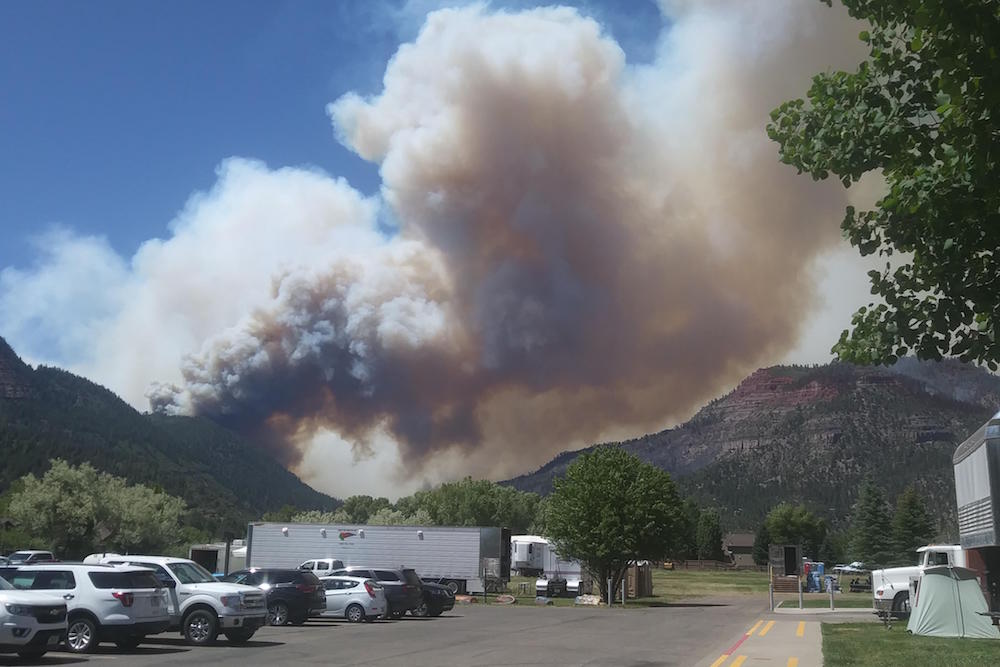 In early June, more than 1,000 people near Durango, Colorado, had to leave their homes as the 416 Fire swept across the landscape. Following a dismal snowpack, the region experienced a spring so hot and dry that the U.S. Drought Monitor labeled conditions “exceptional drought,” the worst category.

Colorado wasn’t alone. An irregular bull’s-eye of dryness radiated outward from the entire Four Corners region, where Colorado meets New Mexico, Arizona and Utah. These circumstances offer something of a preview of the coming decades: While experts say the Southwest will continue to experience swings in precipitation from year to year, overall climate change is making the region and its river basins hotter and drier. That means humans must adapt to life with less water. “We have to fundamentally change the mindset of the public, and the way we manage this resource,” says Newsha Ajami, a hydrologist and the director of urban water policy at Stanford University’s Water in the West program. “And one of the ways you do it is, you have to change the terminologies that we use in dealing with water.”

This spring, the Colorado River Research Group, an independent team of scientists focused on the river, labeled the climate transition in the Colorado River Basin “aridification,” meaning a transformation to a drier environment. The call for a move away from the word “drought” highlighted the importance of the specific language used to describe what’s going on in the Southwest: It could shift cultural norms around water use and help people internalize the need to rip out lawns, stop washing cars and refrain from building new diversions on already strapped rivers. As Brad Udall, a member of the research group and a water and climate researcher at Colorado State University, puts it: “Words matter.”

Linguists have long argued over the extent to which words and language influence one’s thoughts and worldview. One commonly cited example of evidence that they do is an Indigenous Australian language that doesn’t use words for left and right. Its speakers orient themselves by the cardinal directions — north and south, east and west — rather than the relative terms typically used in English. Research suggests that in their thoughts and interactions with others, their conceptions of space are radically different from those who speak languages with relative spatial terms. Other studies have probed the ways linguistic differences may influence a wide range of attitudes and outcomes, including support for political policies; entrepreneurial gender gaps among countries; and environmental attitudes of tourists.

But beliefs are not behaviors. Reframing our understanding of the Southwest’s climate — thinking of it as a place experiencing aridification, a dry place getting drier, rather than a place simply waiting for the next drought to end — will have major ramifications only if it changes how people actually use water.

There is some evidence of the inverse — that when people conceive of the problem as a temporary one, they use more water after they believe the emergency has passed. During California’s recent five-year drought, residents of the Golden State cut their water use by a quarter or more amid intense media coverage and water use restrictions. This spring, a year after California Gov. Jerry Brown pronounced that drought over, Californians were using nearly as much water as they had before drought was declared.

How people perceive and value water is essential to shaping how much of it they use, says Patricia Gonzales, a doctoral student studying water resources at Stanford University. And those perceptions and values aren’t created in a vacuum. Officials, experts and the media frame and define the issues; social pressures also play a role. For example, when an entire community is aware that water is scarce, people might avoid washing their cars in order to duck the scorn of water-conserving neighbors. “Everyone can do something,” Gonzales says, even as she and other experts acknowledge that irrigation gulps up most of the West’s water. “But even the small pieces kind of add up when you look at the whole picture of how much water we have available.”

While climate change is already shrinking water resources in the Southwest, we shouldn’t throw out the word “drought” completely, says Connie Woodhouse, a paleoclimatologist at the University of Arizona. It’s important to recognize that even a drier future will contain variability. “We’re going to have periods that are wetter, and we’re going to have periods that are drier, within this baseline that almost certainly will be more arid.”

Still, people in the Southwest must adjust to a more parched landscape. “There’s a need to (fundamentally change) the way we talk about these things, to bring attention to the fact that drought is normal,” Gonzales says. In other words, even after the bulls-eye dissipates from this summer’s drought monitor maps, Southwesterners need to keep acting as if that red swath were permanent — a lasting marker of a more arid reality.

Emily Benson is an assistant editor at High Country News.