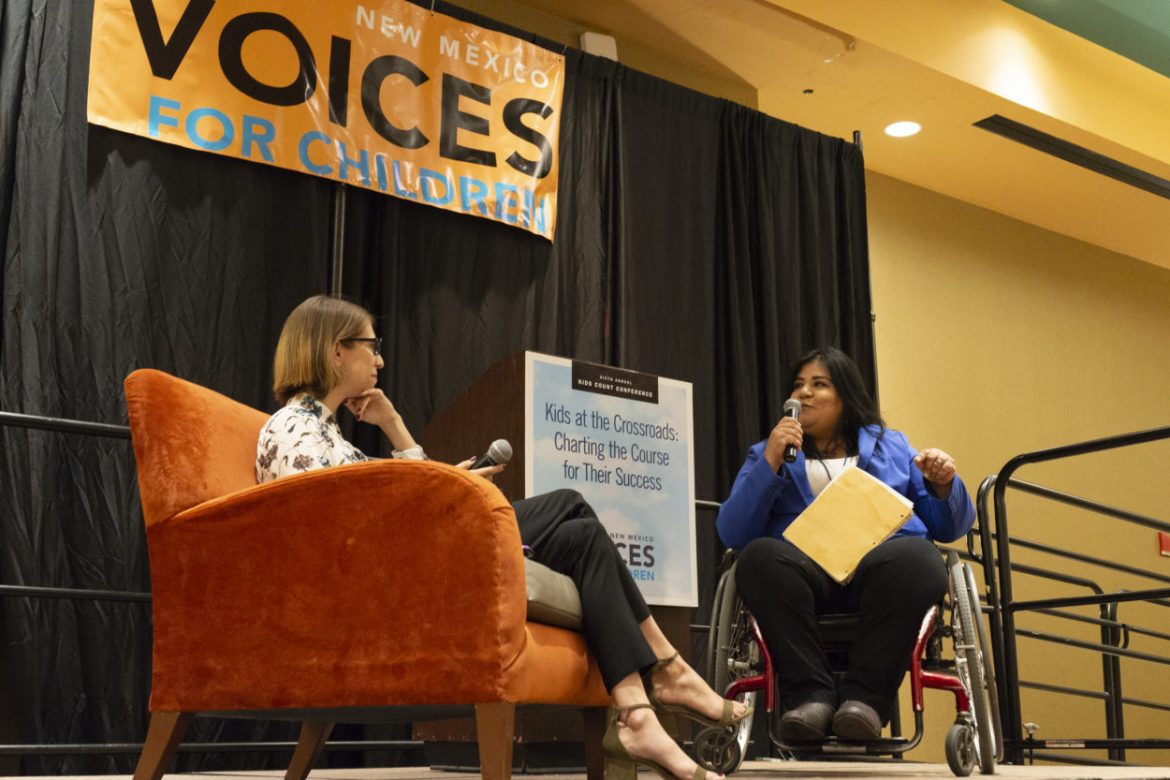 Prospects for children in New Mexico are the worst in the nation, according to newly released data that rank states across 16 measures of child well-being.

The state’s 50th place ranking follows years of scrabbling around the bottom rungs of the annual Kids Count report, a project of the Annie E. Casey Foundation and its network of state partners. Last year, New Mexico ranked 49th. The last time it ranked 50th was in 2013.

“The data show we are at a crossroads,” James Jimenez, executive director of New Mexico Voices for Children, said in a news release. “We can continue to disinvest in our children or we can insist upon a new direction, one in which we make a deep commitment to improving conditions for all New Mexicans.”

The Annie E. Casey Foundation and New Mexico Voices for Children, its state partner, released the data Wednesday. They rank the 50 states on 16 indicators of child well-being, including the child poverty rate, reading proficiency among fourth-graders and teen birth rates.

While New Mexico’s place in those groups of indicators varied from 37th to 50th, overall this state trailed the other 49, just ahead of Louisiana. New Hampshire was No. 1 this year.

Child advocates said New Mexico’s worst-in-the-nation showing should be a wakeup call for policymakers, but also stressed something unexpected. With nowhere to go but up, opportunity abounds for New Mexico.

Speaking this week at New Mexico Voices for Children’s annual Kids Count conference in Albuquerque, Leslie Boissiere, vice president of external affairs for the Annie E. Casey Foundation, said the report “may be an urgent and compelling call to action for New Mexico’s leaders. There’s no reason child well-being shouldn’t be issue one on the agenda.

“Creating equitable opportunities for all kids … that’s the cornerstone of a strong and prosperous New Mexico,” Boissiere said.

Amber Wallin, deputy director of New Mexico Voices for Children, said the data “tell a story about the opportunities that are available” for the state’s children and families. Yet policy decisions on the state level, she said, can either open those opportunities or close them off.

She pointed to 37 tax cuts since 2008, declines in per-pupil funding and higher education spending, and reductions in school-based health centers as moments where policymakers chose to favor “the most well-connected and the biggest corporations” over the state’s children.

“Too many of our kids are facing challenges,” Wallin said. “We cannot make progress for all of our kids without a deliberate focus on improving resources for those that are too often left behind.”

Policy changes, advocates stressed, do not have to be revolutionary to be profound.

Because New Mexico is a small state by population — it ranked 36th in the 2017 Census estimate, with just under 2.1 million people — small on-the-ground improvements can translate into large gains or losses in the annual rankings. For example, the rate of children not attending preschool fell to 57 percent in this year’s Kids Count report, from 58 percent last year. That means New Mexico climbed two steps in the national rankings, to 31st, in that measure of child well-being.

Since its 50th place showing in the 2013 Kids Count rankings, New Mexico climbed in some measures of child well-being thanks to both national and state-level policy changes. The Affordable Care Act helped extend health insurance to 30,000 more of the state’s children. As of last year, 4,000 more children were attending preschool, and another 4,000 more were accessing state-funded home visiting programs, than in 2010.

The annual rankings compare states to each other. That means when a state institutes programs that move the needle on one measure of child well-being, it tends to rise. When a state cuts programs, it tends to fall.

That suggests a need to prioritize programs focused on child well-being, according to Wallin.

“We believe our steady drop in child well-being is directly related to the past seven years of austerity policies that have starved our schools and health systems of critical sources of funding,” she said. “It is time to make the investments that will help our hard-working families and their children thrive.”