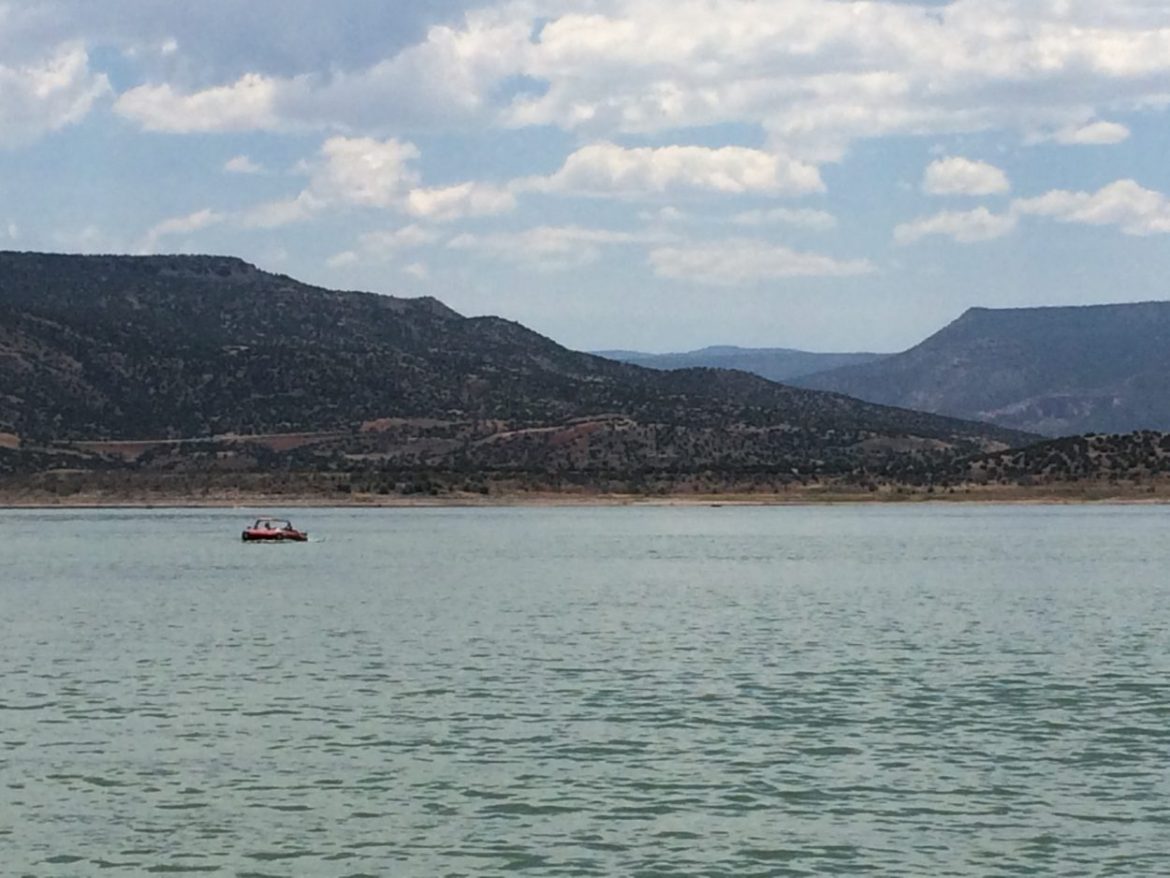 It’s likely you’ve already seen the big headlines of the week: fires, floods and the resignation of Scott Pruitt from the head of the U.S. Environmental Protection Agency. Here are some of the less flashy stories you may have missed recently:

-Writing for Water Deeply, Brent Gardner-Smith reports that the Upper Colorado River Commission is shuttering a pilot program that paid irrigators to fallow fields. The four-year program paid people in New Mexico, Utah, Colorado and Wyoming about $200 an acre foot to hold off watering their fields so more water could be stored in Lake Powell. This year, the program will pay out almost $4 million to participating farmers and ranchers.

The ending of the program does not mean the commission is giving up on getting more water into the upper Colorado River system in order to raise water levels in Lake Powell, as that interest continues to grow as the drought that began in 2000 lingers.

“I view it more of a change in direction rather than a value judgment of system conservation,” said Pat Tyrrell, who represents Wyoming on the commission and also is the Wyoming state water engineer.

In introducing the proposed resolution, Tyrrell said “there are some things (the pilot program) simply cannot do.”

The pilot program “does not allow the upper (basin) states to sufficiently investigate storage or the additional administrative, technical, operational, economic and legal considerations necessary to explore the feasibility of demand management as part of its ongoing emergency drought contingency planning efforts,” the resolution adopted by the commission states.

-There was a protest before a public meeting in Albuquerque this week concerning the Gila River diversion. (See below for information on upcoming public meetings in New Mexico and Arizona.) And the New Mexico Interstate Stream Commission approved another new work plan for the diversion at the end of June—with a requested Fiscal Year 2019 budget of $835,000.

According to a story by Christine Steele in the Silver City Daily Press, the work plan consists of four major tasks, including environmental studies of the diversion; technical services for the engineering firm, AECOM; oversight and administrative fees; and legal services.

While the cameras cannot detect the exact chemicals being released, or the quantity, Earthworks thermographer Sharon Wilson said the devices are specifically calibrated to pick up hydrocarbons and other volatile compounds.

After reviewing the footage during an interview with the Current-Argus, Sendero President and Chief Executive Officer Clay Bretches agreed that the apparent leak was “concerning.”

Earthworks filed complaints about seven facilities in the area with the New Mexico Environment Department. Hedden’s follow-up story is here.

–NASA announced this week that May 2018 was the fourth warmest May on record. The period of March-April-May was the third warmest Northern Hemisphere spring in 138 years of record-keeping. The agency also released a nice explainer: “The scientific method and climate change: How scientists know.”

-NOAA put out a web piece recently about its RISA Network. The Regional Integrated Sciences and Assessments Program supports research teams around the nation, including here in New Mexico. As state climatologist Dave DuBois pointed out on Twitter, New Mexico State University is part of a project on increasing resilience in the transportation sector during dust storms and drought. The Southwest RISA (CLIMAS, at the University of Arizona) has partnered with New Mexico DOT, the New Mexico State Climatologist, and the National Weather Service to improve dust forecasting and dust control efforts.

-The public comment period for the Gila River diversion is open until July 20, and there are seven more public meetings planned in New Mexico and Arizona this month. For more information: https://www.nmuniteis.com/submitting-your-comments/

-One of our partners at NM Political Report is KNME-TV’s New Mexico In Focus. Reporter Andy Lyman is a regular guest on The Line, and we also work together on “Our Land: New Mexico’s Environmental Past, Present and Future.” We’ve got great stories lined up for this summer, and our first 11 episodes are online. Subscribe to our YouTube channel here.