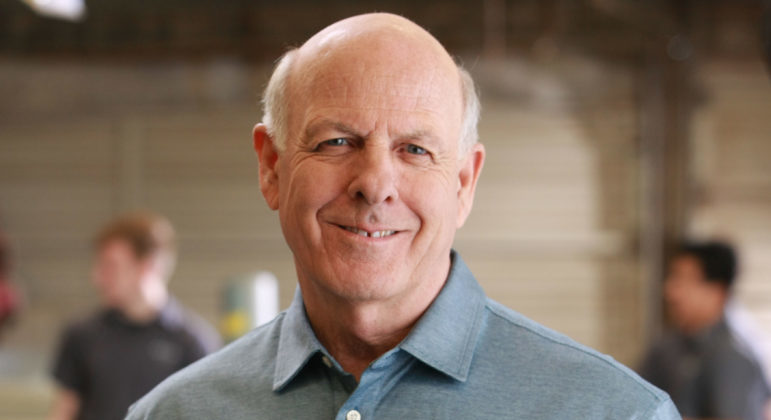 New Mexico’s Republican gubernatorial candidate wants the U.S. Department of Justice to hold 2016 presidential candidate and former U.S. Secretary of State Hillary Clinton accountable for an email scandal that dates back to nearly a decade ago.

Without offering many details, U.S. Rep. Steve Pearce, who is giving up his congressional seat to run for New Mexico governor, said in a radio interview last week he does not think the DOJ—specifically U.S. Attorney General Jeff Sessions—is doing enough to take Clinton to task for the way she reportedly handled classified email messages while Secretary of State.

The host of Mornings with Mike Winters in Roswell asked Pearce about “the status of ‘lock her up,’” which supporters of President Donald Trump chanted at rallies leading up to the 2016 election. The chant, which appeared at a Trump rally as recently as last week, refers to Clinton.

“Yeah I don’t know exactly what happened to Jeff Sessions when he got appointed in as Attorney General but he has suddenly forgot the chorus there,” Pearce said. “So, I don’t know exactly where we are going, but Mr. Trump is really trying to play a solid hand here in that question he’s just not getting any support from his attorney general nominee.”

The FBI previously recommended to not charge Clinton with any criminal wrongdoing in her handling of classified emails, though faulted her use of a personal email server while Secretary of State.

The radio host also cited a recent speech Trump gave in Montana where the president compared himself to recording artist Elton John and also said Clinton “gets special treatment under the Justice Department,” which was interrupted by chants of “lock her up” from the crowd.

Both the radio host and Pearce agreed that “we haven’t forgotten” about the cries against Clinton in “fly-over country.”

In a statement to NM Political Report, a spokeswoman for Pearce’s congressional office said Pearce had not discussed the matter with Sessions or Trump, but that he holds elected officials to a certain standard.

Clinton’s email scandal dates to before the 2016 election when critics said she received classified information through a personal server. An FBI investigation followed, which ultimately caused more controversy. Former FBI Director James Comey announced about a week before the 2016 election that he was reopening the investigation of Clinton and her emails. Two days before election day, Comey announced he would not recommend charges against Clinton.

More recently, the U.S. Office of the Inspector General (OIG) released a report critical of how Clinton used her personal email account and devices for possibly sensitive information. It also revealed that FBI employees, including Comey, also misused personal emails accounts. The report seems to have reignited rhetoric surrounding Clinton and the sensitive information she electronically received, although the OIG recommended future best practices and not criminal consequences.