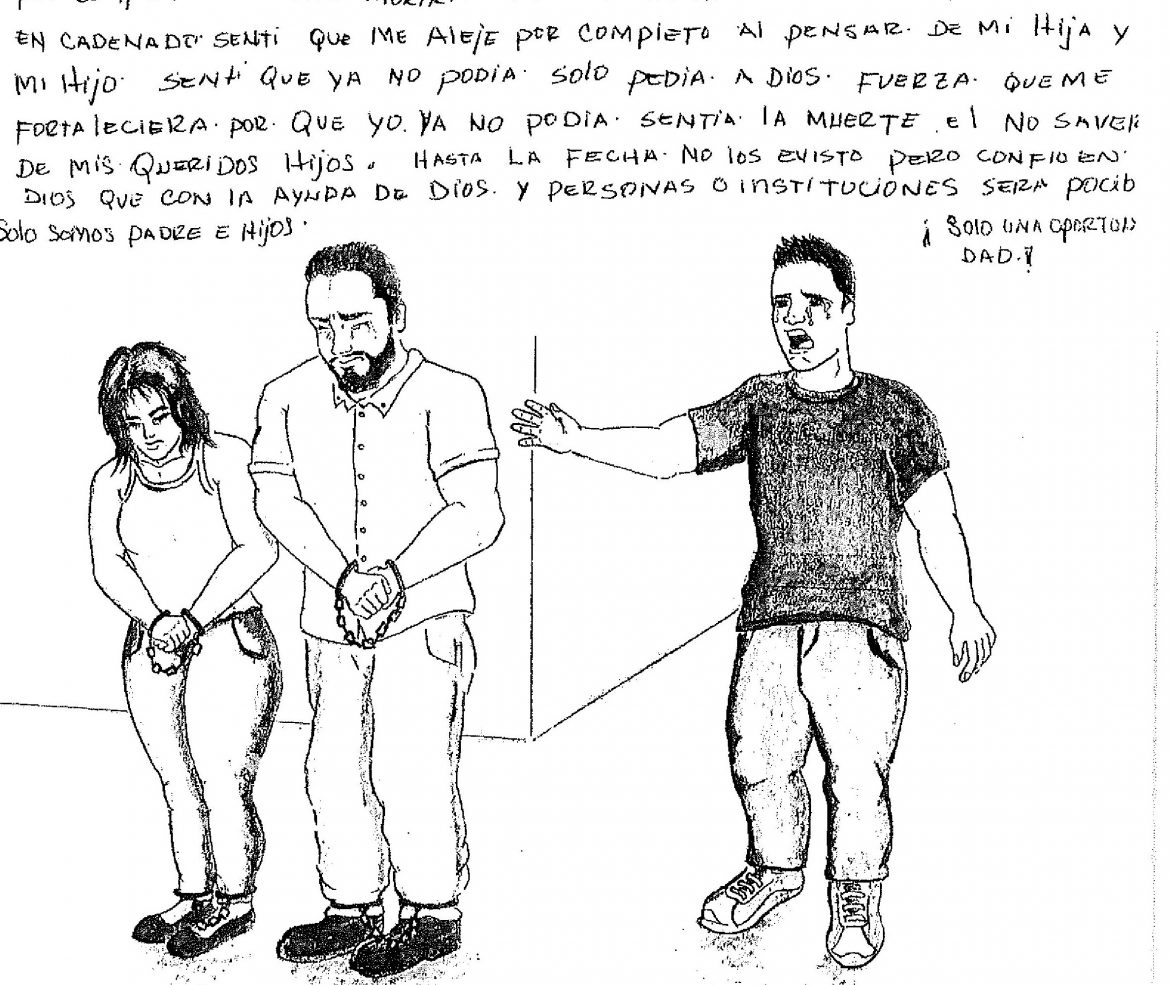 A drawing in a letter from a father separated from his daughter.

In letters scrawled by hand, five immigrant fathers detained in New Mexico describe being separated from their children at the border and the uncertainty of when — or whether — they will be reunited.

The men describe their anguish at being taken from their children and not knowing their children’s whereabouts for weeks or months. “I felt like I was dying,” wrote one father, who did not give his name or country of origin.

The Legislature’s Courts, Corrections and Justice Committee heard their stories at a hearing July 16 on privately run immigrant prisons in the state.

About 70 fathers who were separated from their children are currently being held at Cibola County Correctional Center, according to Allegra Love, director of the Santa Fe Dreamers Project, a legal advocacy organization.

The detention center is one of several prisons run by CoreCivic Inc. for U.S. Immigration and Customs Enforcement. CoreCivic, a publicly traded, for-profit prison management company, has a five-year, $150 million contract with Cibola County.

Some of the fathers have had contact with their children, while others have not.

“They are very impatient, confused and traumatized,” Love said. “They are not getting clear answers from anyone. It is complete chaos.”

The Trump administration is facing strict, court-imposed deadlines to reunite immigrant parents separated from their children. In June, U.S. District Judge Dana Sabraw ordered the government to reunite all children under 5 with their parents by July 10 and all remaining children by July 26.

Last Tuesday, the Department of Homeland Security announced it had “completed” reunification of children under 5 by the deadline — but that did not include two dozen young children whose parents were still detained or had already been deported.

But while family reunifications continued through the weekend, the fathers detained in Cibola have remained in limbo. Immigrants held at Cibola are typically waiting to make an asylum claim or other request for permission to stay in the U.S.

Their letters were collected by Adriel Orozco, an attorney with the New Mexico Immigrant Law Center, based in Albuquerque.

“I think the most important thing is to educate the legislators on what is going on in the state,”  Orozco said.

Searchlight New Mexico, which obtained early copies of the letters, is publishing them below with the writers’ permission.

Searchlight New Mexico is a nonprofit, nonpartisan news organization dedicated to investigative journalism. Read more of our stories on Raising New Mexico at projects.searchlightnm.com/
Reporter Lauren Villagran can be reached at lauren@searchlightnm.com.