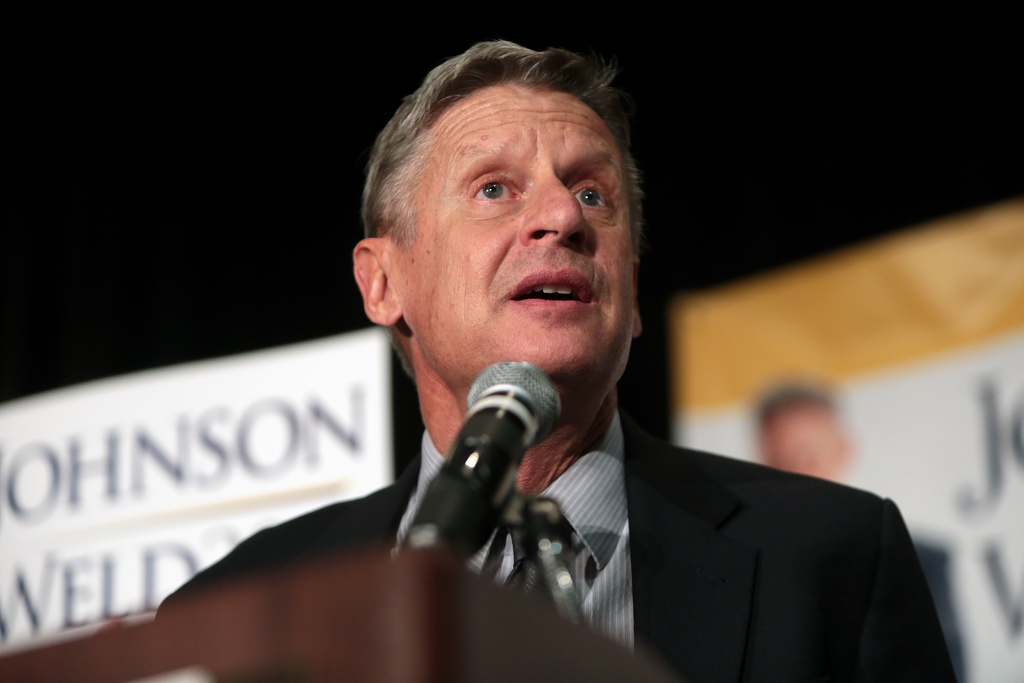 Former Governor Gary Johnson speaking with supporters at a campaign rally at the Phoenix Airport Marriott in Phoenix, Arizona. Flickr/cc

Libertarian U.S. Senate candidate Aubrey Dunn is set to drop out of his race and a high-profile Libertarian is considering taking his place.

Dunn’s son and Libertarian candidate for New Mexico Attorney General Blair Dunn confirmed that Aubrey Dunn, the state land commissioner, is dropping out of the race and will release more information next week.

Nielson told NM Political Report on Friday that Johnson was “weighing it out” and would decide to run if he determines it’s a winnable race.

Earlier this week, Nielson’s media company, The Jack News, published an interview between Nielson and Johnson in which the former two-term governor hinted at getting back into politics, despite his previous statements that he was done running for office.