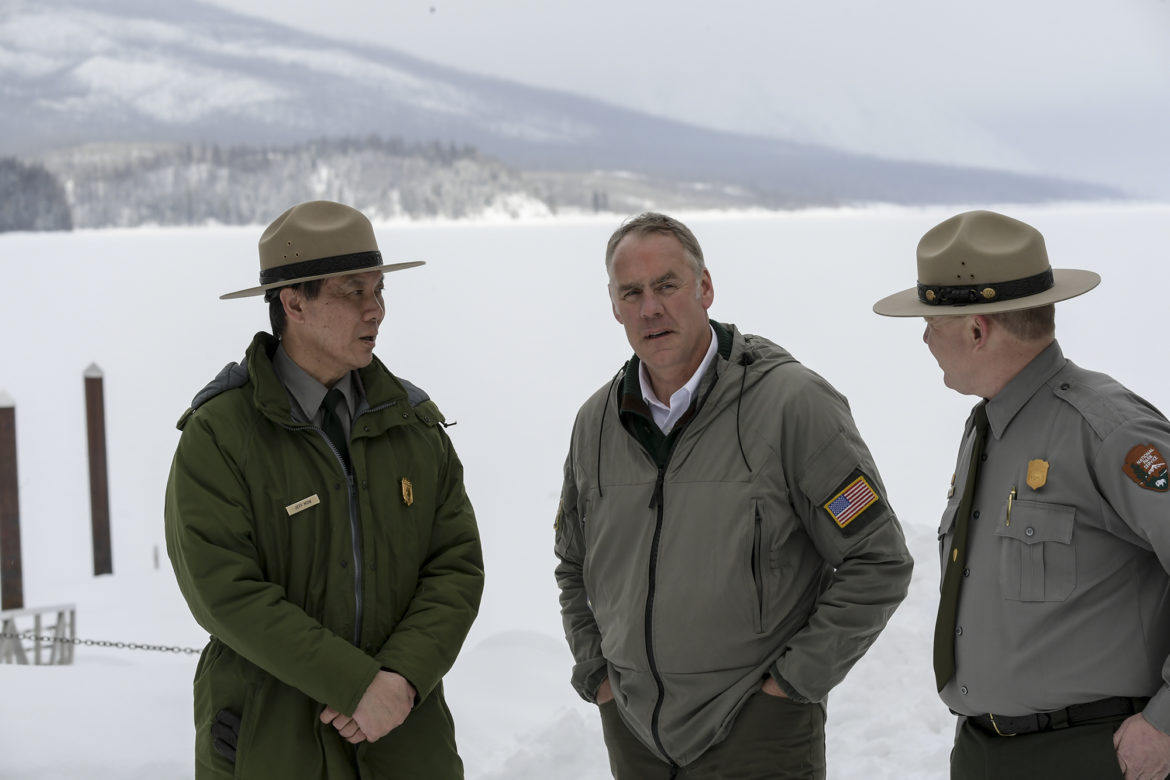 As deputy director of the National Park Service, Michael Reynolds played a key role in developing a sweeping new vision for managing national parks. The new policy, enacted in the final weeks of the Obama administration, elevated the role that science played in decision-making and emphasized that parks should take precautionary steps to protect natural and historic treasures.

A memo addressed to Reynolds states: “Pursuant to direction from (Interior) Secretary (Ryan) Zinke, I hereby instruct you to rescind Director’s Order #100.”

Reynolds, now the superintendent of Yosemite National Park, did not respond to requests for an interview.

The emails were among 170 pages of documents released in response to a Freedom of Information Act request from the Union of Concerned Scientists, an activist group.

Some top officials in the National Park Service were dismayed that the policy was canceled in August of 2017, according to the emails. Chris Lehnertz, superintendent of Grand Canyon National Park, called it “hard news for me to swallow,” according to an email she wrote to Reynolds and others.

“We’re back into the era when those kinds of things will be proposed,” Jarvis said. “I’m sure we’re going to see some.”

Jarvis, who signed Director’s Order 100, said he thinks the Trump administration objected to the policy because it stressed that parks follow the “precautionary principle,” preventing actions or activities that plausibly threaten park resources and human heath, even when there is uncertainty. It also acknowledged the significant impact that climate change has on parks and directed them to incorporate climate change science in management decisions.

One memo to Reynolds said that Zinke will replace the order with his own strategy for the national parks, “including potential changes to the Department’s piorities (sic) and organization over the next 100 years.”

The emails show that Daniel Jorjani, Interior’s principal deputy solicitor, played a key role in reversing the order. Jorjani is a Trump appointee who was an attorney from 2010 to 2016 for foundations funded by the Koch brothers, fossil-fuel billionaires who support the spread of free-market principles throughout government. During the Bush administration, Jorjani was an Interior Department counselor and chief of staff.

In one June 13, 2017, email exchange heavily redacted by the Interior Department, a lawyer in the solicitor’s office said Jorjani “or someone else may want to change the language, but …” The next part of the email is blanked out. The next day, another lawyer asked Jorjani in an email: “Do you want us to hold this pending your review or should we start moving it through to get it signed?”

Jarvis, who worked with Jorjani during the Bush administration, wasn’t surprised that Jorjani directed the withdrawal of the order.

The rescinded policy was developed in response to the 2012 “Revisiting Leopold” report from the science committee of the Park Service’s advisory board. The scientists urged the Park Service to update the vision of national parks to reflect the many changes underway in parks due to climate change and other factors. (In January, most members of that board quit in protest after Zinke hadn’t met with them even once.)

The Trump administration has repeatedly downplayed climate science and eliminated efforts by previous administrations to address climate change. The National Park Service pressured a scientist to remove every reference to the human role in causing climate change from a scientific report projecting the risk to parks from sea level rise and storm surge.

Tony Knowles, the last chairman of the Park Service’s advisory board, said the Trump administration is veering far from the principles outlined in Director’s Order 100.

For example, in May, the Trump administration proposed canceling rules that ban certain types of hunting in much of Alaska’s large national preserves. These rules, developed in 2015 through an extensive scientific and public process, prohibit using artificial light to kill black bear sows and their cubs at their dens, using bait to lure black bears to their deaths and shooting swimming caribou from a motorboat.

If the order was still in place, “it would be very difficult to justify doing away with these regulations,” said Knowles, a former governor of Alaska.

The trove of documents also provides insight into the Interior Department’s public relations strategy. Officials drafted news releases to explain the rescission of the policy but the day the withdrawal became effective, Park Service spokesman Jeremy Barnum told top Park Service officials that Interior’s communications team had decided there would be no press release. Reynolds emailed the press official asking: “If no press I’m curious how we are now to notify folks.” No response to his question was included in the released documents. Barnum declined to comment.