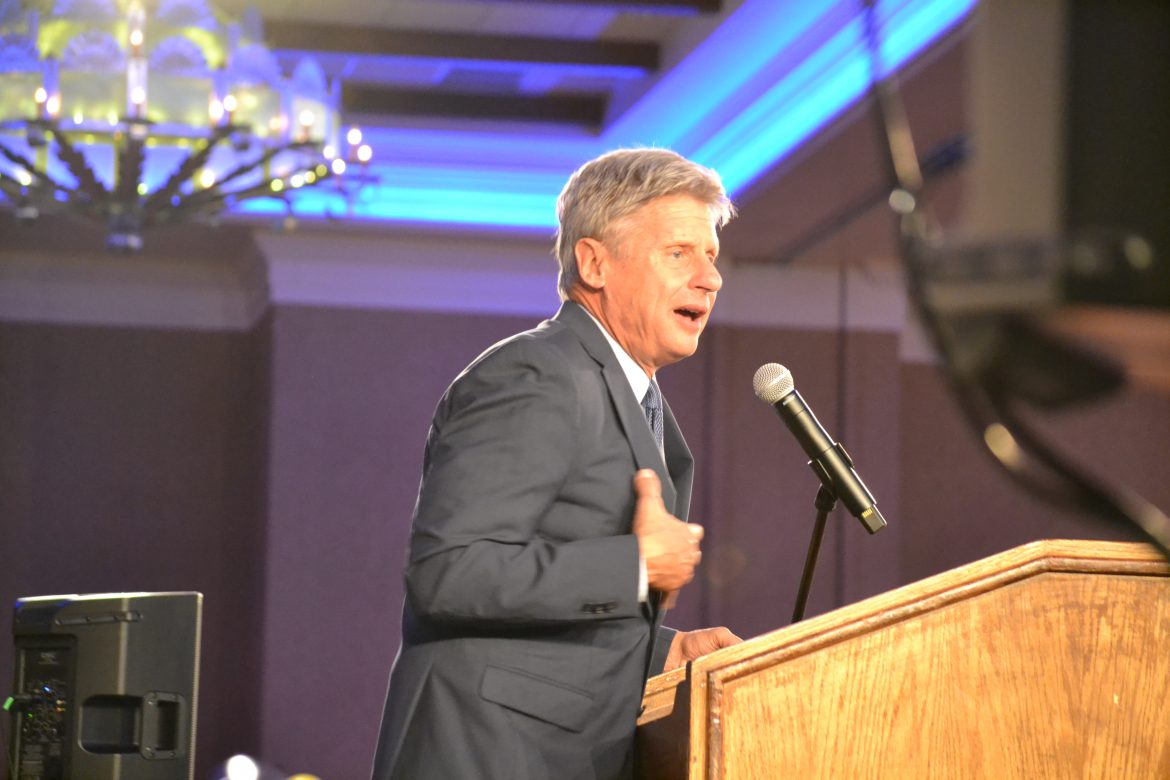 The Libertarian Party of New Mexico chose a replacement for the party’s nomination for the U.S. Senate race on Saturday. But their choice, former Republican Governor and two-time Libertarian presidential candidate Gary Johnson still has not decided whether he will accept the offer.

In a statement, Johnson repeated his previous remarks, saying he wants to see if he has a chance at winning.

“A major factor is, simply, whether I can win,” Johnson said. “When I set out to summit Mt. Everest, I did not do so with the thought that I would just go half way up.”

Johnson added that he is giving the race his “most serious consideration” and expects to make a final decision in several days.

The vote to nominate Johnson, according to a press release from the state Libertarian Party, was unanimous and comes days after State Land Commissioner Aubrey Dunn announced he would end his campaign for U.S. Senate.

If Johnson decides to run, he would face Democratic incumbent Martin Heinrich and Republican Albuquerque construction business owner and political newcomer Mick Rich. While there is no public polling that includes Johnson as a candidate, NSON Opinion Strategy, a consulting company from Utah reportedly conducted a poll showing a close, three-way race. NSON Opinion Strategy’s president is Ron Neilson, who lead Johnson’s 2016 campaign for president.