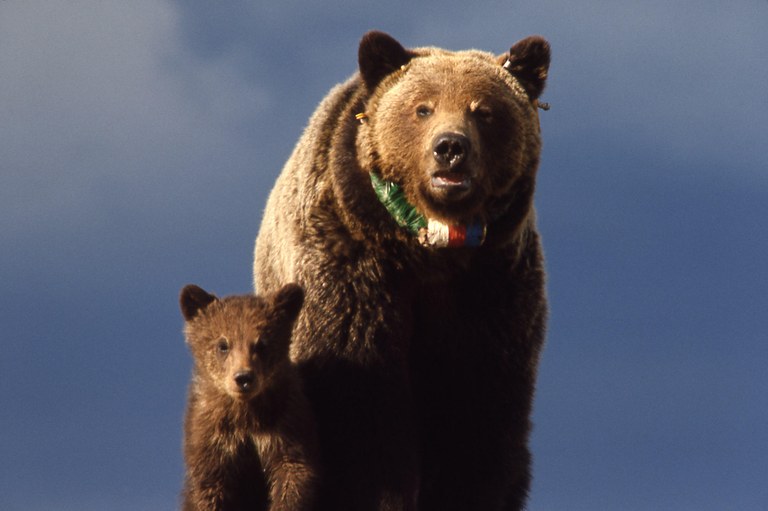 Yellowstone grizzlies are considered one of the successes of the Endangered Species Act.

As temperatures climb to triple digits and fires rage from California to Colorado, Western lawmakers and the Trump administration are turning up the heat on the Endangered Species Act. On July 12, the conservative Western Congressional Caucus, which was founded to “fight federal overreach” and advocates for extractive industries, introduced a nine bill ESA reform package. And in a separate move, the Trump administration is proposing to change how federal agencies implement the law.

A common thread in the bills is a push to give more authority to the Interior Secretary and states. The proposed rule changes dial back federal agencies’ ability to pursue policies that hamper development. Taken together, these actions limit the creation and enforcement of endangered species protections while opening up new avenues of influence for special interests.

Since President Richard Nixon signed the Endangered Species Act in 1973, it has led to the recovery of iconic animals, including the bald eagle and grizzly bear. Only 1 percent of species protected by the law have gone extinct, according to a 2012 analysis by the Center for Biological Diversity. Environmental groups and congressional Democrats point to those successes in their opposition to ESA reform.

But critics say the law is out of date and bad for business, in part because of the impact protections have on local economies. The proposed reforms, which have been introduced to Congress but not voted on, have received broad support from industry. With Republicans in control of Congress and a president who has made cutting regulations a priority, this might be ESA reformers’ best chance for success in years.

One of the bills in the nine-bill package, the LIST Act, allows the Interior Secretary to de-list an endangered species if the secretary finds it has recovered, simply by filing a notice to the Federal Register. Currently, the delisting process requires the Fish and Wildlife Service to submit a biological opinion stating the grounds for delisting. The change could leave habitat protections and conservation funding increasingly vulnerable to the influence of a presidential appointee.

Several bills in the package carve out a greater role for states in ESA decisions. The EMPOWERS Act requires that states are consulted directly in the listing process and that federal agencies justify any listing to affected states. The LAMP Act would allow the federal government to cede its species recovery responsibilities to states.

Vesting more ESA authority in states raises alarm bells for Gary Mowad, who retired from the Fish and Wildlife Service in 2013 after disagreeing with a decision he felt undermined the ESA in the name of state politics. He cites the 2007 proposal to delist the endangered gray wolf in the Northern Rocky Mountains as an example of state influence hampering conservation. Federal officials couldn’t delist the wolves because Wyoming wouldn’t commit to recovery. “They told us they would shoot them as soon as they were delisted,” Mowad says. “You need to keep the listing process within the federal agencies, because I don’t think states can separate the political, environment and economic interests from conservation decisions,” he says.

As Congress looks to rewrite the ESA, new rule proposals, announced by the Fish and Wildlife Service and National Oceanic and Atmospheric Administration in late July and open for public comment until September 24, alter how federal agencies implement the law by changing three key provisions. They would limit the authority of agencies to designate critical habitat, create different conservation requirements for threatened and endangered species, and strip language that forbids agencies from considering the economic costs of conservation.

Environmental organizations have cried foul at the proposed rule changes. “The very agencies that are charged with saving endangered species are proposing to weaken the bedrock protections of the ESA,” wrote Rebecca Riley, the legal director of the nature program at the Natural Resources Defense Council. “These proposed rules are a short-sighted attempt to appease developers and polluters at the expense of imperiled species.”

But Mowad says these rule changes aren’t as bad as many claim. “I don’t see a conservation issue and I’d be the first one to tell you if I saw a one,” Mowad says. The proposed rules rein in the Fish and Wildlife Service from overstepping its authority, Mowad says, such as when the agency designated nearly 800,000 acres of critical habitat for endangered jaguars in New Mexico and Arizona despite an apparent lack of breeding pairs in the region.

For 45 years the Endangered Species Act has served as a check against habitat-destroying development and a safety valve for imperiled species. And polls have shown there’s general public support for the ESA. But the act “can be a political tool for both sides,” says John Freemuth, the director of the Andrus Center for Public Policy at Boise State University. As political winds blow from the right and the left, “agency personnel get whipsawed” and spend more time reworking policies than doing actual conservation work, he says. When the ESA becomes a tool of partisan politics and is opened up to industry influence, the values underpinning the law itself face extinction.

Carl Segerstrom is an editorial fellow at High Country News.