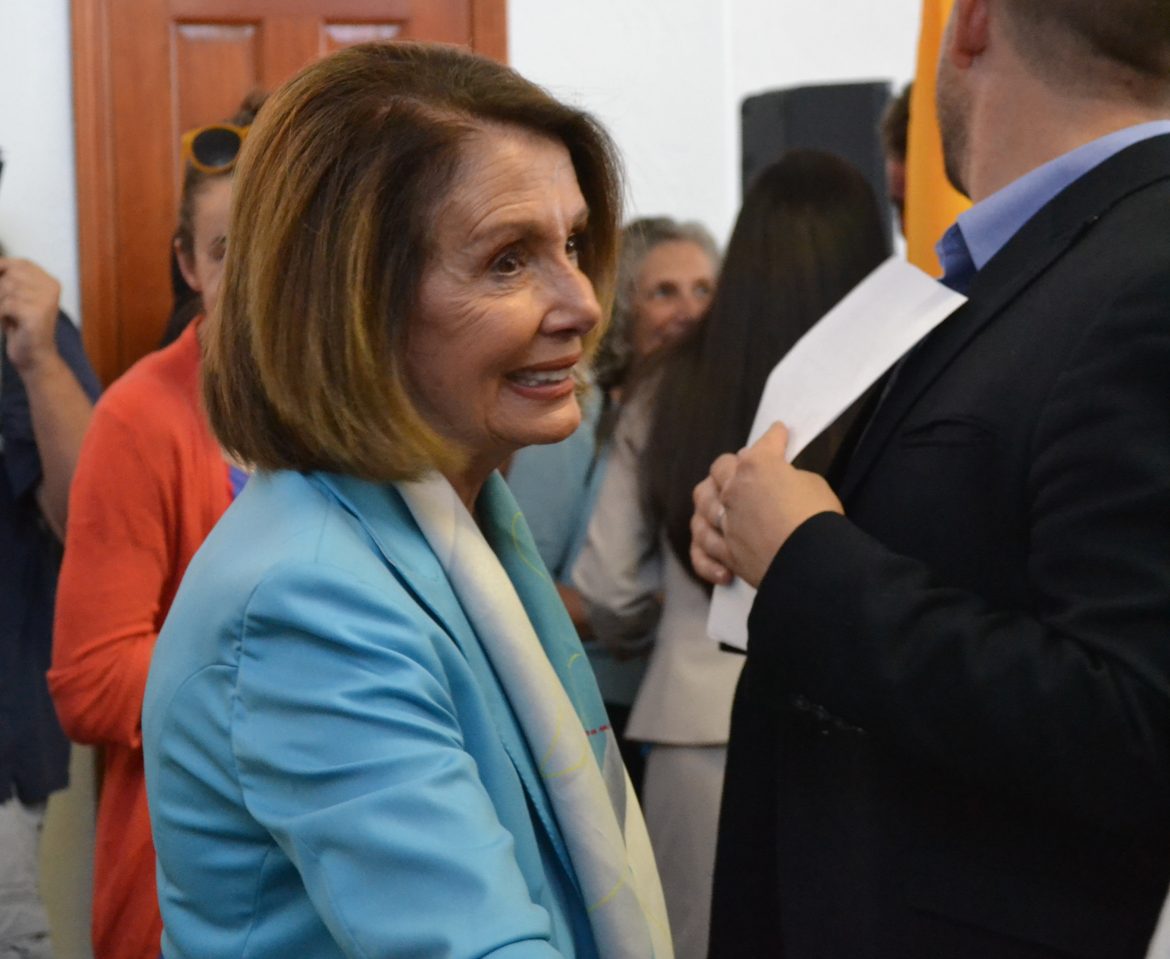 “As we pass laws about domestic violence and violence against women, we must recognize the specific nature of the challenge in Indian Country,” Pelosi told the room of campaign volunteers.

Haaland is the Democratic nominee for the 1st Congressional District, a position currently held by U.S. Rep. Michelle Lujan Grisham.

Pelosi praised Haaland and her campaign, but added that they are sure to see negative attacks from Republicans.

“These races are tough and getting into the arena, as I say to Deb all the time, is not for the faint of heart,” Pelosi said. “The minute people know that you can make a big difference is when you become a big target.”

The Republican Party of New Mexico Chairman Ryan Cangiolosi said Pelosi’s visit to New Mexico is a sign Haaland’s campaign might be in trouble.

“Republicans are working hard to win races across New Mexico and Pelosi’s trip to reinforce Deb Haaland is a sign that our efforts are paying off,” Cangiolosi said in a statement.

Pelosi dismissed the claims that she was in town for damage control and returned her own criticism of Republicans in general.

“I think [Republicans] are in trouble,” Pelosi said. “You have to remember, they always project their own situation on other people.”

“I’d like to remind the Republicans that I won my primary election with nearly 41 percent of the vote in a six-way race. That means people are energized,” Haaland said. “The Democrats got out more than 20,000 voters in our primary election.”

A June poll showed Haaland polling at 47 percent, about five points ahead of Arnold-Jones. Princeton polled at about three percent.

At the Tuesday campaign event, Haaland also called on Congress to reauthorize VAWA with updated language that would include Native American women.

“For Indigenous women, change has been slow and we’re in the fight of our lives,” Haaland said.  “Across the country there is an epidemic of violence against Native American women and we have a crisis of murdered and missing victims.”

Becky Jones, a member of the Coalition to Stop Violence Against Native Women spoke about growing up in Flagstaff, Arizona.

“My lived experiences have shown me that unhealthy relationships are preventable with education like inclusive, comprehensive and sexual health education,” Jones said.

This is  the second time in four months that Pelosi has come to New Mexico on behalf of a candidate for Congress. In April, Pelosi took part in a town hall event in Santa Fe, alongside 3rd Congressional District candidate, and Democratic Congressional Campaign Committee chair, Ben Ray Luján.

View all Coalition to Stop Violence Against Native Women articles →