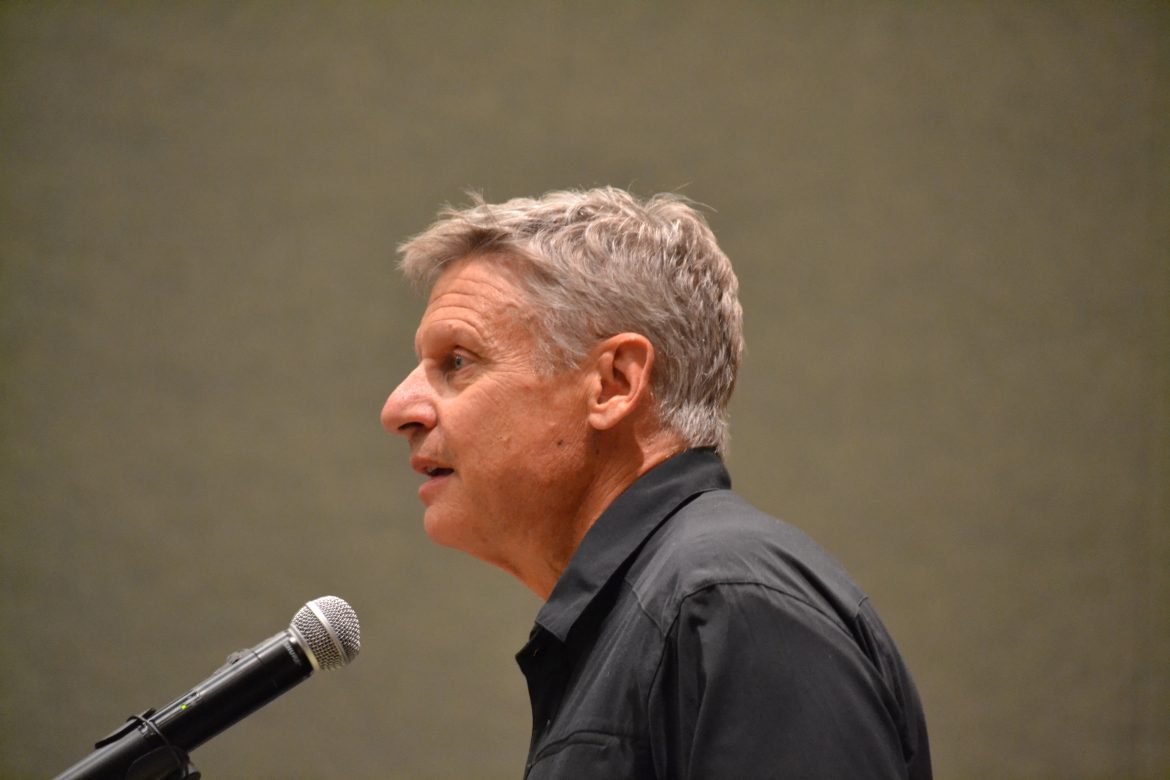 Gary Johnson, the Libertarian Party of New Mexico nominee for U.S. Senate, is still mum on whether he will run. But, that hasn’t stopped supporters and political adversaries from chiming in on his candidacy.

Johnson has yet to even launch a campaign, but some of his supporters are calling for his possible Republican opponent, Mick Rich, to drop out of the race. Those supporters say internal polling suggests with Rich out of the picture, Johnson would win in a head-to-head race against U.S. Senator Martin Heinrich.

When New Mexico State Land Commissioner Aubrey Dunn ended his Senate run as a Libertarian, he endorsed Johnson as his replacement. Within hours, a fan page on Facebook, Gary Johnson for Senate, began promoting Johnson as a candidate.  And those fans want Rich to drop out of the race.

But Rich refuses to quit.

“What really surprises me, is the message they’re putting out there is, ‘Gary’s a weak candidate and he can’t win on his own,’” Rich said.

Rich added he can’t think of a scenario where he would drop out.

“I’m in all the way to the end and I intend to win this thing,” he said.

The calls for Rich to get out of the race are reminiscent of accusations historically aimed at candidates for third-parties like the Libertarian and Green Parties. Most recently, some voters critical of President Donald Trump blamed Johnson, as Libertarian nominee for president, and Green Party presidential nominee Jill Stein for helping hand the election to Trump, by diverting votes from Democratic nominee Hillary Clinton.

Now, it seems some Libertarians in New Mexico are pointing fingers at Republicans as potential election spoilers.

Dunn’s son Blair, who is the Libertarian nominee for Attorney General, used his campaign Facebook page to question Rich’s motives for running.

“When a politician like Mick Rich says that they are running for best interest of the state but they refuse to work cooperatively or obstruct the opportunity to get rid of someone who is demonstrably bad for the state like Martin Heinrich by refusing to form a coalition should they be believed that they care about putting New Mexico first?”

Rich said he is the best possible choice for Senate.

“If I thought there was a better person out there, I would be supporting them,” Rich said.

‘Get in the stinkin race’

A public poll in June showed Heinrich ten points ahead of Rich in a three-way race that included then-candidate Aubrey Dunn. But Heinrich’s campaign seems unfazed by the possibility of Johnson as a candidate.

His campaign released poll numbers to NM Political Report showing the incumbent  would win against Rich and Johnson in the three-way race—as well as against Johnson in a head-to-head race. The campaign did not release the full poll information, but said with a +/- 3.5 percentage point margin of error, Heinrich polled at 47 percent, Rich at 29 percent and Johnson at 22 percent in a three-person race. Even in a two-person race against Johnson, according to the Heinrich campaign’s internal poll, Heinrich polled at 50 percent compared to Johnson’s 38 percent.

Vanessa Valdivia, a spokeswoman for Heinrich’s campaign said the poll—which surveyed 800 likely voters in the state through both landlines and mobile phone numbers—shows Heinrich is in “a good position for November and leads both potential challengers in the race for U.S. Senate.”

As Heinrich stays out of the fray, Rich and Johnson supporters are left to battle amongst themselves.

Rich also distanced himself from his previous support of Johnson during his two terms as a Republican governor.

He even has a theory why Johnson officially parted ways with the Republican Party of New Mexico in 2012.

Rich further criticized Aubrey Dunn and the Libertarian Party for nominating Johnson as a candidate rather than leaving it up to primary voters.

“There was a reason those backroom deals ended 50 years ago, they disgusted people,” Rich said. “It’s supposed to be up to the voters.”

State law allows political parties to pick a replacement when a candidate drops out of a race after primary elections. Former Republican Secretary of State candidate JoHanna Cox dropped out of her race in June and the state Republican Party nominated Gavin Clarkson to take her place.

Meanwhile, Johnson himself is still holding off from an announcement until he can determine his chance of winning the race.

Rich said his message is the same as what he told Johnson in person.

“You want to get in the race? Get in the stinkin’ race.”