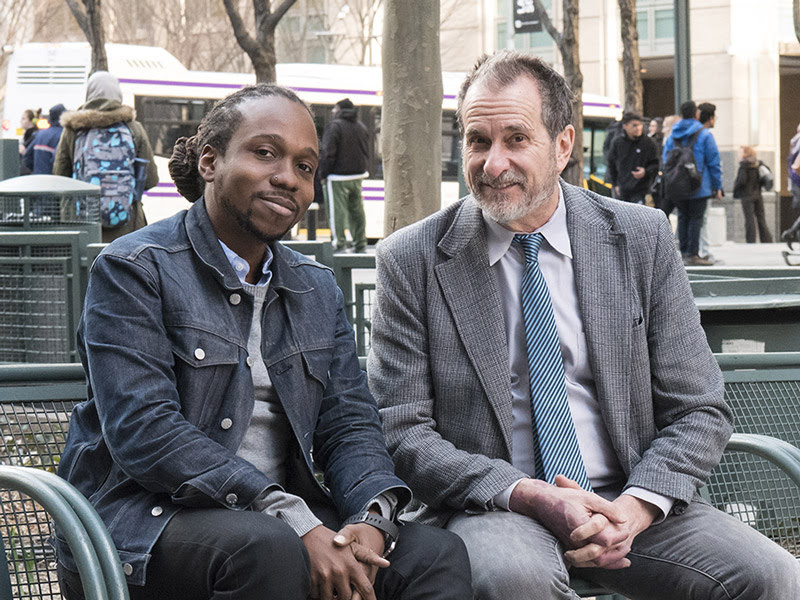 “The hardcore scene, and I grew up in the hardcore scene, was a rare space where people of all different race, class, gender, expression, create a community together,” Mitchell told the crowd. That rare message in today’s political climate is one that Mitchell seems to take with him everywhere, including as an organizer for Black Lives Matter and, more recently, as the national director for the Working Families Party.

Mitchell came to New Mexico this week as part of a “national blitz” and said he plans to take what he learned in the grassroots world of progressive organizing and apply it to the more-distinctly-organized world of political campaigns.

“When you’re coming from a very, sort of, top-down staff model, it can be very scary to give that much latitude to people you may not even know,” Mitchell said of how political groups are typically structured. “But, what we find is it unlocks so much capacity.”

Mitchell believes politics in New Mexico are similar to California, where Democrats also control both houses of the Legislature, which creates a “Democrats versus Democrats” situation in many down-ballot elections.

“[Elections] reward compliance and they reward the people who are political hacks and they sort of self-select the most compliant actors who are willing to play that game,” Mitchell said.

Working Families is not an official political party in New Mexico, as it is in other states. Instead, the organization advocates for candidates and issues. Working Families endorsed about a dozen candidates running for federal, state and legislative races in New Mexico. All of those candidates are Democrats, but Mitchell said his group is also interested in defeating Democrats who are more concerned with their party as an institution and “not as a vehicle for change.”

The state Working Families Party also endorsed legislative candidates facing difficult races in either swing or historically Republican districts. But, Mitchell said, “There are hollow wins and then there are substantive wins.”

“When you look beneath the win, it’s like, ‘Wow, we surfaced 300 dedicated volunteers and we have a significant percentage of them for the long haul and they’re monthly donors to not only this candidate but also to this movement,’” he said. “That’s not hollow.”

But as with all things political, there can be setbacks and substantial losses.

New Mexico Working Families Party experienced one such setback on Tuesday night when the Bernalillo County Board of Commissioners voted against putting a public financing measure on the ballot in November. New Mexico Working Families Party and several other groups pushed for the proposal, known as Democracy Dollars, which would increase public funding to some Albuquerque municipal candidates. Now, the measure may not go to voters until next year when the City of Albuquerque holds its own election. If Democracy Dollars is approved by voters, it would not go into effect until 2021.