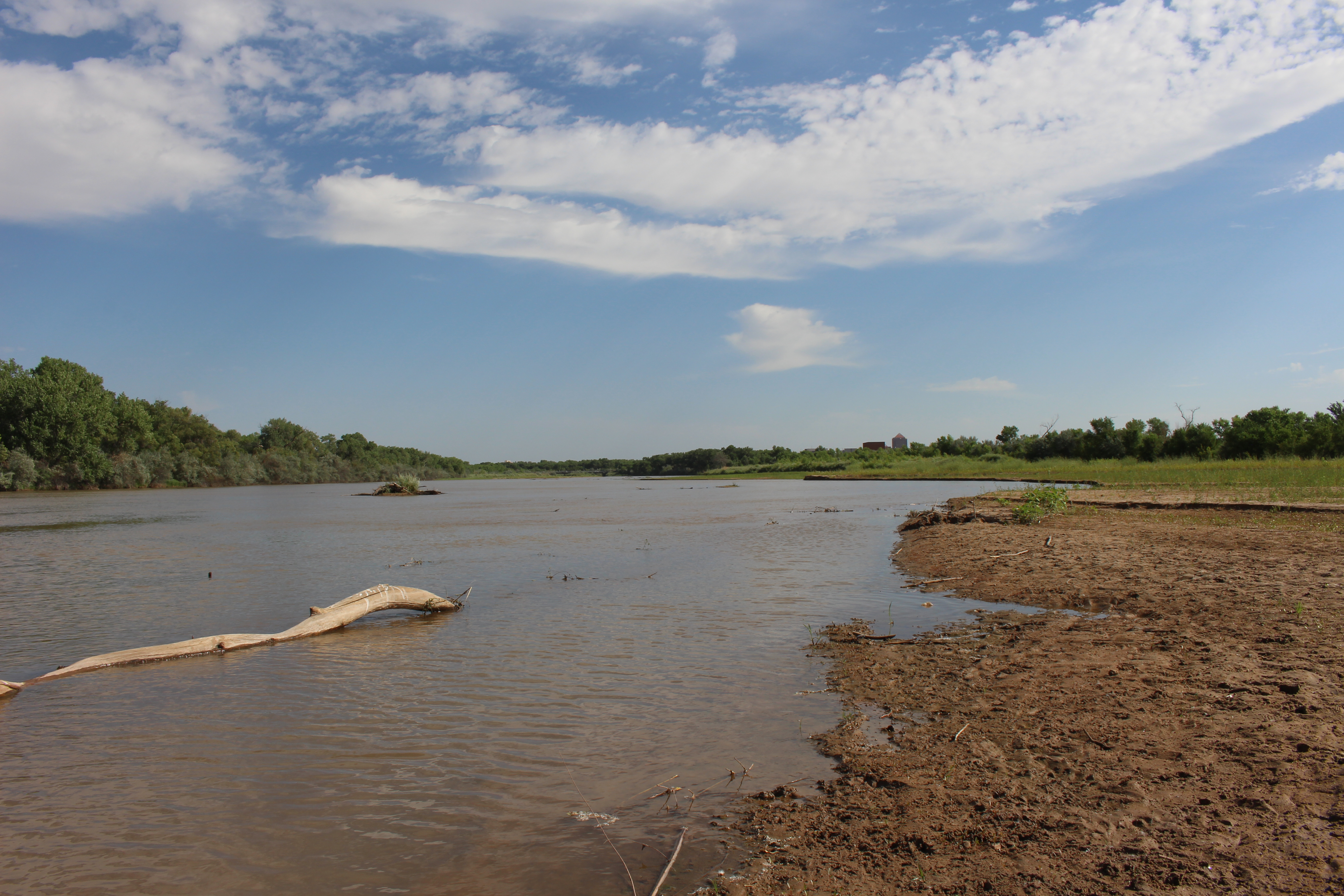 The Rio Grande south of Albuquerque earlier this summer

Wednesday night, New Mexico’s largest water utility agreed to sell water to the federal government to boost flows in the Rio Grande through the end of the year.

Under the one-time lease, the U.S. Bureau of Reclamation will pay the Albuquerque Bernalillo County Water Utility Authority $2 million for 20,000 acre feet of water stored in Abiquiu Reservoir. The water will be used to keep the river flowing from below Cochiti Dam, through Albuquerque and downstream of the Isleta Diversion Dam.

During the meeting, John Stomp, chief operating officer of the water authority, assured board members it has that water to spare. “The reason we’re able to do this is we have managed our supplies really well in the past,” Stomp said. “We are a leader in water management in the valley, and that’s why we’re able to help others.”

The agreement between the federal government and the water authority notes that the $2 million should be used for implementing the city’s 100-year water plan.

“This has been a very challenging year, and we have come together to solve these problems together,” Stomp told NM Political Report after the unanimous vote to approve the water sale.  “The whole purpose of this is to keep the Albuquerque stretch wet for the rest of the irrigation season.”

Stomp said discussions over a possible lease began early this year, when forecasts showed how tough a year it was going to be.

After a poor snow season in the mountains, the Middle Rio Grande started drying in early April, when it normally runs high with snowmelt. Monsoon rains have sporadically revived river flows this summer, but a long stretch still dried from the Bosque del Apache National Wildlife Refuge north toward Socorro. The river also dried near the Pueblo of Isleta.

“The Bureau of Reclamation stepped up to the plate, as did Santa Fe and the water authority, and we’re joining forces,” Stomp said. “We’ve all been working together to try to keep the river wet and stave off litigation, take care of endangered species and protect the river—that’s what we’re trying to do.”

Under the federal Endangered Species Act, water managers must ensure two rare species, the Rio Grande Silvery Minnow and the Southwestern Willow Flycatcher, don’t move further toward extinction. In the past, the U.S. Fish and Wildlife Service mandated minimum flow requirements through the Albuquerque reach of the river. In 2016, the agency updated its 2003 plan for the silvery minnow.  Now instead of following flow requirements, Reclamation is supposed to try to manage the river to improve fish densities.

The Middle Rio Grande Conservancy District will soon be out of irrigation water, and Stomp said MRGCD “did its part” to try and benefit river flows as much as possible this year. And the City of Santa Fe is helping mitigate water losses to the river near the city.

Reclamation spokeswoman Mary Carlson said the Rio Grande would have dried through Albuquerque earlier this summer if everyone hadn’t cooperated.

She said MRGCD and the pueblos coordinated water movement with Reclamation, and she commended efforts by the water authority, too. “This lease agreement between Reclamation and the water authority is a tremendous effort on the part of both parties to keep the Albuquerque reach wet through the rest of this very dry year,” she added.

The water being leased is stored in Abiquiu Reservoir and comes from tributaries of the San Juan River, a tributary of the Colorado River. That water is piped through tunnels to the Chama River, which flows into the Rio Grande in Española. The San Juan-Chama Project was built decades ago, and before Albuquerque built its drinking water project, 110,000 acre-feet of San-Juan Chama water supplemented the native flows of the Rio Grande each year.

MRGCD officials estimate the district will cease regular deliveries to most irrigators within the next week. Most of its stored water in El Vado Lake has been depleted, about two months before the typical end of irrigation season.

Once the lake’s storage reaches a particular threshold, MRGCD will enter “Prior and Paramount Operations,” which means it can only meet the irrigation needs of about 8,800 acres of pueblo lands, which have the most senior water rights in the valley. That includes the pueblos of Kewa, Cochiti, San Felipe, Santa Ana, Sandia and Isleta. Because the pueblos preceded any of the valley’s other communities, when Congress passed an act in 1928 supporting the irrigation district’s creation, it noted that the water rights to those pueblo lands are “prior and paramount to any rights of the district.”

MRGCD officials and Reclamation’s Carlson have both noted the pueblos worked to help the district and water managers this year.

In a statement, Pueblo of Sandia Gov. James Richard Bernal also spoke to the need for cooperation this year, and for long-term solutions. “Because of the unusually dry conditions, the Pueblos wanted to cooperate with other agencies this year, and agreed to use our senior water rights to stretch available water supplies for everyone, to the greatest extent possible,” he said. “Long-term solutions to water supply shortage issues and protection of senior rights to water need to be identified.”