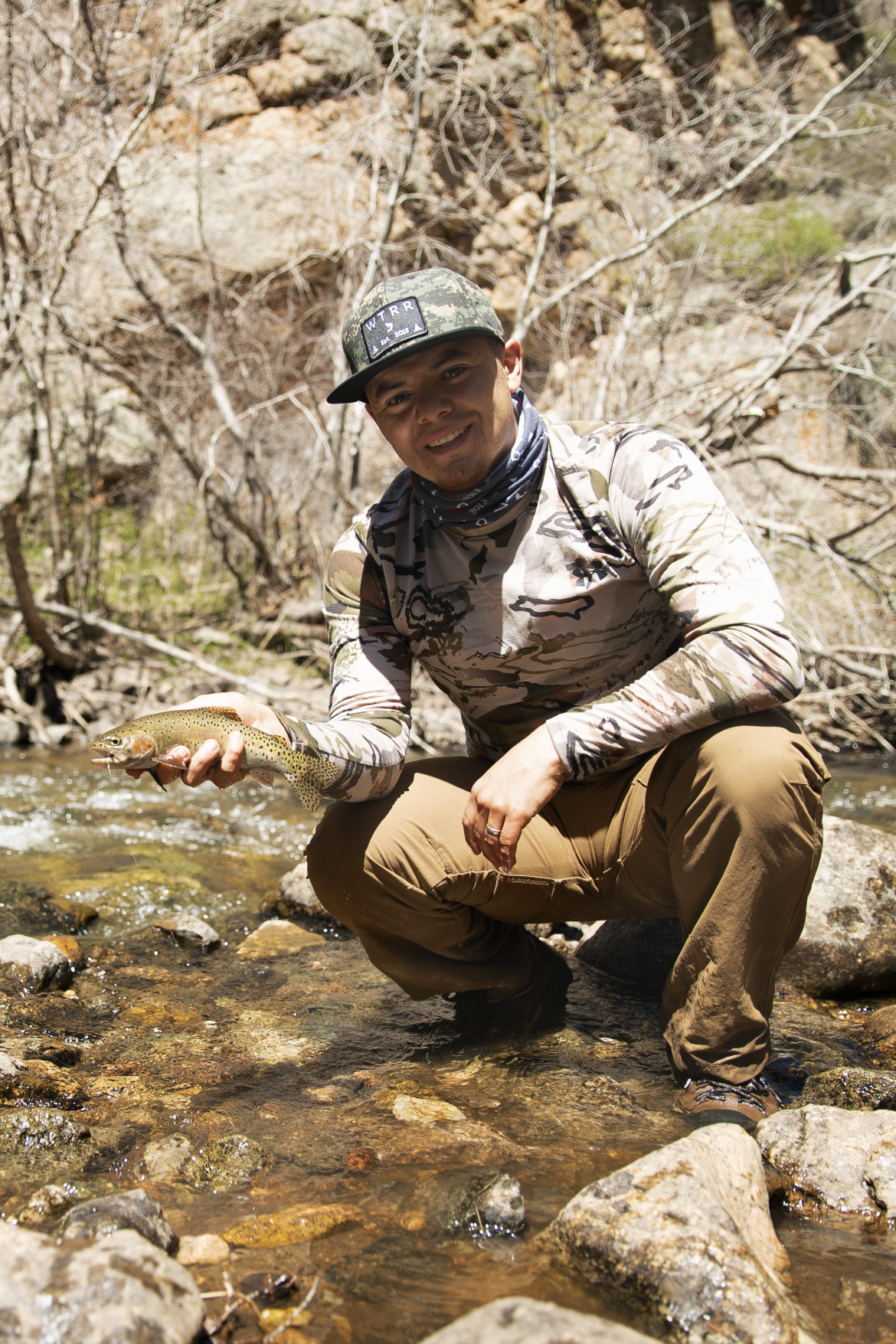 In New Mexico, it can be easy to take our public lands and beautiful, unique landscapes for granted. After all, many of us have been hunting, hiking, fishing, and enjoying the outdoors our entire lives. These traditions handed down from generation to generation instilled in us an appreciation for the land and our heritage.

But on a recent trip to Rio Grande del Norte National Monument I was reminded how lucky I am and how much we stand to lose if we don’t speak up for the land we love and use.

As a sportsman and videographer, I’ve been lucky enough to combine two things I’m very passionate about into a career running my own film business. So on a beautiful August weekend I traveled to Rio Grande del Norte for some fishing and hunting and to capture the story of one of the important programs that makes enjoying this spectacular place possible: the Land and Water Conservation Fund (LWCF).

Not too many people have heard of LWCF even though it’s been wildly successful. LWCF is funded by a portion of offshore oil and gas drilling royalties. The royalties are used for conservation projects. These projects include everything from improvements at city parks to land swaps that increase public lands access to restoration projects on rivers and streams. All this at no cost to taxpayers – one of the things that makes it so amazing!

In the case of Rio Grande del Norte, LWCF dollars were put toward a land acquisition that increased the size of the monument and opened additional access for the public. Land acquisitions like this, purchased from willing sellers, make access for sportsmen and women easier and give local economies a boost with more recreationists visiting the area.

That’s the technical side of LWCF. The real impact is felt by almost every family across the country. That’s not an exaggeration: LWCF funds have gone to every Congressional district in America and every county in New Mexico. It’s had a huge impact for everyone who uses their local city park, a public pool, visits a historic site, or heads out for a weekend on their public lands. Not everyone can afford to put their whole family on a plane for a vacation, but almost all of us can walk down the street to our local park or spend a weekend on public lands.

Last month, I was lucky enough to join a father and son on an antelope hunt in the Rio Grande del Norte National Monument. It can be easy to forget just how much work and how much money goes into making areas like this accessible, especially when having a great time harvesting an animal with your family, but without LWCF, this hunt might not have been possible.

Unfortunately, we’re currently in a fight to save this important fund. On September 30th, LWCF is set to expire. All of our Congressional delegates in New Mexico need to hear from their constituents about how important it is to permanently reauthorize and fully fund this important conservation tool and not let it expire.

Senators Tom Udall and Martin Heinrich along with Congressman Ben Ray Lujan and Congresswoman Michelle Lujan Grisham have all taken many actions to support full funding for LWCF and get the program reauthorized. Unfortunately, Congressman Steve Pearce has yet to support LWCF. In fact, this past summer he voted twice to strip funding from this vital conservation program.

Despite this divide, LWCF enjoys bi-partisan support in Congress, as it should.  We urge Congress to get the job done by September 30th and not let LWCF expire.

Gregg Flores is a sportsman and filmmaker.