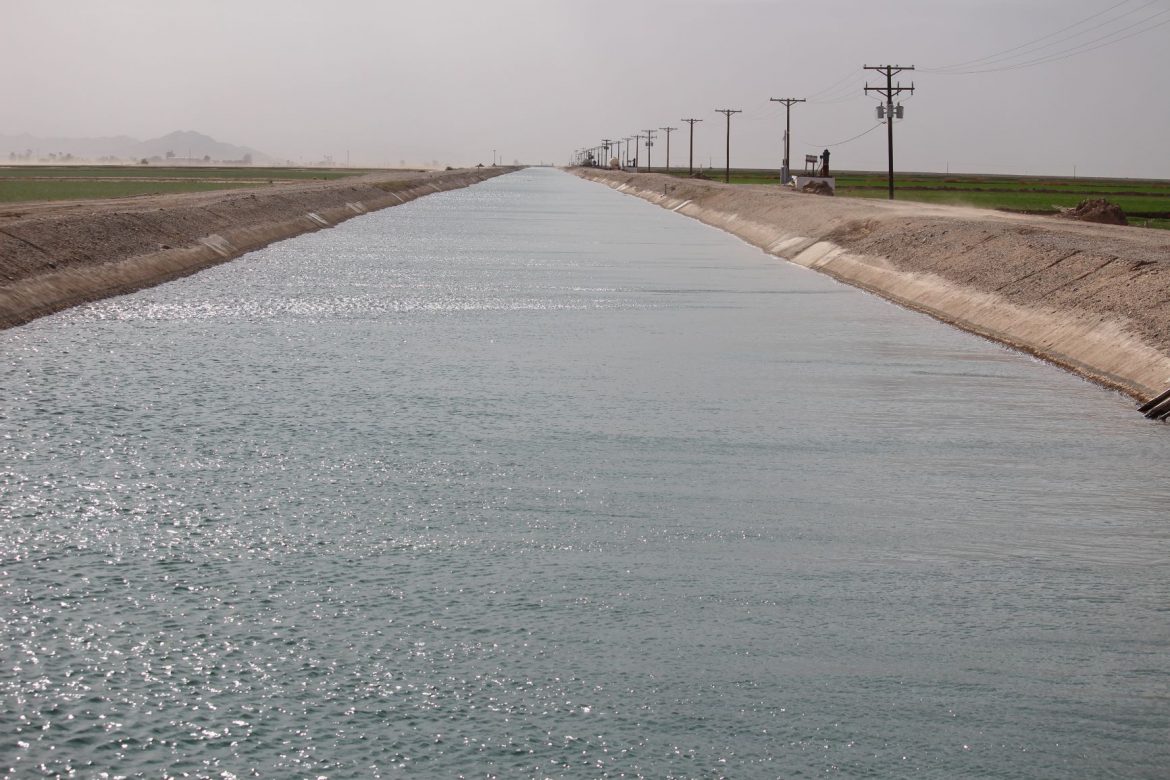 The Colorado River supplies water to seven states, including New Mexico, before crossing the border into Mexico. Then—theoretically, nowadays—it reaches the Sea of Cortez. Demands from cities and farms, along with climate change, strain the river and affect its flows.

Now, a new study shows that even though annual precipitation increased slightly between 1916 and 2014, Colorado River flows declined by 16.5 percent during that same time period. That’s thanks, in large part, to “unprecedented basin-wide warming.” Warming reduces snowpack and increases the amount of water plants demand.

Using experiments and a hydrology model, the trio of authors from the University of California-Los Angeles and Colorado State University, found that 53 percent of the decrease in runoff is attributable to warming; the rest to reduced snowfall within regions that feed into the system.

One of the study’s authors, Bradley Udall, co-authored an earlier paper with Jonathan Overpeck showing a drop in river flows. What’s striking about the new study, Udall explained, is how much of the decline is due to warming relative to precipitation.

He cautioned that the study’s results are based on one model and one data set.

“That said, I think the model is telling us something that’s really valuable,” he said. “The feedback loop—self-reinforcing cycles, where dryness begets heat, which further begets dryness—is probably at the root cause of what’s causing these 50 percent declines.”

In short, he said, the model points toward the further aridification of the region.

The model also shows how sensitive the Colorado River Basin is to shifts in precipitation patterns. Not only does it matter whether precipitation falls as snow or rain, it matters where it falls. Snowfall in Colorado, he explained, contributes more to the river’s flows than if it falls in Utah. Unfortunately, the researchers noted a decline in snowfall within four important sub-basins of the river, all within the state of Colorado.

The paper, he said, is also a reminder that we need respond to climate change right now.

One of the biggest long-term issues is how to have an agricultural system that’s resilient, even decades from now.

“There’s no way that the [sector] that uses 75 percent of the water cannot be in the cross-hairs,” he said. “We need to think about how to make that sector healthy, viable and responsive to these coming changes.”

He also cautioned that states and water users can’t “engineer” their way out of the problems. In Colorado, for instance, he said there are discussions about building more reservoirs at higher elevations, where there would be less evaporation.

“It’s a good discussion to have and a necessary one to have, but I’m very skeptical that engineering solutions are the ultimate answer,” Udall said. “At some point, we’re going to have to look at demand and how we manage to shed demand [in a way] that does the least amount of damage to communities and the environment and our economy.”

The study was published at the end of August by Water Resources Research, a peer-reviewed journal of the American Geophysical Union.

As goes the Colorado, so goes the Rio Grande

This year, New Mexico’s largest river is in even worse shape than the Colorado River. After a bad winter, the Rio Grande has experienced record low flows—even drying, beginning in April—and declining reservoir levels.

In fact, since earlier this summer, water in the Middle Rio Grande that isn’t directly related to monsoon storms is from the Colorado River Basin.

The San Juan-Chama Project moves water from tributaries of the San Juan River, a tributary of the Colorado River. The water is piped to the Chama River, which flows into the Rio Grande near Española. Cities like Albuquerque and Santa Fe have rights to that water, as do some of New Mexico’s tribes and the Middle Rio Grande Conservancy District.

Recently, the U.S. Bureau of Reclamation even paid the Albuquerque Bernalillo County Water Utility Authority $2 million for 20,000 acre feet of stored San Juan-Chama Project water to try to keep the Rio Grande flowing through Albuquerque through the end of the year.

“Essentially, it is imported Colorado River water that has been keeping our Rio Grande wet,” said John Fleck, director of the Water Resources Program at the University of New Mexico. “We would have a dry river in Albuquerque right now without imported water, Albuquerque would have to be pumping groundwater unsustainably and farmers wouldn’t have irrigation water.”

When the Rio Grande dries, it affects fish and wildlife populations, as well as the cottonwood forest

Engineers and planners had the foresight in the mid-twentieth century to realize there would be more demands for water in the Middle Rio Grande in the future, he said, and they created the San Juan-Chama Project. “But it also shows how tenuous and interconnected the system has become,” Fleck said. The Middle Rio Grande is now inextricably tied to the Colorado River Basin, he said, as this year demonstrated all too clearly.

The new study is further evidence of what we already knew: that the San Juan-Chama Project is at risk of decline, said Fleck. And while the study focused on the Colorado River Basin, he said its message applies to the Rio Grande Basin, as well.

He hopes it might spur a conversation that New Mexicans, and Albuquerque residents in particular, haven’t had yet—about how we value the river that flows through our city.

“We’ve never had a serious community conversation about what we value, what we want when it comes to this native ecosystem in the midst of the city,” he said, noting that protections of the river and its ecosystem fall under compliance with the federal Endangered Species Act—and specifically the mandate to prevent the extinction of rare species like the Rio Grande silvery minnow and the southwestern willow flycatcher.

“At some point,” he said, “we need to talk about, what kind of flows do we want? What kind of habitat do we want? And what do we care about as a community?”