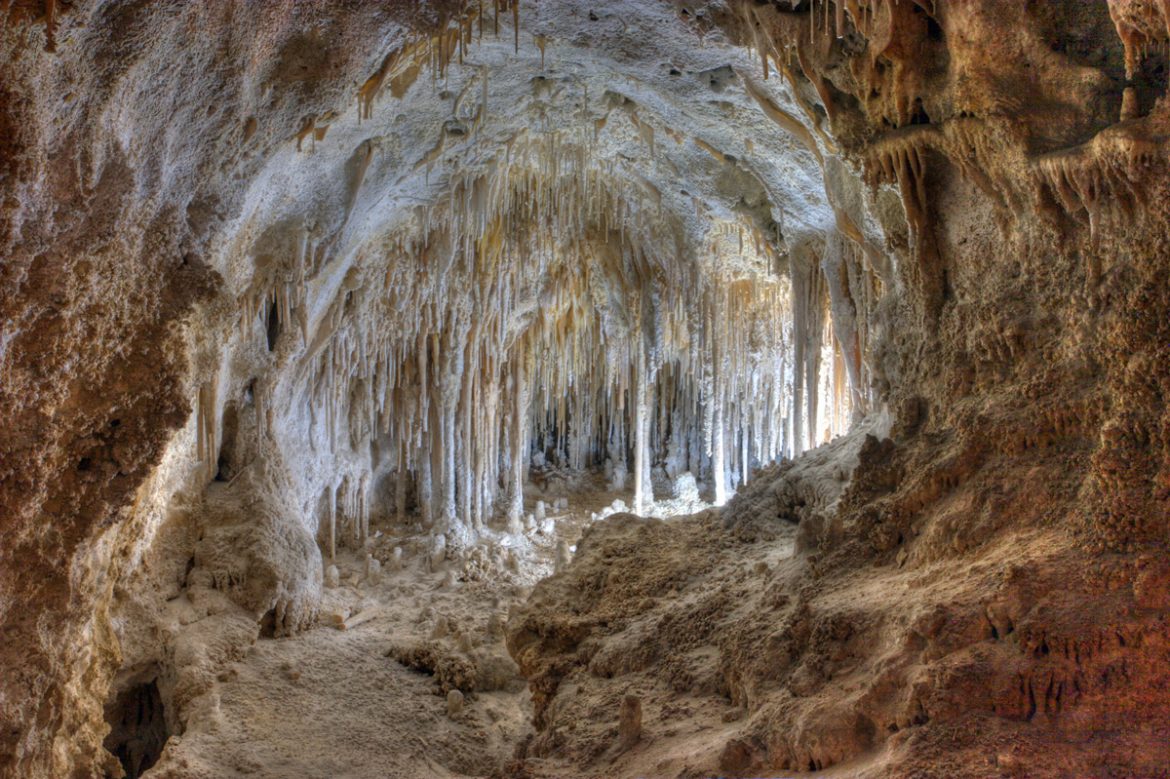 Carlsbad Caverns National Park is an expansive network of caves that has yet to be completely explored. The caves near the park could be affected by proposed drilling in the area.

If there is one swath of land that holds the most promise for Interior Secretary Ryan Zinke’s vision for energy dominance, it might be southeast New Mexico. The 6-million acre region includes part of the Permian Basin, which stretches into west Texas and is expected to produce more than any other nation except Saudi Arabia by 2023. In August, the Bureau of Land Management released a 1,500-page draft of a new management plan for the New Mexico side of the basin that will determine how its resources will be used for the next 20 years and beyond.

The BLM’s Carlsbad field office, which oversees this three-county region, is the busiest in the nation for oil and gas drilling. It’s also a landscape of deserts, grasslands, small mountain ranges and spectacular underground caves. One of the first major resource management plans in the country to be released under the Trump administration, it paves the way for more drilling.

The plan was eight years in the making and originally expected for release under the Obama administration but was delayed after President Donald Trump was elected. According to documents obtained by High Country News, the Carlsbad field office originally intended to protect certain areas for wildlife, scenic or cultural values that are not included in the new version. For instance, maps drafted in 2016 show that BLM’s preferred alternative included more extensive protection for grasslands west of the 12,000-person town of Artesia. According to multiple sources close to the planning process, who spoke to HCN on condition of anonymity, the BLM pivoted to change “no-surface occupancy” restrictions on drilling — which prohibit companies from disturbing the surface of a sensitive area — to be less restrictive in several locations that were part of the draft plan before Trump was elected.

In response to the new administration’s priorities, “the BLM performed a review of Executive Orders, Secretarial Orders, and Secretarial Memos,” James Stovall, the BLM manager of Pecos Field District, which includes the Carlsbad field office, wrote to HCN in an email. “The team then reviewed, and revised as necessary.”

Jim Goodbar, a cave and karst specialist employed by the BLM in New Mexico for 38 years before retiring in January, worked on the resource plan under the new presidential administration. During that time, he noticed priorities shift in line with Trump’s energy-first vision. “There was definitely a sense that everybody was thinking, we wished we’d gotten it approved prior to the change of the guard,” Goodbar said. The former employee also told HCN he’s concerned the draft RMP uses 2014 data about water and mineral resources. “Since then, there have been major (oil) discoveries, and the numbers of wells and sizes of the pads have changed quite dramatically,” Goodbar said. “So that could be a lot more environmental impact than they would actually be reporting.”

Southeast New Mexico has been drilled for 90 years already, and activity has ramped up drastically in the past several. Seventy-one percent of BLM’s acreage here is leased for drilling, which means it’s either slated for development or already in use. “I think there’s a real danger that Carlsbad is going to become a single-use field office,” said Judy Calman, an environmental attorney with New Mexico Wild, a statewide conservation nonprofit. “More than other field offices, Carlsbad faces more pressure to do more for conservation because it’s so on the verge of becoming just an oil and gas field office.”

The BLM wrote its last Carlsbad plan in 1988, which left all but 11,600 subsurface acres, of 2.6 million, open for leasing. A lot has changed since then, including new innovations in fracking methods and technology that means oil-and-gas development can move faster than ever before. Climate change has also increased the importance of riparian areas for threatened or endangered species like the Texas hornshell mussel and the Pecos gambusia.

The BLM’s preferred alternative would close three percent of the management area to new drilling, or 88,500 acres, and the agency estimates it would add more than 11,000 oil-and-gas jobs in the next 20 years.  As with all federal land plans, the draft presents four “alternatives” with varying priorities. The more conservation-oriented option would close 40 percent of the land to new leases and could create more than 9,000 industry jobs.

Environmentalists pushed for higher protections for 550,900 acres of desert riparian zones, Great Blue Heron habitat, unique salt playas, and grasslands with one of the nation’s highest diversity of bird species. BLM’s preferred alternative within the new draft doesn’t include those four nominations for Areas of Critical Environmental Concern, though the agency did write its own proposals for new ACEC designations.

Tension between conservationists and industry in the Carlsbad region also extends deep underground. Carlsbad Caverns National Park, first designated in 1923 as a monument, protects over 100 miles of caves that formed millions years ago and have yet to be fully explored. “The cave and karst resources ripple out far beyond the boundary of the park,” said Jerry Otero of the National Park Conservation Association. The cave networks are connected to aquifers, which could be contaminated if drilled into for oil and gas, Otero said. “It’s very likely groundwater would be impacted and there is a possibility that caves and underground structures connected to the cave systems within the park could be penetrated and contaminated,” if certain areas near the park are leased, added Ernie Atencio, NPCA’s New Mexico senior program manager.

Advocates of the park also want the new BLM plan to reflect the fact it is an international tourist attraction. “If you’re standing at the park, at the visitors center and you look out and see and industrial landscape, your experience is not the same,” Otero said.

Many locals to southeast New Mexico are advocating for fewer restrictions on the oil and gas industry. Dan Girand, former director of legislative and regulatory affairs at Mack Energy Corporation, an oil and gas producer based in Artesia, is concerned the plan will close certain lands to drilling and put restrictions on others. “Once they lease it to us, they’re going to have conditions to it, which could cost us a whole bunch of money,” said Girand, who is also chairman of Chaves County Lands Council. Oil and gas is an important economic driver for communities in the area and county commissioners would like to see even more focus on drilling and greater local input in the process. Fifteen percent of jobs in the area are in mining or the oil-and-gas industry. The per capita income of this three-county region was $39,500 in 2016, according to Headwaters Economics data.

“My preference in this whole deal would be for this draft to be thrown in the trashcan and the BLM to actually come coordinate with the counties putting this resource management plan together,” Chaves County Commissioner Will Cavin said of the draft, invoking the legal requirement federal agencies have to work alongside locals. Using the provision known as “coordination” has become a strategy in recent years for conservatives in many pockets of the West, seeking more influence in the federal planning process. Groups like the nonprofit American Stewards of Liberty, based in Texas, once funded by the billionaire industrialist Koch brothers, put on local trainings, including in southeast New Mexico, to teach counties to leverage federal law to gain more influence.

While Cavin called for more coordination between regional federal employees and locals, he also said he and other county commissioners met with BLM brass on multiple occasions earlier this year to voice their opinions about the new RMP, including with BLM Deputy Director Brian Steed and Deputy Director of the Office of External Affairs Tim Williams.

The BLM will hold eight public meetings about the RMP between Sept. 17 and 27, in New Mexico towns and cities of Carlsbad, Artesia, Roswell, Hope, Albuquerque, Jal, Hobbs, and in Midland, Texas. Public comments can be submitted online through Nov. 5.

Note: This article has been updated to note that Dan Girand is the former, not current, director of legislative and regulatory affairs at Mack Energy Corporation.

Tay Wiles is a correspondent for High Country News.