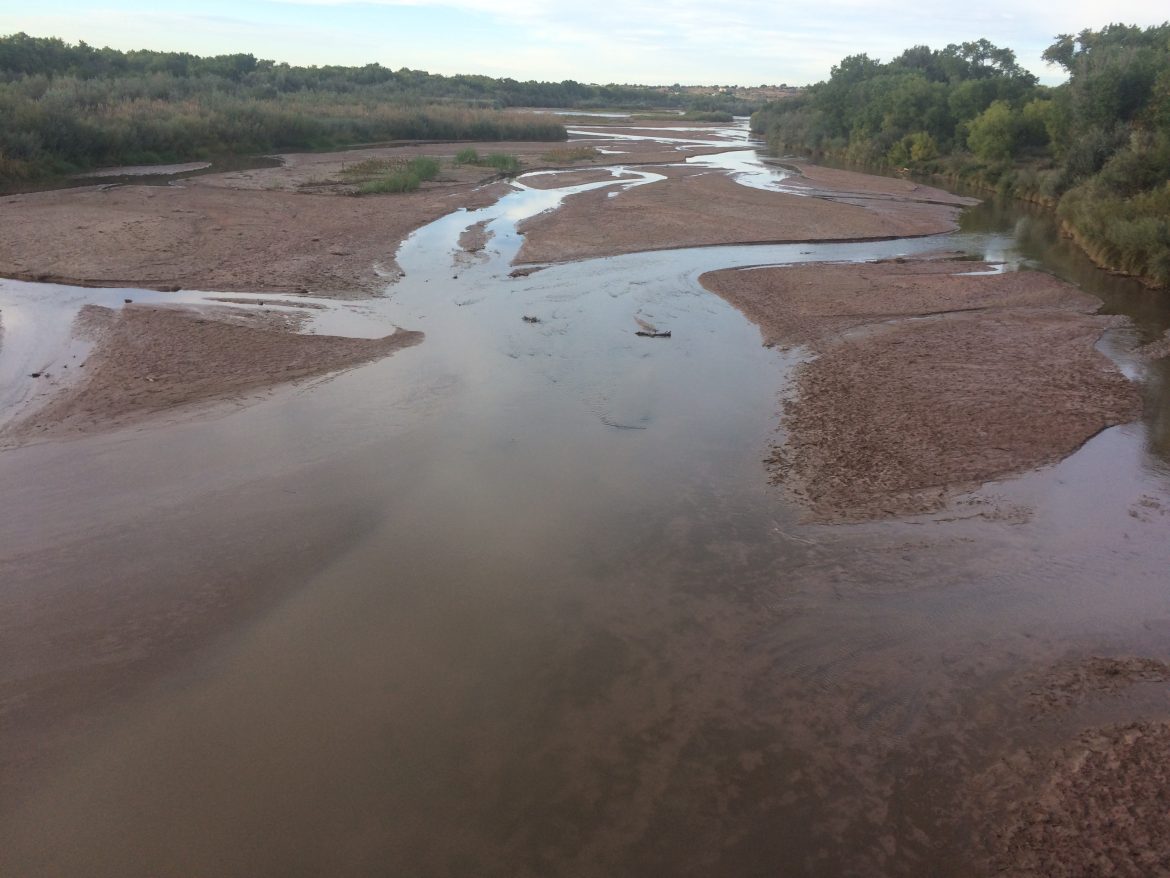 The Rio Grande in Albuquerque earlier this week

•The Durango Herald reported that in Durango last week, the Animas River registered its lowest levels in more than 100 years of records. On Sept. 26, the river through the southwestern Colorado town dropped below 100 cubic feet per second. Jonathan Thompson wrote about it on his website, too.

•And by the time the Animas crosses into New Mexico, it’s in even worse shape. As of Wednesday, it was running at less than ten cfs. Normal for this time of year? According to the USGS gage data, it’s about 300 cfs.

• The state continues to spend its federal subsidy on the Gila River diversion, which is still in the planning stages.

Benjamin Fisher at the Silver City Daily Press reported that another $1.784 million was spent in 2018. That included $214,000 for New Mexico Interstate Stream Commission staff hours and support services, $629,000 to contractors (mostly to engineering firm AECOM), $43,000 for legal fees, and $2,000 for services simply categorized as “other.”

For their work as one of the joint lead agencies on the NEPA analyses, the ISC advanced $4.4 million to Reclamation. $2.9 million of that has been obligated by Reclamation, but of that amount, the agency has, as of June 30, spent around $500,000.

Meanwhile, the CAP Entity uses the fund for its basic operations — paying staff and contractors for their work on the project. In fiscal year 2018, the CAP Entity spent $386,000 from the New Mexico Unit Fund.”

• So much has happened on the federal level within the week or so, in terms of environmental policy changes, that I can’t shoehorn all that into the weekly review.

Instead, I’ll be covering the various changes—and what they might mean for New Mexicans—in a story Monday morning. Be sure to check nmpoliticalreport.com for that tomorrow.

We’d planned to run that story today, but have had website issues this week, so we’re holding off until Monday. Thanks to all our readers for their patience this week!

This is just an excerpt of the NM Environment Review email that subscribers read yesterday. If you’d like to sign up, so you don’t miss any news next week, click here.