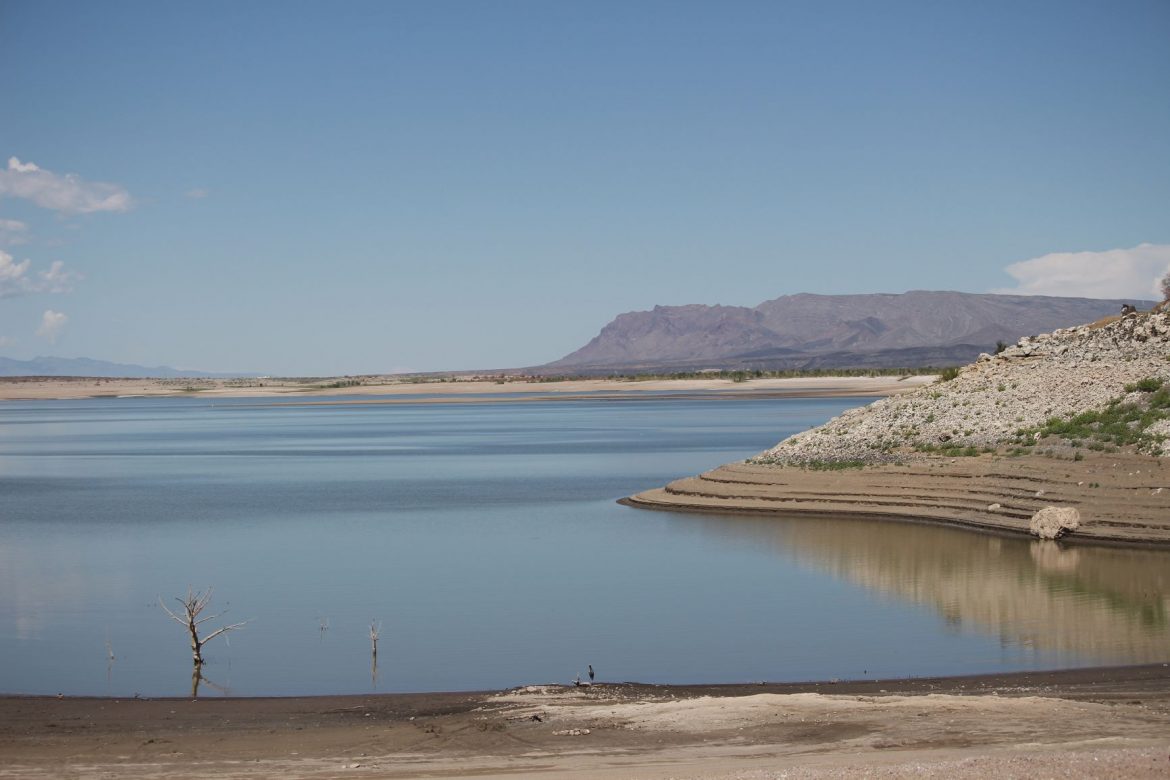 Thanks to a poor winter and long-term drought, New Mexico's largest reservoir is currently at 3.2 percent capacity.

If humans don’t drastically reduce greenhouse gas emissions in the next decade, we will not stop warming that’s expected to have widespread and catastrophic impacts upon the Earth’s ecosystems.

That’s one of the most pointed findings in a special report from the Intergovernmental Panel on Climate Change (IPCC), which was tasked with studying how a 2.0° Celsius rise in global temperature will affect the planet, its ecosystems and human communities, compared with a 1.5°C temperature increase.

According to the IPCC’s special report, if the Earth’s temperature increases by more than 1.5°C, the changes will be “long-lasting” and “irreversible.”

Already, the global temperature—averaged between land and sea temperatures—has risen 1° Celsius, or 1.8° Fahrenheit, since 1880. That change has contributed to sea level rise, the melting of Arctic sea ice, coral bleaching of ocean reefs and ocean acidification. In places like the American Southwest, warming is already affecting snowpack, forest dieoffs, water supplies and wildfire season.

“The more warming that we cause, the broader and more intense are the impacts in general,” said University of New Mexico Earth and Planetary Sciences Professor David Gutzler, in summing up the main message of the report. “So, even for regions or components of the climate system for which the difference between 1.5° and 2° doesn’t represent a big threshold or tipping point, the impacts of climate change get considerably bigger.”

That’s true here in New Mexico, where average annual temperatures have already increased by 2°F just since the 1970s, according to a number of sources, including a recent report from the National Oceanic and Atmospheric Administration.

The faster rate of temperature increase here is due to the fact that continents warm more quickly than oceans, Gutzler explained: “The world is mostly ocean, and we are in the middle of a continent, so when people talk about global warming of one, two or three degrees, for our region, we’re thinking about double those numbers.”

According to the IPCC’s special report, limiting warming globally to 1.5°C will require “rapid and far-reaching” changes in energy, transportation, agriculture, cities, land use and industry.

The scientists wrote that globally, human-caused emissions of carbon dioxide “would need to fall by about 45 percent from 2010 levels by 2030, reaching ‘net zero’ around 2050.” The report also notes that “any remaining emissions would need to be balanced by removing CO2 from the air.”

As NM Political Report has reported numerous times, including last summer, warming is having, and will continue to have, significant impacts on the U.S. Southwest.

Depending upon whether greenhouse gas emissions continue at current levels or rise, temperatures in the Southwest are projected to increase by 2.5° Fahrenheit over the next few decades, they wrote, and between 2.8° and 11.9° Fahrenheit by the late 21st century.

In response to the IPCC report released this week, U.S. Senator Tom Udall said the U.S. must heed its “urgent warning” and “take decisive action to halt climate change in concert with other nations.”

“When the federal government fails to act, we must look to states, cities, and the private sector to redouble their efforts,” Udall added. “That means taking the necessary steps to reduce emissions as we transition to clean energy sources and make cleaner, more responsible use of our existing energy resources.”

Udall criticized the Trump administration’s recent rollback of a rule to reduce pollution from methane, a greenhouse gas, calling it a “tragic failure of leadership.”

“Natural gas flaring and leaks are wasteful, pollute the air we breathe, and undermine our best efforts to grapple with climate change,” he said, calling for “significant” investments in clean, efficient energy production.

Half a century of inaction

This week’s report from international scientists was stark and urgent. But its message wasn’t altogether new. In the United States, people in positions of power have known about human-caused climate change and its impacts for decades.

More than two decades before NASA scientist James Hansen testified about climate change before Congress in 1989, scientists told President Lyndon B. Johnson that the burning of fossil fuels was increasing carbon dioxide levels in the atmosphere.

In 1965, Johnson’s science advisory committee wrote in a White House report: “Through his worldwide industrial civilization, Man is unwittingly conducting a vast geophysical experiment. Within a few generations he is burning the fossil fuels that slowly accumulated in the earth over the past 500 million years.” The carbon dioxide humans were injecting into the atmosphere would cause changes, they wrote, that could be “deleterious from the point of view of human beings.”

In February 1965, Johnson addressed Congress over rising carbon dioxide emissions: “This generation has altered the composition of the atmosphere on a global scale through radioactive materials and a steady increase in carbon dioxide from the burning of fossil fuels,” Johnson said.

Yet, the U.S. never moved to curtail fossil fuel use.

Decades ago, Congress refused to ratify the Kyoto Protocol, which represented the first step toward meaningful international action on climate in 1992. And in 2017, President Donald Trump pulled the U.S. out of the 2015 Paris Agreement, in which nearly 200 countries committed to cutting emissions to keep global temperature rise below 2°C, with the larger goal of trying to keep warming to 1.5° above pre-Industrial levels.

Under Gov. Bill Richardson, the state of New Mexico undertook some climate initiatives, trying to reduce greenhouse gas emissions from industries and studying how the impacts of warming would affect resources and its communities. In 2005, the state released a report on the potential impacts of climate change, examining effects on everything from tourism and forests to water and agriculture.

All those initiatives and studies ended once Gov. Susana Martinez took office in Jan. 2011. Martinez has not even convened the state’s Drought Task Force since 2015, and drought planning links on the governor’s website include a 2006 New Mexico Drought Plan and 2008 recommendations from the task force, two documents posted before Martinez was elected governor.

For Gutzler, who is among the scientists working on the next IPCC assessment, the main message New Mexicans should glean from the special report and others like it is that climate change isn’t coming—it’s already here.

The IPCC is the United Nations scientific body that assesses the state of climate science. Ninety-one authors and review editors from 40 countries prepared the special report. To read the entire special report: http://ipcc.ch/report/sr15/ To read FAQ’s about 1.5°C: http://report.ipcc.ch/sr15/pdf/sr15_faq.pdf and to read the summary for policymakers: http://report.ipcc.ch/sr15/pdf/sr15_spm_final.pdf