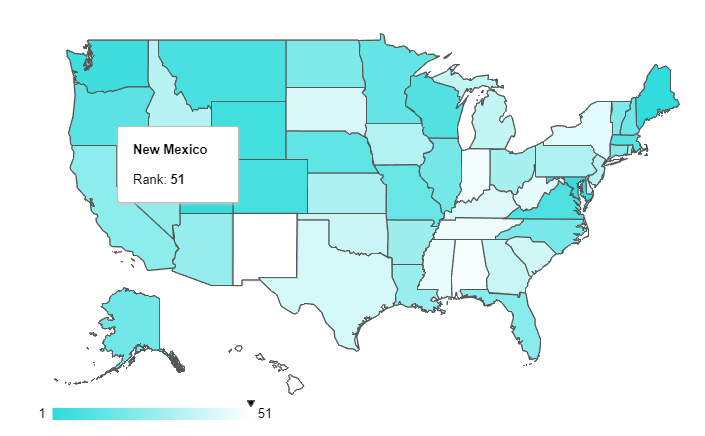 According to Wallethub, New Mexico lags behind the rest of the nation when it comes to political engagement.

The website ranked all 50 states, and the District of Columbia, on political engagement, and New Mexico finished in last place. It and Hawaii, which finished in 50th, were well behind the rest of the states.

Washington D.C. led the pack, followed by Maine and Utah.

New Mexico’s problems largely come from the low percentage of registered voters and relatively low voter turnout in the 2016 elections.

What turnout will look like in 2018 compared to those two elections, both presidential years, is unclear.

There are several races that could draw voters to the polls.

New Mexico has a competitive gubernatorial race and a three-way U.S. Senate race that has received a lot of national attention. And the race for U.S. House in the state’s 2nd Congressional District is considered a key race in determining which party will hold the chamber next year.

Early voting began last week in New Mexico and expands this weekend to more locations, which will mean a dramatic increase in votes Saturday and through Nov. 3, the final day of early voting.