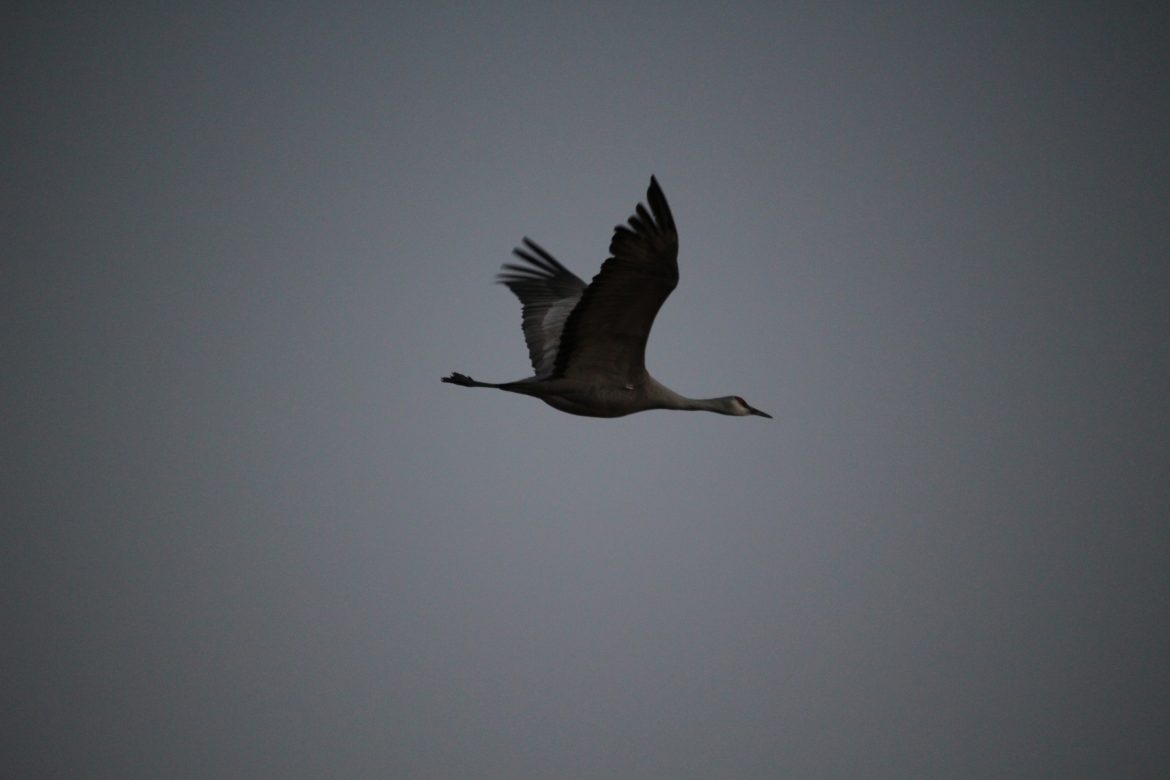 You’ve heard about the groundwater contamination at Kirtland Air Force Base, where jet fuel leaked for decades into Albuquerque’s aquifer. Now, there’s another problem at an Air Force base—this time at Cannon Air Force Base in eastern New Mexico.

Earlier this week, state officials notified the public that Cannon Air Force Base found that carcinogens have seeped from the base and into the local groundwater, including water that supplies local dairies.

Per- and Poly-Fluouroalkyl Substances (PFAS) are associated with fire-fighting foams and are “emerging chemicals” associated with an increased risk of cancer and other health problems. They can move through groundwater and, similar to metals like mercury, PFAS’s stick around for a long time and bioaccumulate in the food web. That means the contamination keeps moving up the food chain, accumulating more and more within each species.

According to the press release from the state, the U.S. Environmental Protection Agency’s human health advisory level for PFAS chemicals is at 70 nanograms per liter, or parts per trillion.

The Albuquerque Journal covered the story, as well as the Associated Press and some Albuquerque television stations. You can see the state’s press release here.

• Andy Stiny with the Santa Fe New Mexican covered a challenge to the Office of the State Engineer from WildEarth Guardians over how the waters of the Rio Grande are allocated to the Middle Rio Grande Conservancy District.

• Steve Knight reported for the Albuquerque Journal that the Albuquerque Bernalillo County Water Utility Authority has told developers of Santolina they’ll need to cough up about $600 million over 50 years to to pay for the water and sewer services at the proposed 13,700-acre development near Albuquerque.

• This is from a few weeks ago, but Westmoreland Coal Company filed for Chapter 11 bankruptcy protection. The country’s oldest coal company operated a number of mines in Canada and the U.S., including the San Juan Mine which supplied PNM’s San Juan Generating Station. Headquartered in Englewood, CO, the company also entered into a plan to restructure its more than $1.4 billion in debt, according to the Denver Post.

A story in WyoFile notes that the bankruptcy could leave counties—like Lincoln County, WY—in trouble. Westmoreland owes that county about $10 million in ad valorem taxes, which are paid to the county on an annual, rather than monthly, basis. According to the piece:

Lincoln County officials say they remain optimistic about the future of the Kemmerer Mine where far more than tax revenue is at stake for Kemmerer and Lincoln County. At least 300 area jobs hang in the balance. But Lincoln County’s situation again highlights a weakness in the laws that leave county governments vulnerable when trying to collect ad valorem taxes from busted energy companies, even as lawmakers eye reforms.

• I spoke recently with Lonna Atkeson, a professor in the Political Science Department at the University of New Mexico, and Adrian Oglesby, director of the Utton Transboundary Resources Center at UNM’s School of Law. We talked about where environment issues fit into the mid-terms elections, and some of the biggest water challenges New Mexico’s next governor will have to face. That’s online at New Mexico In Focus.