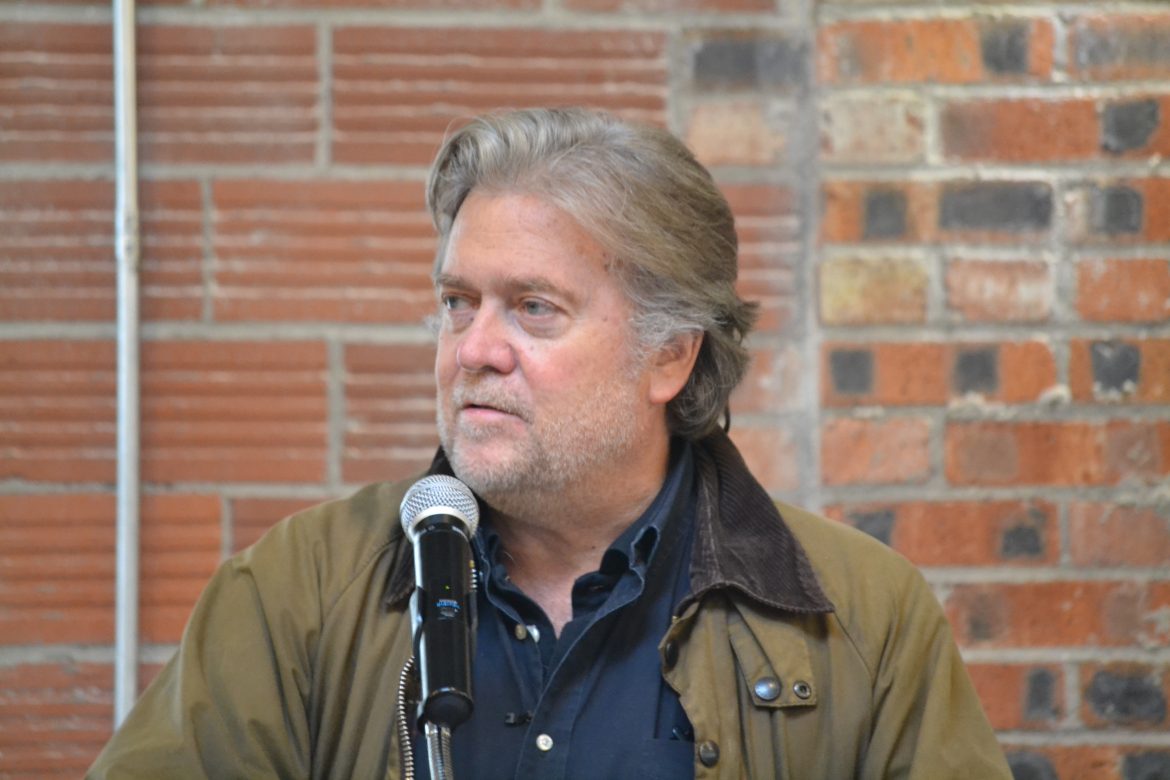 Bannon said his film was not intended to change minds about Trump, but instead to rally Trump supporters ahead of November’s midterm election.

“This is not a midterm,” Bannon told the crowd. “This is Trump’s first reelect.”

“When I looked at this race, I looked at President Trump,” Rich said. “I looked at him and said, ‘Man this is the guy that sets the standard.’ This is a guy who says ‘I stand up for the working guy.’”

In recent interviews Bannon has said November’s election will have a large impact on Trump’s chances of getting reelected in 2020. He also celebrated “economic nationalism” and said it’s important for the future of the United States.

“Economic nationalism is about putting America first,” Bannon told the crowd of Trump supporters, peppered with some curious observers. “It doesn’t matter, your race, your ethnicity your religion your gender, your sexual reference, none of that matters. Only one thing [matters]: [that] you’re an American citizen.”

He also told Trump supporters they must win in the midterm.

The former financial trader and movie producer—whose net worth lands somewhere between $9 and $48 million, according to Forbes—dismissed “global elites” and said he preferred working class people.

“If I had to choose a team, I want to be on your side of the football,” he told the crowd.

Bannon left promptly after his speech and before his movie played.

Outside the event, the parking lot was quiet and missing an expected presence of protesters.

Opting not to engage or even acknowledge Bannon’s presence in the state, the Chaves County Democratic Party held a business meeting just down the road from where Bannon’s movie was being showcased.

Chaves County Democratic Party Chair Paul Romero told a room full of about 50 party members that he didn’t think Bannon was worth the party’s time.

“Yes, we could protest,” Romero said. “But, for this moment on this day I just felt we could take a different approach.”

Instead, Romero said, he encouraged other members to make phone calls and knock on doors in support of Democrats.