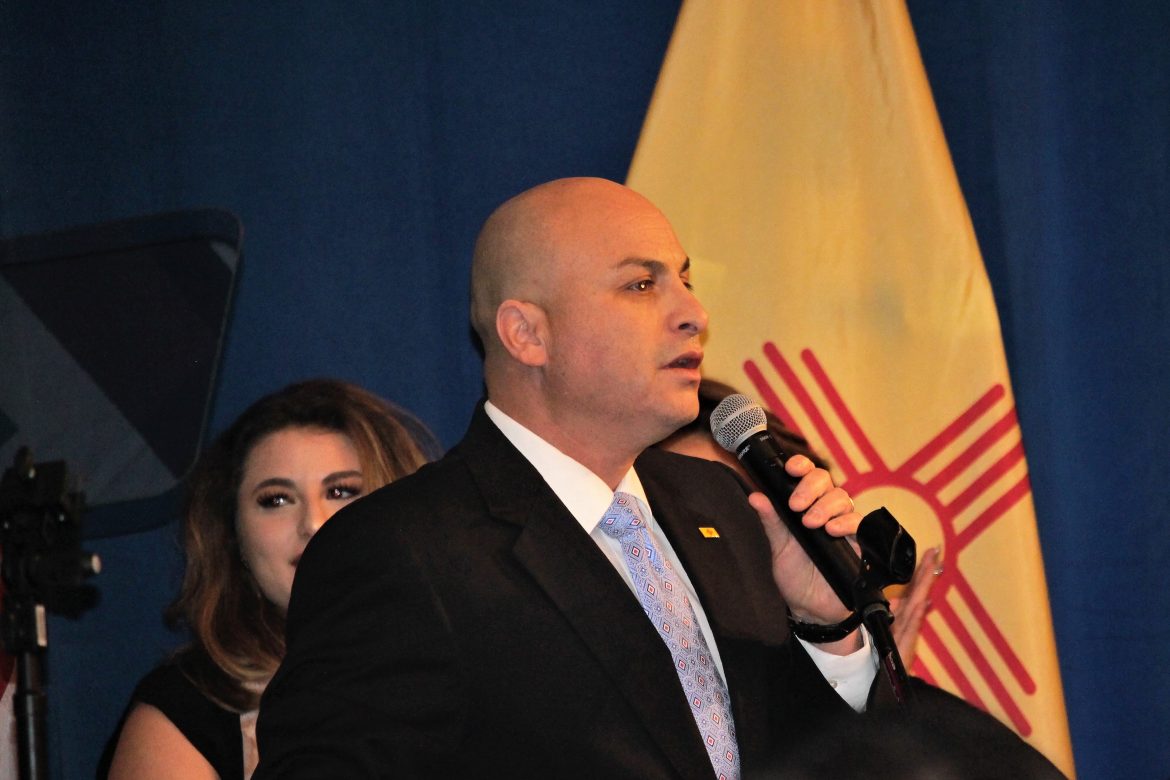 Democrats swept statewide races on Election Day, and will control not just the governor’s office and all of the executive agencies, but also independent state agencies that oversee everything from state funds to state lands.

The closest statewide race on Election Day was for State Land Commissioner. The race will resonate across the state, and it highlighted the struggle over land use, not just here in New Mexico, but across much of the western United States.

Stephanie Garcia Richard, a Democratic state legislator who has represented the Los Alamos area since 2013, earned a victory over former commissioner Pat Lyons, a Republican and currently a member of the Public Regulation Commission.

Before midnight, with less than half the precinct fully reporting, the race went to Garcia Richard with just over 50 percent of the vote, compared with Lyons’s 44.2 percent and Libertarian Michael Lucero pulling in almost six percent of the vote.

“New Mexico once again proves that heart wins over money,” Garcia Richard told NM Political Report. “I am anxious to get to work on behalf of the people of the state of New Mexico.”

Garcia Richard will be the first woman to lead the State Land Office.

Unlike executive agencies that are directed by the governor, and the U.S. Department of the Interior, which follows the president, the State Land Commissioner doesn’t have a boss.

And the office has just one mandate, Shelton said. Under the state constitution and the office’s enabling legislation, the commissioner’s job is to generate revenue from its lands for beneficiaries, like schools and hospitals.

“Within the context of that, the commissioner can operate that land office just about the way they want to,” he said. “To this point, it’s been a gas-powered ATM: They issue the leases, collect the royalties and the money goes into the permanent fund.”

But that doesn’t align with how most New Mexicans use public lands, he said.

“This election, we could put someone in place that treats these lands like public lands, instead of like revenue-generators,” he said. “Instead of a myopic focus on oil and gas…[they] could use the full diversity of state trust lands, for all the different things they’re good for.”

That could include hiking, camping and hunting, he said, as well as renewable energy.

As it is now, he said that the office issues leases and announces revenues, but the public and nearby communities aren’t involved in decision-making.

“There’s a need for transparency and a shift to a culture of transparency that includes community engagement and community involvement,” he said. “With nine million surface acres, there are communities all over New Mexico impacted by the decisions the State Land Office makes.”

The current commissioner—Republican-turned-Libertarian Aubrey Dunn—will finish out his term at the end of the year.