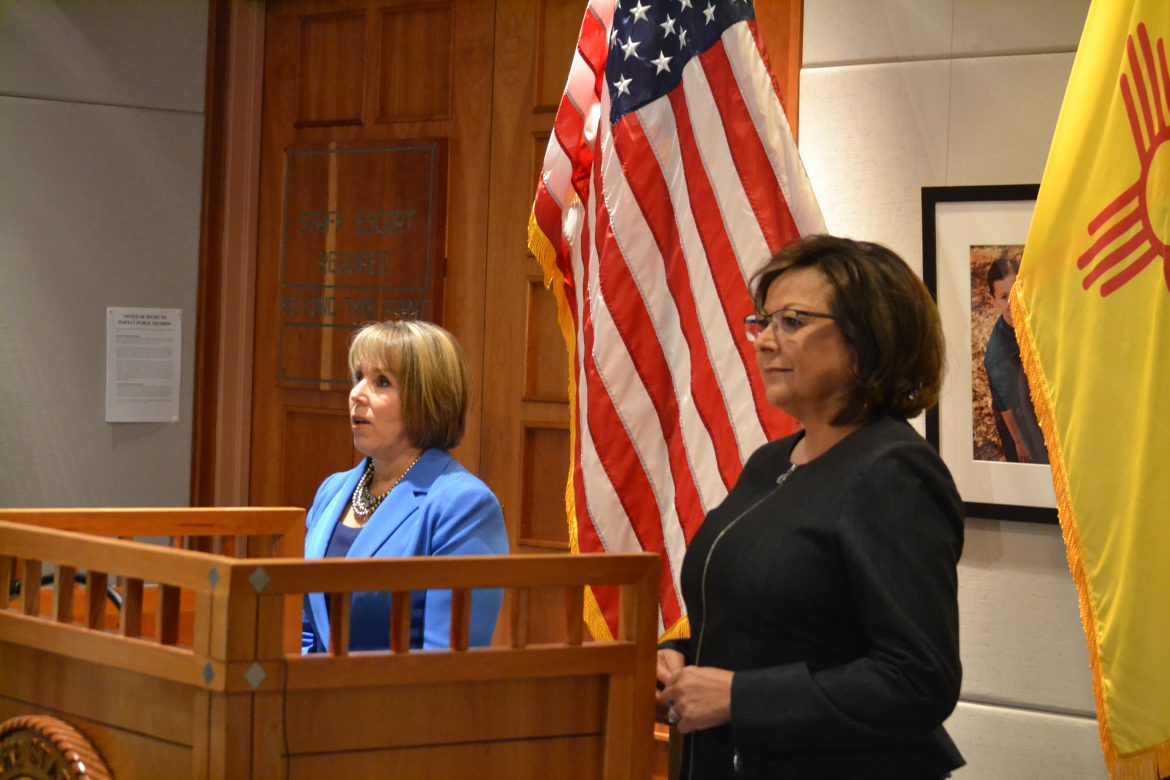 Governor-elect Michelle Lujan Grisham and Gov. Susana Martinez made their first joint-public appearance since Election Day on Friday to announce that the two are in the midst of a smooth transition.

Both Lujan Grisham and Martinez highlighted the significance of Martinez, the nation’s first Latina governor, handing the reins of state government over to another Latina.

Lujan Grisham will be sworn in on Jan. 1.

The outgoing governor also took a moment to take credit for handing over a healthy state government to Lujan Grisham.

“I am proud to be handing over the government in a state of great strength,” Martinez said.

Lujan Grisham said the two will continue talking about the transition, and making sure Lujan Grisham has access to information and current staffers and knowledge about any “risk management issues.”

The Risk Management Division, a branch of the state’s General Services Department,  oversees lawsuits or claims filed against the state or governor. There are still a handful of pending lawsuits against the state. Lujan Grisham will also decide next year  whether to appeal a state judge’s ruling that New Mexico is not adequate funding education. It’s a process Martinez started, but Lujan Grisham campaigned against.

The two did not discuss specifics about the conversation, which was long enough to make them more than an hour late for their scheduled press conference.

One reporter at the 13-minute long press conference asked  whether Martinez is interested in taking over as the United States Attorney General for recently fired Jeff Sessions—she’s not—and whether Lujan Grisham will send National Guard troops to the U.S./Mexico border— she probably won’t if she doesn’t see evidence of danger—Martinez said it was inappropriate to focus on anything other than the transition process.