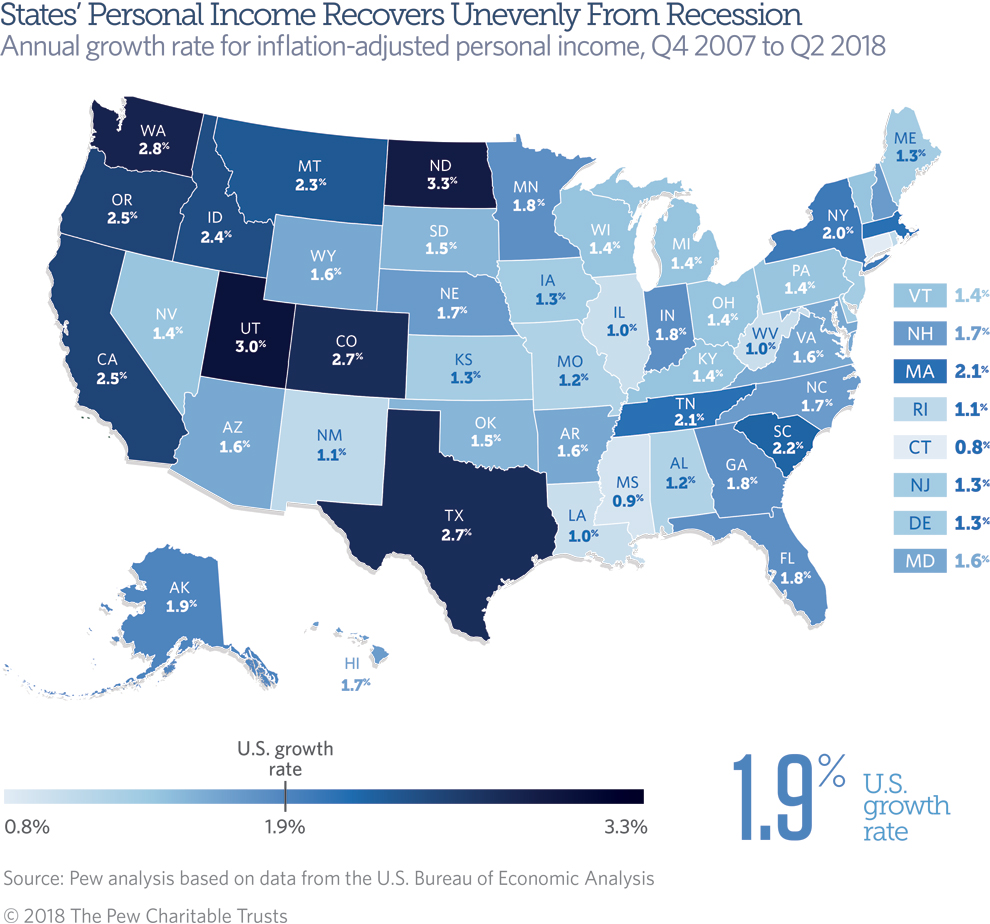 New Mexico’s personal wage growth continues to lag behind the country as a whole and the region.

The latest numbers from the U.S. Bureau of Economic Analysis, compiled by the Pew Charitable Trusts, shows that through the 2nd quarter of 2018, New Mexico’s personal income has grown just 1.1 percent since the Great Recession. That’s compared the national average of 1.9 percent.

Looking at just the most recent year, through the end of the 2nd quarter of 2018, New Mexico also saw just a 1.1 percent growth.

The West is home to many  states with the largest growth rates, both since 2007 and in the most recent year. This included Utah, Colorado and Texas, New Mexico’s neighbors, which all saw personal income growth of more than 2.5 percent in both the last 11 years and in 2017.

As the post by Pew says, these trends are important for many state governments because of the role of income taxes as revenue for the states. New Mexico, like nearly all states, requires a balanced budget each year.

The personal income data from the U.S. Bureau of Economic Analysis includes a number of income streams not just paychecks. It also includes Social Security benefits and health insurance and retirement benefits as well as money that’s made through property, including rent. It also includes benefits from public assistance programs such as Medicare and Medicaid.

The income does not include income from capital gains.