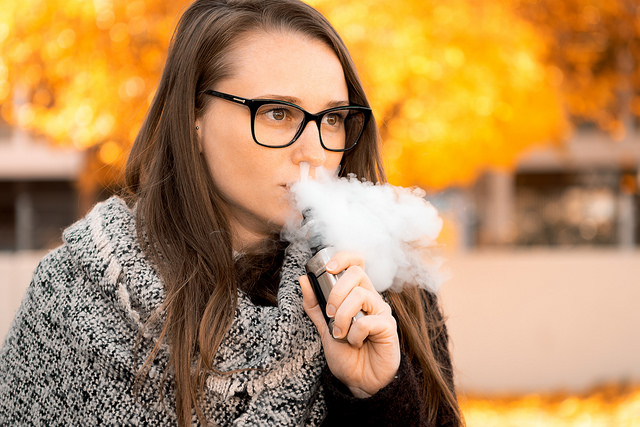 The Albuquerque Journal reported on September 17th that the U.S. Food and Drug
Administration issued warnings to 22 New Mexico businesses and fined one of them this past summer for selling electronic cigarettes to minors. It is of course illegal to sell e-cigarettes and tobacco to people younger than 18. Since the perpetrators include some of the nation’s largest mainstream retailers and convenience stores, including Walmart, Walgreen’s and 7-Eleven, it should illustrate to policy makers and citizens alike why tough, urgent action is needed at the state and local level.

Earlier the federal FDA Commissioner Scott Gottlieb stated that e-cigarette use, or ‘vaping’, among teenagers nationally now has reached “an epidemic proportion”. New Mexico’s youth are no exception. He subsequently announced new, sweeping government enforcement to halt sales to minors, targeting both manufacturers and retailers. Commissioner Gottlieb listened to public health advocates, parents and teachers, and is to be commended for his bold decision – but much more help is needed.

E-cigarette devices heat liquid – frequently infused with nicotine – into an inhalable vapor. They are sold in over 7,000 sugary flavors targeted to kids, like mango, cherry, strawberry and cotton candy. New high-tech, high-nicotine vaping products like Juuls and Blu are addicting a whole new generation of young people, putting them at risk for even more dangerous smoking tobacco use that would reverse decades of progress. More than 30 percent of teens who use electronic cigarettes go on to smoke traditional tobacco within six months of beginning the use the electronic versions.

In addition to the harmful effects of nicotine on youth brain development, e-cigarettes pose other health risks for kids. While e-cigarettes do not contain all of the harmful substances of deadly combustible cigarettes, they do possess dangerous substances such as formaldehyde, a known carcinogen, and other toxic chemicals. Some of these substances are known, and some are not. Many of the flavorings have never been tested, for example, and e-cigarette makers do not list their ingredients.

There has been a 75 percent increase in e-cigarette use among high school students in the U.S. in the past 12 months alone, according to the latest data from the National Youth Tobacco Survey.

It is no accident. The companies market their electronic products heavily to young people and to kids. The days of Joe Camel may be over, but they have been replaced by slick ad campaigns using social media to convey images of glamor and celebrities vaping. Manufacturers are never truthful about their marketing targeting teenagers. Millions of teenagers have seen these ads that have made e-cigarettes extremely popular.

Smoking costs our state $844 million in direct health care and Medicaid every year, and it results in countless deaths, diseases and cancers. The overall cost to our state is an astronomical one billion four hundred million dollars. This is a tax on all of use that we pay one way or another—all for profits for the tobacco companies. We can no longer afford to idly sit by as a younger generation is tricked into nicotine addiction.

There is already more than enough evidence that the surge in e-cigarette use by children
threatens their long-term health. That is why in the coming meeting of the New Mexico
Legislature, I will sponsor several preventative measures to keep kids safe.

We should increase the tax on cigarettes and especially e-cigarettes by $1.50. The tax would increase from $1.66 to $3.16 in New Mexico, generating $90 million annually. The connection between the price of cigarettes and people actually smoking is well established. It would keep thousands of kids from ever taking up smoking or e-cigarettes, and save the state millions of dollars in public health, insurance, lost wages and all the other associated costs. We have seen this legislation before, but now is the time to enact it.

Clean air is a basic human right of everyone. The real health dangers of second-hand smoke from traditional cigarettes is well known, but less discussed is the danger from being in the proximity of vaping substances. Reform is needed to prohibit e-cigarette use in all public places in New Mexico, including government buildings, public schools and universities, and health care facilities.

Without a change to the policy that ignores the use of kid-friendly flavorings in vapor products, the soaring growth in the use of dangerous e-cigarettes by children will continue. Our state must ban the flavored liquids used in electronic cigarettes once and for all.

New Mexico, with its high rate of poverty and large population of at-risk children, is on the front line of the growing threat to public health caused by e-cigarettes. We cannot wait for the FDA or Congress to address every problem associated with it, and we cannot cede authority to the industry to police itself.

Epidemics demand strong action. If we care about the children of New Mexico as much as we say we do, then let’s put the brakes on vaping now.

Cisco McSorley is a Democratic State Senator who represents Senate District 16 in Albuquerque.